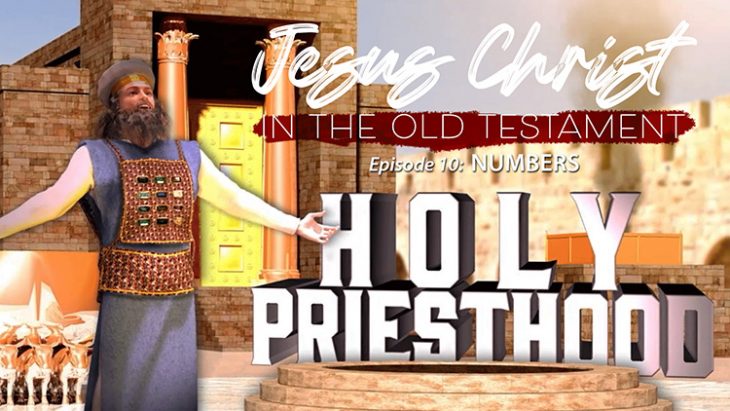 In the first segment of this series, we began to see if Jesus Christ can be found in the book of Numbers by focusing on God’s holy priesthood. We are aided by a guest on our television program Christ in Prophecy, Avi Mizrachi, who is the pastor of Adonai Roi in Tel Aviv and the founder of Dugit Outreach Ministries.

To summarize, Numbers is a book of the Bible that was written around 3,500 years ago, roughly 1420 BC. As the Children of Israel wandered in the wilderness, Moses outlined the duties of the priests and all the Levite men who would serve God. From here we’ll continue to search for Jesus in the book of Numbers.

The Prophecy of Balaam

Nathan Jones: Numbers 22 feels like you’ve reached an oasis in the middle of the desert of Numbers’ endless counting and lists because here it tells the story of Balaam and his talking donkey. What an interesting story! Avi, was it normal in Bible times for foreign nations to call prophets to come and bring curses down upon Israel?

Avi Mizrachi: Even in modern-day Israel, we are used to that happening. When Israel declared independence on May 14, 1948, all of our neighbors didn’t say, “Ahlan Salaam,” which means “Welcome.” No, just the opposite happened. Our neighbors declared war on us and cursed us bitterly. They cried out, “We will kill you and throw you into the sea!” So, nothing has changed since Bible times.

Nathan Jones: In a way then, we are still living in Bible times, aren’t we?

Avi Mizrachi: Yes. I would like to jump ahead in this story of Balaam to Numbers 24. Four times Balak asked Balaam to curse Israel. Four times! By Numbers 24:17, Balaam ends up blessing Israel. And, he adds, “I see him, but not now; I behold him, but not near; a star should come out of Jacob, a scepter shall rise out of Israel.” I find that declaration particularly interesting because now Balaam is talking about not just blessing Israel, but he is prophesying about the future and how King David would reign over Israel. And, not only King David, the scepter is going to be passed on to a descendant of King David who is the Messiah.

Tim Moore: I hadn’t even thought about that. That is a beautiful insight, Avi!

Numbers also tells us about God’s indignation rising as the Hebrew people alternately followed and obeyed and then fell away again. They’d gotten into a cycle of grumbling and complaining. In one instance, as punishment, God sent “fiery” serpents among the people and they would bite them and many people perished. To provide a counter to the curse, God told Moses to craft a bronze serpent and lift it up on a pole. This seems like kind of an odd practice to us today. And yet, anyone who looked at that bronze serpent and who trusted in God’s provision would be healed and be protected from the bite of the fiery serpents.

That bronze serpent on a pole become the symbol for our modern-day medicine. When you go to a doctor’s office you’ll see the emblem.

Note that Jesus cited that very incident as pointing to the Son of Man who would be lifted up, and all who looked to Him and put their trust in Him would be saved. And so, Jesus said in John 3:14-15, “As Moses lifted up the serpent in the wilderness, even so must the Son of Man be lifted up; so that whoever believes will in Him have eternal life.”

Avi Mizrachi: Amen and amen! That’s an amazing statement because there’s another scripture where it says that a person who hangs on a tree is cursed. So, in Jesus’ time, the people had to look on this person who has been crucified and cursed. Jesus became a curse for us. So that what? We may live! Only Jesus Christ could break the curse and heal us.

Tim Moore: So the serpent who was cursed by God was the one raised up on a pole. And, Christ being cursed was also raised up, just like the brazen serpent. The brazen serpent became a symbol pointing to Jesus Christ providing salvation.

Nathan Jones: As we try to find Jesus in the Old Testament, particularly Numbers, we find many instances of Jesus that we normally don’t think about. Another example, the Shekinah Glory of God would come down onto the Tabernacle just outside the door as a pillar of clouds. What personage in the Trinity the Shekinah Glory was we are not told, but as Jesus is the second person in the Trinity, His presence was there. Then there’s the Just Judge who didn’t tolerate sin or rebellion, clearly as we read concerning Korah’s Rebellion. God rebuked and He pardoned because He’s very gracious and merciful.

Let’s now explore the book of Numbers as to how it points to our High Priest. Avi, do you believe Numbers points to Jesus Christ as being our High Priest — the mediator between Christians and the Father?

Nathan Jones: And, with Jesus, He embodies all three ruling offices rolled up in one: King, High Priest, and Prophet.

Tim Moore: In the book of Hebrews the writer says, “We have such a high priest, who has taken His seat at the right hand of the throne of the Majesty in the heavens.” So, we can all agree that Jesus Christ is our high priest interceding for us before the Heavenly Father.

In the third segment of this series on finding Jesus Christ in the book of Numbers, Avi will share his testimony about how a Jew found Jesus as his Messiah.