Finding Jesus in the Book of Joshua: The Fall of Jericho 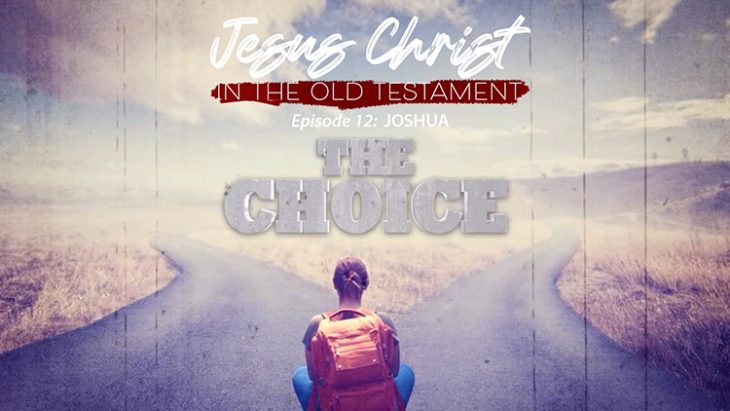 As one of the 12 spies Moses sent to reconnoiter the land of Canaan, Joshua, along with Caleb, had been eager to trust in the Lord and seize the Promised Land. When the other spies discouraged the people, filling them with tales of giants and challenges, the Lord sentenced the nation to wander in the wilderness for 40 years, long enough for that faithless generation to pass away. Only Joshua and Caleb were allowed to live long enough to enter the Promised Land.

Joshua had the distinct honor of following in the footsteps of Moses as the designated leader of the Hebrew nation. But, that honor represented an incredible challenge. What must have Joshua been thinking as he prepared to lead his people into the land of promise?

For those tracking the timeline of Old Testament history, the events in the book of Joshua occurred about 3,400 years ago, say 1,400 BC. It regales the reader with events from the Israelites at last crossing of the Jordan River to the conquest of most of the Holy Land.

To help us find Jesus in the book of Joshua, we invited to this week’s episode of Christ in Prophecy a man who reminds us of Joshua, both physically and spiritually — Amir Tsarfati. Amir was born in Jerusalem and served in key positions in the Israeli Defense Force. He is a passionate follower of Yeshua and a powerful voice calling Jews and Gentiles alike to recognize the signs of the times pointing to the Messiah’s soon return. He also is the founder and president of Behold Israel Ministries.

The Fall of Jericho

Nathan Jones: Amir, I was fascinated to find out that you once served as the Deputy Governor of Jericho. Since we will be teaching about Joshua as a type of Christ, it just seems fitting that you tell us about the city that God through Joshua and the Israelites destroyed so long ago. How could you become a governor of a city that was destroyed thousands of years ago and decreed would never be rebuilt again without suffering?

Amir Tsarfati: Joshua liberated Jericho and then took over the land, while I actually handed the administration of the city over to the Palestinians. So, big difference! I wish I didn’t have to do that, but biblically, surrendering a city is something that has to happen from time to time. Nevertheless, it was a privilege to serve in the military there in Jericho among all of those ancient antiquities. They are still present there as a testimony to the way the city was conquered when the walls came tumbling down. Not only can Jericho be found in the Old Testament, but it survived into the New Testament, for Jericho was where Herod the Great had built his palace. You’ll find sycamore trees still standing there. It’s a beautiful, beautiful place!

Tim Moore: Again, Amir, you remind me of Joshua because you are a man of strength and conviction. We read in the Bible how Joshua followed in the footsteps of Israel’s great leader, Moses. And so, the Lord had to encourage Joshua, who felt inadequate for the task at hand. God actually commanded Joshua not once, but three times, to be encouraged. God bucked him up for the challenge lying ahead of him. What exactly did the Lord say to Joshua?

Amir Tsarfati: The Lord said to Joshua in chapter one, “Be strong and courageous!” This counsel is something that we all need to remember from time to time. These traits are not readily a natural inclination to us, so we need to derive our strength from the Lord. We need to obey the Lord, for when He commands us, we are given great power, and anything becomes possible.

Nathan Jones: What’s fascinating to me is not only did Joshua stand strong in the Lord, but he showed his leadership ability by getting the people to also stand strong in the Lord. To think that 40 years earlier, the Israelites had all chickened out and refused to follow God into the Promised Land. But, Joshua, he got the people to stand with him and also be strong and trust the Lord. Would you say then that is why Moses picked Joshua to be his successor because decades earlier he had exhibited fearlessness and trust in the Lord?

Amir Tsarfati: Absolutely, I do believe so. Deuteronomy 34:9 says, “Joshua the son of Nun was filled with the spirit of wisdom, for Moses had laid his hands on him.” Moses passed the leadership baton, and with that came the wisdom that he needed to be able to lead the nation. His task was no longer to lead a nation around the desert, for now, he was challenged with entering into the Promised Land. He had to withstand many schemes of the Enemy on the one hand and potential disobedience by the nation he was leading on the other.

Tim Moore: Joshua clearly had learned from his own experience as a spy decades earlier and so knew how to handle to once more send spies into Canaan. Before Joshua brought his people into Canaan, he sent two spies to scope out their way. Instead of sending 12 spies and risking them coming back faithless and fearful, he only sent two spies.

When the spies had entered the gateway city of Jericho, they encountered a harlot named Rahab, and she protected them. She testified with these words from Joshua 2, “I know that the LORD has given you the land…” She went on to say, “…please swear to me by the LORD, since I have dealt kindly with you, that you also will deal kindly with me and my father’s household, and give me a pledge of truth.” Rahab had to make a choice, and she chose to side with God’s people.

Amir Tsarfati: Yes, Rahab made a choice, and it’s a choice that we all need to make. Remember that she became a token of biblical faith, and that is why Rahab is in the lineage of Christ. The Bible says in James 2, “Likewise, was not Rahab the harlot also justified by works when she received the messengers and sent them out another way?” You can clearly see that she became a member of God’s promise. She acted on that choice, which was an act of faith, and that was considered by James as righteousness attributed to her. Her story is quite incredible considering the fact that she was not Jewish, and considering the fact that her profession was quite a bit questionable.

The Defeat at Ai

Nathan Jones: On the other side of the faith coin, we’re given another story from the fall of Jericho. Joshua 7 tells us the story of Achan and what happened to the Israelites when they next went on to attempt to conquer the town of Ai. This story ends up showing what happens when people are disobedient and faithless.

Amir Tsarfati: The Children of Israel lost the battle in Ai and 36 of their men were killed in the attempt. The Lord answered Joshua’s prayer for clarification by saying to the effect: “Look, there is a reason for this defeat, and the reason is that there is sin in the camp. Somebody did something that I told them not to do.”

We call Achan in Hebrew Akan. The story of Akan is a story not only about disobedience but how sin affects the whole camp. Our actions make us responsible to the whole. We can go all the way back to the Garden of Eden and see how sin affects many more people than just the person who committed it.

Akan looted a Babylonian garment and some shekels of silver and gold from Jericho, which God told the Israelites not to loot. As punishment for his disobedience, Akan ended up paying for his sin, he and his whole household, and he lost all of his belongings. This is a very, very tragic story, but I believe it was a necessary lesson for the Children of Israel to be able to get their act together, obey the Lord, and move forward with God’s promise to lead them into the Promise Land. They had to learn to trust and obey and to learn what the consequences would be for disobedience.

The Deceit of the Gibeonites

Tim Moore: Joshua, Rahab, and Achan all had to make a choice to obey the Lord or not, and there are other people presented throughout the book of Joshua who also had to make choices. In Joshua 9, we read about the Gibeonites. These people lived in Gibeon and they, too, had to make a choice. Like Achan, they sought to gain by deception, and so they tried to fool the Children of Israel. They met Joshua’s camp and pretended they’d traveled from far, far away. They asked to make a covenant with the Israelites so that they wouldn’t destroy them. They could have followed the pattern of Rahab and treated God’s chosen people with kindness, and they would have been blessed for their choice to show honesty, kindness, and faithfulness, but instead, they tricked the Israelites.

The Lord obviously required the Israelites to honor their word. Still, instead of seeking the counsel of the Lord, the Hebrew people fell for the Gibeonites’ deception and took their word at face value. Once Joshua discovered their deceit, he condemned the Gibeonites to serve as hewers of wood and drawers of water. In other words, they were left alive but forced into a subservient role. They did not receive the same blessing that Rahab had been given for her choice of faith to bless the Israelites.

Amir Tsarfati: Absolutely, and we see the consequences of making wrong choices. The fact that you are a Jew or a non-Jew doesn’t matter, for when it comes to siding with God, we all have a choice to make, or suffer the consequence thereof. We can clearly see examples of that throughout the Bible. We see how often the children of Israel had to suffer collectively as a consequence of their choices when they did not seek the Lord, and here in the book of Joshua when they fell for the deception that the Gibeonites sold them.

Eventually, of course, the rest of the land of Canaan was taken shortly thereafter. The Hebrew people made an amazing pass from Jericho all of the way up to the mountains. We read in the book of Joshua about the wars against the local kings, and how in the Aijalon Valley how the sun and the moon stood still. That battle was basically the breakthrough in taking over the Promise Land. But, their mission didn’t start well, for it started with wrong choices, and the Israelites suffered the consequence thereof.

In the second segment of our study of the book of Joshua, Amir will guide us through what tragically happened as the Israeli campaign drew to an end.