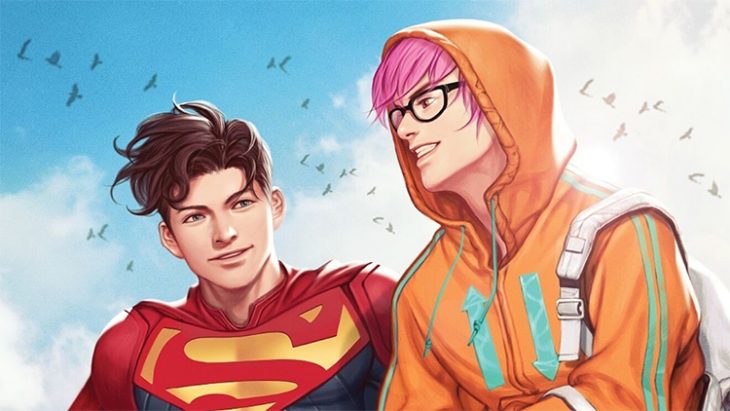 In 1938, Superman landed in America. Just as the nation was emerging from the Great Depression — and just before the crisis of World War II — the comic book character embodied characteristics that made America great.

Unassuming in the persona of Clark Kent, Superman possessed strength and power far beyond other men. He was “faster than a speeding bullet, more powerful than a locomotive, and could jump tall buildings in a single bound!” The writers who crafted this fictional character summed up his heroic attributes: Superman stood for “truth, justice, and the American way.” Superman resonated with the American public because those ideals were universally understood in the middle of the 20th Century.

But in just the past 20 years, those ideals have been treated with skepticism or outright hostility. An increasing number of Americans pointedly believe that America is incapable of truth or justice. And it would be hard to find a consensus on what the “American way” even means today. Certainly, across the political spectrum, our elected leaders cannot even annunciate what that should mean.

But in recent months, the character of Superman has taken a dramatic turn. Eager to embrace the “woke” sensibilities of our modern age, the writers who mold and shape the Superman character have decided to reveal that he is bisexual. They timed the surprise to correspond with “National Coming Out Day” in October.

To be clear, the 21st Century Superman is the son of Clark Kent and Lois Lane. Originally introduced as Superboy, this now-grown superhero is being presented as non-heterosexual. He now has a male boyfriend, and their romantic encounters will be highlighted as part of the narrative going forward.

With his ability to fly, protect the innocent from evildoers, and hear the annunciated concerns of the entire world, Superman represented a secularized messiah. In 2013, Warner Brothers even commissioned a nine-page briefing entitled “Jesus: The Original Superhero,” to convince Christians to attend “Man of Steel” — the latest movie in the series. Sent by his father to dwell among us, Superman’s life exemplified a fictional shadow of Christ — until now.

In a clearly messianic passage, Psalm 2:12 advises, “Do homage to the Son, that He not become angry, and you perish in the way, for His wrath may soon be kindled.” The son of Superman may still leap tall buildings and outrun speeding locomotives, but he now represents a false messiah. And the American Way has become a broad road celebrating deviancy and immorality — hurtling toward the wrath of God.

But soon the real Superman — the God-Man Jesus Christ — will come for His Bride. After that, He will return to reign — dwelling with us and flooding the earth with Truth and Justice. And that is not merely a comic book sentiment, that is a promise of God.