Finding Jesus in the Era of the Kings: The Cry for a King 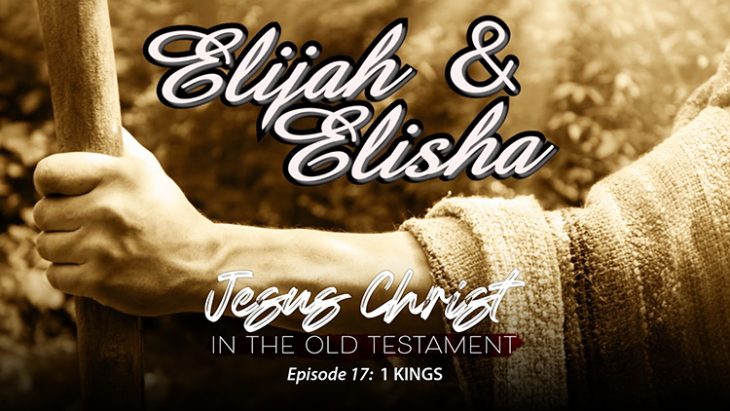 The Cry for a King

Nathan Jones: In 1 and 2 Samuel, we witness a passing from the judge, priest, and prophet Samuel who served as a kind of a link between the time of the judges and the reign of the kings. The people had cried out that the judges system wasn’t really working for them. Samuel’s own sons were just not good leadership material, and Samuel had gotten too old to lead. Instead, the people wanted a king like all of the other nations. The problem with their request was that God Himself was already their King. He was their perfect King. But, they wanted a human being who would lead the tribes and not a divine being whom they believed never left the Tabernacle.

The people’s request really grieved both God’s and Samuel’s hearts. God did agree, though, and so He authorized the Israelites to anoint a human king. Typical, the people backed the guy who was beautiful, tall, and mighty. They judge based on outward appearance. That man was Saul. Inwardly, though, Saul was a coward and he was unfaithful to God.

Saul would decades later be replaced by God’s true and faithful one — King David. King David unified the tribes, conquered their enemies such as the Philistines, and established Israel as one united nation.

Now, we get to 1 Kings which sets the stage for the passing of the torch. David has become an old man and he is about to die. Certain sons are popping up declaring themselves to be the new king. David’s wife, Bathsheba, reminds him that the kingship had already been promised to her son, Solomon. First Kings 2 tells an important story because it establishes Solomon as the new king and which then propels the narrative going forward for the rest of the book.

Tim Moore: It certainly does. The narrative arch of 1 Kings takes us from the death of David to Solomon’s expansion of the kingdom and his building of the Temple. Then we are told how Solomon strayed from his faithfulness to God and the subsequent very tragical division of the kingdom into two nations. That leads to the accounts of the rise and fall of the kings in Judah and Israel, leaving off at the end of this particular book with Ahab and the role of the great prophet Elijah. So, 1 Kings covers about 80 years, from 930 to 850 BC.

Back to the account about how the people clamored for a king, Samuel told them that it wasn’t a very good idea, and yet they demanded it anyway. Why would having a king be more of a curse than a blessing?

Tim Moore: It certainly is. Samuel in 1 Samuel 8:10-18 offered that warning to the people, but they did not heed his warning. Instead, they cried out: “We want a king! We want to be like everyone else.” And so, they got a king.

As you’ve already indicated, Saul was not necessarily the king who was after God’s own heart. Saul started out strong but then he veered grievously, grieving the Lord before finally being cast out as the Holy Spirit was taken from him. Then the Israelites got David who was a king after God’s own heart, though he still made grievous errors. Solomon followed — the wisest man who has ever lived — and yet he strayed. And then, immediately after Solomon’s death, we see another son rising up who wants to be the king of Israel.

The Fall of Solomon and Rehoboam

Tim Moore: First Kings 12:10-11 tells the story of how Solomon’s son and heir to the throne, Rehoboam, acted foolishly. His father had built the Temple and greatly expanded Israel’s kingdom, so you can imagine Solomon had to have resorted to great taxation in order to do achieve all of his expansion projects. King Rehoboam had the chance to take a different path when Israel’s elders came and advised for a little break from all of the taxation.

Rehoboam didn’t listen to the wise older elders, though, and instead listened to his young friends who had grown up with him. They advised him in verse 10, “Thus you shall say this to the people who spoke to you, saying: ‘Your father made our yoke heavy, now you make it lighter for us!” But you should speak to them: ‘My little finger is thicker than my father’s loins!” Talk about chutzpah there! “Whereas my father loaded you with a heavy yoke, I will add to your yoke; my father disciplined you with whips, but I will discipline you with scorpions.'” Rehoboam agreed and tried to impose an even greater burden on the people. That did not turn out very well for him, though. Samuel was exactly right about the burden of kings.

Nathan Jones: I’m reminded of how during my years at Bible college we students went through a Walk Thru the Bible seminar. I don’t remember too many of the hand gestures that went with memorizing the overall story of the Bible, but I do remember the signs for the three kings. We would point to the heart and hand over hand say, “Saul no heart.” Making our hands into a heart shape, we’d say “David full heart.” And making only a one-handed half of a heart sign we’d say, “Solomon half heart.”

In other words, Solomon started out with a great love for the Lord and He, in turn, blessed him with great wisdom. But, Solomon eventually fell into the great sin of having what the Lord said not to have: don’t have too much gold, too many wives, nor own too many horses. Under Solomon, Israel experienced its biggest and most productively bountiful era in all of Israel’s history. The country was wealthy and grew, but Solomon’s heart faded.

Tim Moore: In 1 Kings 10, it is revealed that the wealth that Solomon took in annually was 666 talents of gold. Once he began to acquire all of this gold and added a bunch of wives as well, his heart began to stray. That number becomes critical in looking forward to the end times as foretold in Bible prophecy.

Nathan Jones: True, the number 666 is the Mark of the Beast, as well as the number of Man.

At least Solomon started off with all of the wisdom that God had given him. For being the wisest man in the world, though, the Bible reveals that Solomon’s pagan wives brought him down by their idol worship. Men aren’t very wise when it comes to women.

Solomon’s son, Rehoboam, showed that he lacked any wisdom whatsoever. In this story about Rehoboam and his people who were already being taxed to death to finance Solomon’s empire, Rehoboam proved his foolishness by not relenting and instead declaring he would tax them even more.

It’s interesting because even though this story happens about 120 years after Samuel had become a judge, the people are still thinking tribally. The twelve tribes are still thinking of themselves as tribes rather than as a united nation. So, in response to Rehoboam’s edict, ten of the tribes go north and follow a man named Jeroboam while the other two — Benjamin and Judah — continue with Rehoboam.

Now, whether Rehoboam continued with his high taxation plan or not afterward, probably not, because his wealth dried up once most of his subjects departed, Israel would remain divided going forward. The divided kingdom was the curse that God had placed on Solomon which was foretold by a prophet. God basically said, “You have left me so I am going to break up your kingdom.” But, the Lord added this, “Not in your lifetime.” This delay is interesting, for God would say the same thing to a number of Israel’s and Judah’s other kings once they repented from whatever sin. They would repent and God would then add, “Okay, I’m still going to destroy your kingdom, but it’s not going to be during your lifetime.”

Tim Moore: That’s the mercy of God. If only Solomon, let alone his sons and the kings that followed him, had heeded David’s words of counsel. Told in 1 Kings 2:1-9, as David’s time to die drew near, he realized that he was soon about to depart the world and so he wanted to pass along wisdom to Solomon. This is what he says beginning in verse 2:

Here is the key:

“Keep the charge of the Lord your God, to walk in His ways, to keep His statutes, His commandments, His ordinances, and His testimonies, according to what is written in the Law of Moses, that you may succeed in all that you do and wherever you turn, so that the Lord may carry out His promise which He spoke concerning me, saying, ‘If your sons are careful of their way, to walk before Me in truth with all their heart and with all their soul, you shall not lack a man on the throne of Israel.'”

Obviously, David’s descendants strayed. And yet, there would be the One who would come who would completely fulfill that promise to walk before the Lord God Almighty — the Father — in truth with all His heart and with all His soul. In other words, Jesus Christ became the Man who would ultimately fulfill that promise, for we look forward to Jesus reigning on the throne of His father David.

Nathan Jones: Right, that goes back to the Kingdom promise that was given to David, that there would always be someone sitting on the throne of David. Now, if a particular descendant of David failed, that didn’t negate the Kingdom promise, as there would always be someone to take his place. Even during the Exile, there was still always someone like Zerubbabel who could inherit the position, if not the throne. When we get up to the time of Jesus Christ, He became the ultimate fulfillment of that promise, and so there is no longer any need for David to have any further progeny to fulfill that role for Jesus is eternal and forever.

Concerning the Davidic Kingdom, how amazing that a little country the size of New Jersey has been given a promise to be the seat of the Kingdom of Christ over not just the entire globe during the Millennial Kingdom, but on into the Eternal State on the New Earth. So, this Davidic promise starts as a little seed, or a little bud, of a promise that will eventually fill the whole earth.

In the third and final part of this series “Finding Jesus in the Era of the Kings,” we’ll seek out the messianic types found in the book of 1 Kings.