Finding Jesus in the Book of Ezra: Resisting the Pagan Culture 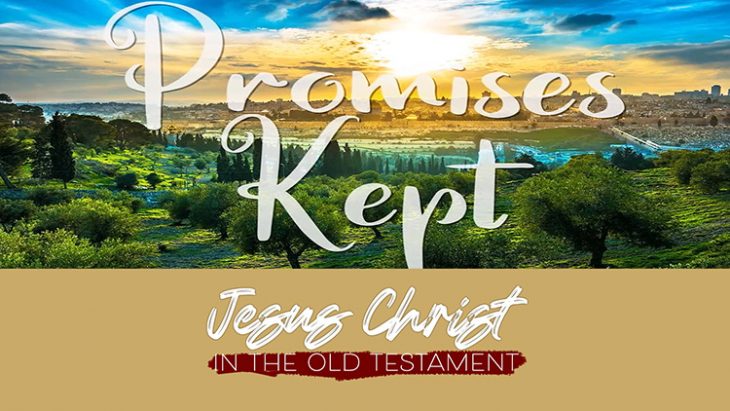 To help us mine the wisdom of the book of Ezra, we are joined by our special guest teacher, Bob Russell. Bob served for decades as the lead pastor of one of the largest churches in Kentucky.

Falling Into a Pagan Culture

Tim Moore: The Babylonians had taken away the people of Judah decades earlier, and the Assyrians had already conquered northern Israel, and so the Hebrew people’s period of captivity really began in about 722 BC, roughly 300 years earlier than Ezra’s time. Most of the exiles had been dwelling in Babylon. They had lived there so long that many of the Hebrew people didn’t even want to return to Israel. The imposition of Babylon over the Jewish people is a theme that runs all the way throughout the Bible and even into the book of Revelation. The Jewish people had become assimilated into the Babylonian culture. While some held out hope for returning to their native land, most others didn’t have any motivation to return to the Holy Land. There still remained a large contingent of Jewish people living in Babylon, or what is today Iraq, even up to the time of Saddam Hussein.

What lessons can we learn about the influence of paganism in the Christian culture today in the light of what Revelation tells us we should be anticipating with the end times resurgence of Babylon?

Bob Russell: It is hard for me to determine whether everybody should have gone back to Jerusalem or not. Once the Jews settled in Babylon, God had instructed them through the prophets to settle in and be a blessing to that culture. Just like Joseph was a blessing to the household of Potiphar and then the household of Pharoah, God’s people should be a blessing in the culture where they live. A number of Jewish people settled in Babylon and so maybe they were supposed to remain there to provide God’s influence.

I think about Jesus calling Peter and John and the disciple to leave their nets and follow Him, and so they left their occupation and followed Jesus. Then the demon-possessed man who had been cleansed of his demons said, “I want to follow you.” But, Jesus said: “No, you go back home and stay where you are and be an influence there. Tell of the great things God is doing for you.” So, maybe some of those exiled people should have remained in Babylon.

I think about how kids in school today are just bombarded with propaganda that is against the Christian worldview. I hear kids automatically using terminology that endorses Evolution. For example, I was talking to some kids about an alligator and one said, “Oh, man, that is prehistoric; that goes back a lot longer than everything else.” No! God created the alligators at the same time He created other animals.

We can become absorbed by the pagan philosophy of the culture. The Prince of Darkness is an able influencer, to young people especially, in this culture. Adults have the same problem. I think about how easily we become absorbed in the drinking culture, the drug culture, and things that were considered evil years just a few years ago that were not considered okay, even among people in the Church.

Nathan Jones: Bob, why do you feel this to be the case? Why is it so easy to get indoctrinated into the pagan culture so that our churches tend to slip from their doctrinally sound, biblically-based positions to usually doctrinally very watered down and almost meaningless worship?

Bob Russell: There’s a phrase in Scripture that says, “They wanted to please men more than God.” The approval of people is so important to many of us. I’m thinking of a list of three fears that people have: the fear of death, the fear of disapproval, and the fear of being criticized and rejected by the culture. When it comes to sin, at first we grow silent, then we begin to endorse it, and then we begin to participate in it ourselves. And yet, the Bible calls us to come out and be separate. I don’t think that means odd or weird, but there has to be a strong stand taken.

Let me tell you a little story. When I was nine years old, I played Little League baseball. I came home excited one day and I said, “Mom and Dad, our team is going to see the Cleveland Indians play in a couple of weeks. All we have to do is wear a uniform and take a sack lunch and we will get in to see the ballgame free. I’ve always wanted to see a Major League baseball game.” Well, they rejoiced with me, that is, until they looked and found out: “Hey, that is Sunday! We go to church on Sundays.” So, I said, “I always go to church. Can’t I just this once go to the ballgame?” But, they said, “No, church is more important.” That Sunday morning my dad drove right by where the kids were getting on the bus and going to the ballgame, they even beeped their horn and waved on our way to church. I dove down into the back seat because I didn’t want my friends to think I was a religious nut or something.

Through that disappointment, my parents taught me a lesson that not only is church important, but that we Christians are to be different. Christ-followers are meant to be distinctive, and that means that sometimes we have to stand against the culture.

Tim Moore: I appreciate Jeremiah the prophet in Jeremiah 29 telling the people being exiled to Babylon to live and to prosper and to be a blessing there. In the last couple of years, our society has also been consumed by fear, oftentimes due to an unseen virus. We know that this virus will eventually play itself out, just like all of the other pestilences that have come and gone in recent human history. Surveys indicate that our culture is growing less and less biblically literate. Even those who would claim to hold faith in Christ are not holding to a consistent biblical ideology. They aren’t really aligning with biblical principles when you ask them specific questions.

How alarmed should Christians be? And, how can parents and grandparents be a positive influence on their children when the culture is driving them so hard in an opposite direction?

Bob Russell: First of all, being an example is the most important response. I was so blessed to have been raised by Christian parents. Their language was pure, their life was consistent, and their testimony was bold. Such an example left an indelible impression on me.

Second, both the home and the Church need to make a concerted effort to teach people the Bible. I grew up going to church Sunday mornings, Sunday nights, Wednesday nights, two-week revival meetings, Vacation Bible School — every time the door was open we were there. We’ve cut back on those services to the place where people are just going one hour on Sunday morning and maybe only twice a month. Therefore, parents have to be sharp enough to realize they can’t trust the churches alone to teach the Bible to their children. From the time little kids are born, parents need to start reading the Bible every night to their kids and teach them from the Bible. Moses taught the children of Israel to write God’s Word on the doorframes of their houses and to talk about Him when you walk along the way.

Third, the Church has got to make a more concerted effort to teach people the Bible. Small groups need to be more than merely discussion groups, rather they need to be Bible study groups. That’s why I encourage preachers to make most of their preaching expository preaching so that they are getting as much Bible into their people as they possibly can.

There are a lot of young preachers who think that doctrine doesn’t matter anymore, that it’s just, “We are going to follow Jesus.” But, the two go hand-in-hand. The Bible says to watch your life and your doctrine carefully. David said, “Your word I have hidden in my heart that I might not sin against You” (Psalm 119:11). In order to withstand the pressure of this culture, we’ve got to hold God’s Word deep in our hearts to the point that it comes out of our pores; that it becomes second nature to us.

When Jesus was tempted by the Devil in the wilderness, He quoted Scripture. And so, we as churches and as families have got to be more intentional about teaching people the Bible and discipling them.

In the third and last part of this series on Finding Jesus in the book of Ezra, Bob Russell will teach us how to prepare for a spiritual revival.

Apostasy in the Church   Church and Ecclesiology   Israel   Society