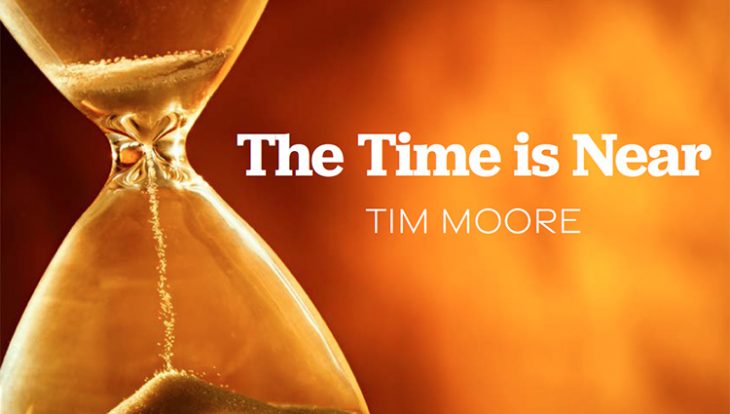 Discerning Christians recognized a hundred years ago that the world was on the cusp of calamitous events with prophetic significance; Hal Lindsey, Tim LaHaye, David Reagan, and others emphasized the signs of the times pointing to the coming of the Lord beginning in the 1970s and 80s. Christians for 2,000 years have anticipated the Rapture of the Church — someday. What has changed?

What has changed is the culmination of signs.

Today all the various signs are increasing in frequency and intensity. That is measurably true in the realm of natural signs. Storms and other natural disasters are happening more often — and with greater impact to human life. Societies are disintegrating before our eyes — with the formerly Christian West rushing toward Post-Christian secular humanism. Spiritual signs — both positive and negative — are multiplying. The nations of the world are tracking toward the anti-Israel alignment foretold in Bible prophecy. Technology has advanced to the point that the dire and fantastic dystopian warnings offered in Revelation are feasible today.

And, overriding all of that, the presence of Israel on the world stage — and the growing isolation and animosity it is experiencing from the community of nations — fulfills Jesus’ prophecy of the cursed fig tree. 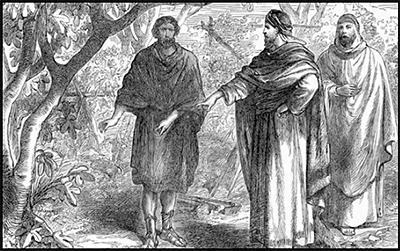 He Is Near, Right at The Door

Some consider Jesus driving the moneychangers from the Temple to be the most dramatic incident for our meek and humble Lord. But the incident that seems far more uncharacteristic is Jesus’ cursing of a fig tree that was not bearing fruit (Matthew 21:18-19a and Mark 11:12-14). Mark makes a point of recording that it was not the season for figs. Surely Jesus knew that. Why expect a tree to bear fruit out of season? And why curse it for simply existing according to its own nature? Even the disciples seemed surprised to see the tree wither so dramatically (Matthew 21:19b-22 and Mark 11:20-22).

Jesus was clearly making a point to His disciples. In that moment He emphasized the sovereignty of God and the power of prayer. Later, however, He offered them — and us — insight regarding the end times. During an extended description of His promised second coming, Jesus said, “Now learn the parable from the fig tree; when its branch has already become tender and puts forth its leaves, you know that summer is near; so, you too, when you see all these things, recognize that He is near, right at the door” (Matthew 24:32-33). 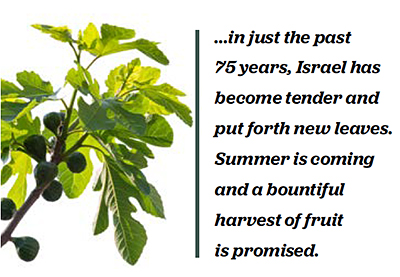 Israel is that fig tree, as demonstrated repeatedly in Bible prophecy (Hosea 9:10, Jeremiah 8:13, Jeremiah 24, and Micah 4:4). It was cursed, cast aside, and exiled for an extended period because it did not bear much fruit — even though the time for it to bear much fruit had not yet come. But in just the past 75 years, Israel has become tender and put forth new leaves. Summer is coming and a bountiful harvest of fruit is promised.

The point for us is that this overriding sign — the reestablishment of Israel, its re-possession of its ancient capital of Jerusalem, the growing animosity of the world that will lead to outright hostility against Israel (driving it to the end of itself and into the arms of God) — tells us that He is near, right at the door.

The Light Shines in The Darkness

In the beginning, God’s first creative utterance was, “Let there be light” (Genesis 1:3). His light pierced the darkness and was good.

The world 2,000 years ago was a dark place. The Canon of Scripture as we know it had closed out with Malachi, the prophet who ended his book with the ominous words, “and smite the land with a curse” (Malachi 4:6). That phrase ended a prophetic passage of hope. God promised to send “Elijah the prophet before the coming of the great and terrible day of the Lord” (Malachi 4:5), but the Jewish people living under Roman oppression surely felt like their land had been smitten with a curse.

In the midst of that dark hour, Simeon and Anna were living expectantly. They were looking for the Lord’s Messiah — and realized a great blessing when they were able to meet and hold Jesus as a baby. The Holy Spirit had revealed to Simeon that he would “not see death before he had seen the Lord’s Christ” (Luke 2:26). 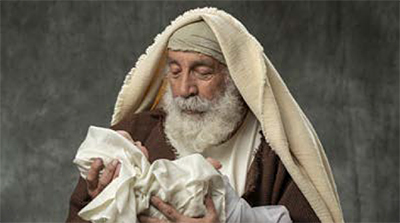 Similarly, while Jesus lay in the grave, the disciples were not full of hope. They were dejected and dismayed. Their world had been shattered and they were not sure how to proceed. But when Jesus rose again, their eyes were open and they understood His victory over darkness and death. Once they were filled with the Holy Spirit, they were inspired to lives of dedicated service — full of expectation, even then, that Jesus would come again. Our upcoming celebration of Resurrection Day reminds us of that victory and points to the promise of our own resurrection at the Rapture of the Church.

We live in another era when darkness has descended upon the earth. Oppression is rising and hope is waning. But Christians are not subject to darkness or consigned to hopelessness. We already know the Blessed Hope; we already have the Light of life (John 8:12). Paul is so bold as to say, “You, brethren, are not in darkness, that the day [of the Lord] would overtake you like a thief; for you are all sons of light and sons of day” (1 Thessalonians 5:4-5a). His clear message is that we should discern the signs of the times pointing to Jesus’ soon return.

In the third and final part, we’ll explore just why God has provided signs to look for that point to Jesus’ Second Coming.

Return of Christ   Signs of the End Times