Hope in Lamentations with Joni Eareckson Tada (Part 1 of 4) 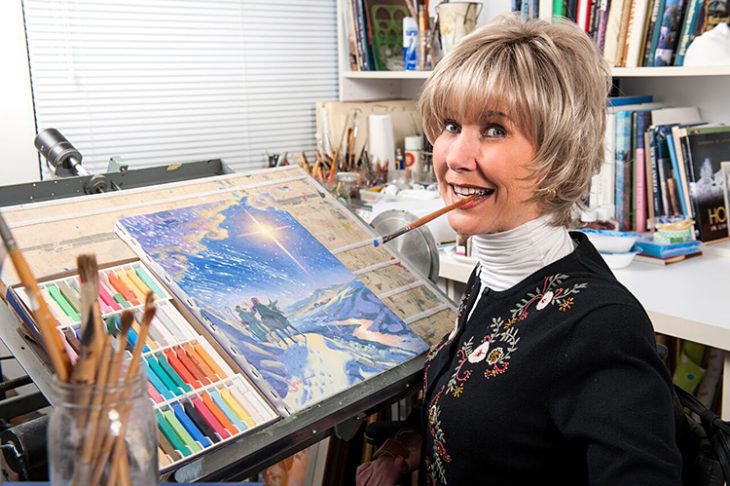 Tim Moore: If you missed our most recent episode of Christ in Prophecy, then you really missed out on a great blessing. Joining us on our program was special guest Joni Eareckson Tada!

Joni’s testimony will give you hope. Her life changed in an instant when she dove into the Chesapeake Bay and broke her neck. At the tender age of 17, she became a quadriplegic. Refusing to wallow in despair, she overcame unexpected adversity to serve as an example of how to live by faith through extreme suffering. To cite Jeremiah 29:11, “God had a plan for her, to give her a future and a hope.”

Nathan Jones: Joni guided us through the writings of Jeremiah, the so-called “Prophet of Doom,” particularly Jeremiah’s second book — Lamentations. In our “Jesus in the Old Testament” series, we’ve left the period of the kings of Israel and Judah, from roughly 1000 to 600 BC. The era was a sad commentary on the decline of a nation that initially had pledged itself in a covenant relationship to Almighty God.

Tim Moore: Jeremiah’s book of laments captures his heartbreak at witnessing the ravishing of Jerusalem and the people who refused to repent of their faithlessness and wickedness. Written shortly after the fall of the city in 586 BC, it is the saddest book in the Bible. It contains horrors almost too graphic to read. But, even as he expresses the bitterness crushing his heart in Lamentations, Jeremiah clings to the mercy of God, expressing hope in the midst of despair.

Tim Moore: Joni, you were confronted with a calamity. At some point or another, all of us will experience at least a minor calamity in our life, and it is only human nature to dwell on our pain and loss. Without dredging up too many painful memories, please share how the accident affected you initially, both spiritually and psychologically.

Joni Eareckson Tada: As you can imagine, I was utterly devasted. I am seventeen years old, athletic, on the go, and ready to head to college. I had asked the Lord Jesus right before I was to go to college orientation if He would please do something in my life that would bring me closer to Him. I knew that college would have its temptations, and so, I wanted a closer walk with Jesus.

Now, I had prayed that prayer right before high school graduation. And, not but two weeks after my graduation from high school, I took a reckless dive thoughtlessly into shallow water. My head hit the bottom of a sandbar. The impact crunched my neck back, smashing my vertebra, and severing my spinal cord.

I cannot begin to tell you the despair I felt, especially having just asked God to give me a closer walk with Jesus. I remember laying in the hospital bed thinking, “Lord Jesus, if this is your idea of an answer to prayer to draw me closer to you, then I’m never going to trust you with another one of my prayers again.” I was devastated, and so I plummeted into depression.

But, thank the Lord, there were Christian friends who were praying. Real quickly friends, when people ask me: “Joni, what should I say, or what should I do, for this person who just suffered a catastrophic injury or illness?” My first response is “Pray!” because we wrestle not against the flesh and blood of spinal cord injury or other disabilities, no, we wrestle against powers and principalities that would love nothing more than to keep us steeped in depression. So, I thank God for Christian friends who were praying for me back then.

Nathan Jones: Praise the Lord! Most people might not know, at least in the younger generation, that there was a whole movie made called Joni dedicated to telling your life and experience, should they wish to know more about your testimony.

Obviously, when you don’t have access to your body anymore, that’s a very despairing situation. Was there a particular Bible verse that helped you keep going and help you become an overcomer? Because, Joni, you clearly are an overcomer.

Joni Eareckson Tada: During my depression, there was one Christian friend who pulled up a chair by my hospital bedside and he said: “Joni, I know you want to get out of your despair. Let me give you a Bible verse that can be your anchor. Start here.” And then he quoted to me 1 Thessalonians 5:18, “In everything give thanks, for this is the will of God in Christ Jesus concerning you.”

I remember saying to my friend, “What?! No way! I’m not going to do that. I don’t feel thankful. I’d be a hypocrite if I did that.” And he wisely said, “Joni, let’s read the verse today. It doesn’t say ‘in everything feel thankful,’ rather it says ‘in everything give thanks.'”

There’s a really big difference between trusting God and having trustful feelings. So, you’ve got to push your emotions aside. Push away that box of Kleenex. Just take a deep breath, a step of faith, and start giving thanks.

Those small, drastic obediences of giving thanks really exercised my muscle of faith. Over time I began to feel thankful. I believe it was God’s reward for my faithfulness in relying on His Word. He gave me the emotion of thankfulness. So, I would point to 1 Thessalonians 5:18 as the verse that really kick-started me on the path of righteousness and back to God.

Tim Moore: Joni, so many people will look upon your physical limitations, as they are obvious and apparent, but they will also see that you have become an overcomer. Many people in our society today carry deep emotional and spiritual scars. How can we be sensitive to the hurt and suffering happening to lives all around us and still point people to the kind of faith that you exhibit?

Joni Eareckson Tada: As I said at the onset, pray for these people. Don’t pray sporadically, rather pray committedly, diligently, and specifically. Come alongside them. I had friends who were faithful in visiting me on a regular basis. They not only brought their Bibles, but they also brought their guitars, and they brought pizza. When I got a weekend pass, they took me to a local mall. They did things with me. They just embodied the gospel of Jesus. They didn’t just preach at me — they loved me. And of course, love is a verb; it does things. Their expressions of love got me back into the mainstream of life.

I also think it is important to be realistic. This July made it 55 years that I’ve been in a wheelchair. I also live daily with chronic pain. I don’t sleep very well because I am often awakened by the pain. There are mornings, actually on most mornings, I wake up and before my eyes are even opened I’m crying out: “Oh, God, I cannot do this one more day. I’m so tired of this pain. I don’t have the endurance. I can’t do quadriplegia anymore!” But, then I add: “Jesus, I can do all things through you who strengthens me. Lord Jesus, I am empty. I am cavernous. I need your filling. I can’t do one more hour without You. God help me!”

And, do you know what? It is in this way that God loves to pour out His grace on people. He resists the proud. He resists those who hit the alarm, jump out of bed, throw back the covers, take a shower, scarf down breakfast, and race out the front door on automatic cruise control without hardly ever giving God the tip of the hat of a quiet time. He resists those people. But, He gives grace to the humble. The humble are simply people who wake up in the morning realizing their desperate need for Jesus. It’s how I’ve lived these past 55 years in a wheelchair, which makes my smile pretty authentic, and not made of Colgate, for sure.

In the second part of this special interview with Joni Eareckson Tada, she will share some of the Bible verses that have helped her become an overcomer.