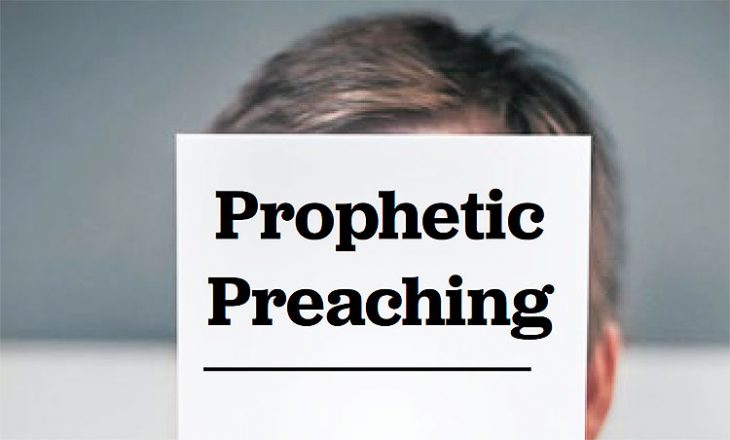 [Editor’s Note: Our special contributing author, Pastor Robert J. Morgan, is the teaching pastor of The Donelson Fellowship in Nashville, Tennessee. He is also a best-selling writer and has more than 35 books in print and more than 4 million copies in circulation in multiple languages.]

I have never understood why some preachers shy away from the preaching of the signs of the times and the end of the age. Some Bible teachers don’t like to deal with prophetic themes or predictive passages about the future. Perhaps they don’t think these passages are very relevant to current life. Perhaps they aren’t sure of how to interpret them or they find them confusing. But…

The apostle John didn’t feel that way. He gave us the book of Revelation.

The apostle Paul didn’t feel that way. His epistles and letters are filled with information about the end times.

The apostle Peter didn’t feel that way. He described the day of the Lord as coming like a thief in the night, in which the heavens would disappear with a roar and the elements would be destroyed by fire.

The Lord Jesus Christ didn’t feel that way. He’s the one who talked about the period of great distress, unequaled in human history, which would precede His Second Coming.

And the Lord of the Bible didn’t feel that way, because He gave us a book that is packed with prophetic information.

Recently I came across some calculations done by Dr. J. Barton Payne, which appeared in a book called Encyclopedia of Bible Prophecy. Dr. Payne was a Presbyterian Bible scholar and professor of Old Testament at Covenant Theological Seminary in St. Louis. He also taught at Bob Jones University, Wheaton College, and Trinity Evangelical Divinity School.

He served on the translation committees for both the New American Standard Bible and the New International Version.

According to Dr. Payne, there are over 31,000 verses in the entire Bible — 31,124 to be precise. Out of those 31,000 verses, over 8,000 contain predictive material or predictive prophecy when they were written — 8,352 to be exact. In round numbers, 8,000 of the 31,000 verses in the Bible are prophetic. That means 27 percent of the Bible is predictive prophecy. In other words, over one-fourth of the Bible was prophetic when it was written! [i] Some of those prophecies were historical predictions that have already been fulfilled, but others still point toward the future.

Which books in the Bible contain the most predictive prophecy? Well, according to Dr. Payne:

Our hope has to be interwoven with warnings. The prophets were big about warnings; the Lord Jesus Christ was constantly warning people; the Apostle Paul would warn people; the book of Revelation is filled with warnings. We have got to warn people of the wrath to come — of the judgment of God.

Then we must quickly say that God loves us and Jesus came and died on the cross and rose from the dead for us. We must believe in Him and if we do we have eternal life.

Pastor Morgan captures the truth that God’s prophetic Word is scattered throughout the Bible with much of it predictive. That is one of the wonderful attributes that sets the living God apart from every false god (Isaiah 46:9-10).

Why then do some preachers shy away from the prophetic Word? Why do they deprive their congregations of the things revealed (Deuteronomy 29:29)? With Satan raging, the Church needs to hear the encouraging message that Jesus is coming soon and unbelievers need to be warned to flee from the wrath to come (Matthew 3:7).

[ii] This is according to Dr. Payne’s research. Other Bible scholars put the percentage much higher.