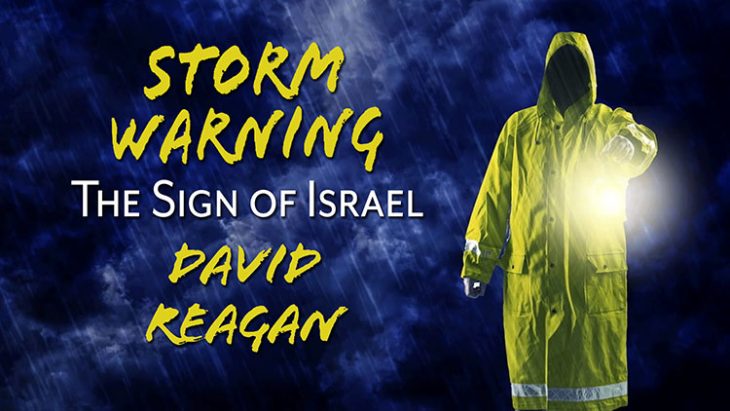 In this series, we’re looking at a sign of Israel that has been largely overlooked. It’s about the Jewish preparations for the Messiah. In Part 1, we learned about the events leading up to the Jewish people fulfilling Bible prophecy by once more being in control of the Holy Land and their capital, Jerusalem. Now we’ll explore how far along the Orthodox Jews have gotten in planning the Third Temple.

Ever since that day since the Jewish people reoccupied the Old City of Jerusalem, there have been Jewish groups who have been trying to get ready for the rebuilding of the Jewish Temple, until finally, they all came together and a particular group began to dominate all of the preparations for the building of a new Temple. That group is one that many people know about, for many who have toured Israel have visited their headquarters in the Old City of Jerusalem. They’re called The Temple Institute. If you ever go to Jerusalem, make sure you go to their headquarters and see the preparations that have been made and are continuing to be made for the building of the Third Jewish Temple.

This particular group has widespread activities that include producing the architectural blueprints for the new Temple. All of the blueprints have been drawn. Go to their website and look at them in detail.

In addition, they have made all of the instruments that will be used for Temple ceremonies, the sacrifices, and all the ceremonies. Many, many different instruments have been made.

They have prepared the oils and the incense to be used in the Temple. These oils are based upon the ancient formulas that they’ve discovered.

In addition to this, they have been preparing the major items that are located inside the Temple itself. For example, they built the golden Table of Showbread.

The most exciting item crafted is the Temple menorah. In Solomon’s Temple, there were ten menorahs. In the Second Temple, there was one magnificent menorah, which we know was stolen by the Romans. We know that because the Romans celebrated their victory over Israel by building a huge structure in Rome and on the frieze of that structure the Romans showed themselves taking the Jewish prisoners into Rome as they were carrying the Temple’s menorah. This new menorah is six and a half feet tall. It contains 95 pounds of gold. It is valued at somewhere around $10 million. It’s on display in the Old City of Jerusalem out in the open but with protection all around it.

In addition to that item, The Temple Institute has prepared the Altar of Incense that stands right before the curtain to the Holy Place. They have also designed and manufactured a mobile Altar of Sacrifice, which has been declared kosher by the chief rabbi of Israel and will be used until the priesthood is able to build the permanent sacrificial altar that cannot yet be built until the Jews occupy the Temple Mount.

In addition to crafting all of those items, they are engaged in all kinds of genetic research to determine who the descendants of Aaron are today that would qualify them to be priests in the new Temple. As these priests are identified, they are then sent to a school that they have developed where they can be taught how to do all of the sacrifices once made in the ancient Temple, as well as perform all of the other duties that the various priests and Levites had to do.

So, the Orthodox order in Jerusalem is engaged in major, major preparations for the arrival of the Messiah.

Finding the Ark of the Covenant

The First Temple — Solomon’s Temple — contained the Ark in the Holy of Holies. But, the Second Temple, built after the Babylonian exile, never had the Ark of the Covenant in it. The reason the rabbis say that they never had the Ark in the Second Temple was because since the exile Israel was always under foreign control, either under the control of the Persians or under the control of the Romans. And so, they never took the Ark out of its hiding place to put it in the Holy of Holies because they did not think it was proper to do that if the Jews did not control the land. So, The Temple Institute has not made a replica of the Ark of the Covenant and they will not because they’re absolutely convinced they know where it is today.

In March of 2019, the founder of The Temple Institute announced that the preparations for the Third Temple are so complete that the Temple services could be activated on the Temple Mount within four hours after access to the Mount is granted. Now, that’s pretty overwhelming! Think about that for a moment. They say they are so prepared that within four hours after they have been granted access to the Mount, they can start the sacrifices going.

I think they’re going to rebuild the Tabernacle in just a matter of a few hours. Then I think they’ll start offering sacrifices. Then, they’ll start building the new Temple around it and above it and have it finished by the middle of the Tribulation.

For example, if you go up onto the Temple Mount, you cannot hold your wife’s hand. You can’t open the Bible and read it. You can’t have a prayer because the Muslims will throw you off the Temple Mount if you do any of those things. So, the Muslims actually operate and control the Temple Mount, even though it’s under Israeli sovereignty. Therefore, the Israelis are not allowed to conduct any archeological excavations to prove that this was the actual site of the two Temples. But, the Jews are convinced it is the proper site.

The second thing that happened, in addition to the Temple preparations that indicate that the Jewish people really believe the Messiah is coming at any moment and which I think is another sign of the times that Jesus Christ is truly coming soon, is that in 2004 the Sanhedrin was formed. The Sanhedrin had not existed for a long, long period of time. In fact, the last action of the Sanhedrin took place in Tiberius in 358 A.D. So, not since 358 A.D. has a Sanhedrin existed.

The Sanhedrin is simply a council of 70 Jewish sages headed up by the high priest who acted as the Supreme Court of Israel during the time of Jesus. They were the ones who condemned Jesus to death. But, it’s been a long time since the Sanhedrin has existed, but now suddenly it’s been formed. Members of the Sanhedrin are very photo shy and they’ve never allowed a photograph to be made of the entire group. But, there is now a modern-day Sanhedrin that meets on a regular basis to discuss all kinds of Jewish issues.

It’s very interesting that the very first thing the Sanhedrin did once it formed in 2004 was to appoint a committee of their members to do research to determine the exact location of the First and Second Temples. They have been doing that research and they’re coming up with all kinds of evidence as to where those Temples originally existed.

Another interesting thing about the new Sanhedrin is that this group has announced they believe with all their hearts that their authority has to exist before the Messiah can come. One of the reasons they were so insistent on forming in 2004 is because they believe that when the Messiah comes He must first be interviewed by the Sanhedrin to determine His authenticity. They claim they will determine His qualifications, and if qualified, will announce Him to the world, and at that point, the Messiah can begin to reign. His authenticity must be determined by the Sanhedrin, they believe. Whether Jesus has something to say about that or not, it’s a very interesting development that’s going on over in Israel.

In the third and final part of this series about the signs of Israel, we’ll be shocked at what the Bible has to prophesy once the Third Temple has been built.