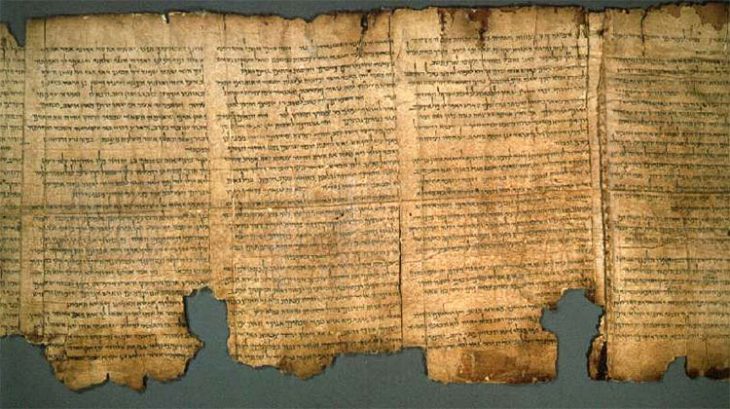 Each December, families look forward to sharing time together. That is especially true on Christmas, the day we celebrate the Lord Jesus coming to earth and being born in a stable in the little town of Bethlehem.

Centuries before Jesus’ birth, the prophet Micah prophesied that this small village would be the Messiah’s birthplace. The prophet Isaiah foretold that a child would be born of a virgin, and a King would be given to Israel. Hundreds of years before His birth, these and other Old Testament prophets gave amazing details about the Messiah’s first Advent.

But did Jesus Himself ever speak about His second Advent or “Second Coming”? I believe He did in His very own hometown of Nazareth. Luke 4:14 records the scene. Jesus returned to Galilee and began teaching in synagogues throughout the region. Luke says that Jesus was praised by all for His teaching and insight. One particular Sabbath, Jesus entered the synagogue in his hometown of Nazareth.

As the scroll of Isaiah was handed to him, Jesus stood up to read. He unrolled the scroll and publicly read from what we refer to as the sixty-first chapter of that prophetic book.

Because Luke paints such a wonderful word-picture, in my imagination I can see Jesus standing on the teaching stone, possibly close to the Moses seat, facing the leaders of that tiny village. His listeners were people who knew Him well. Some of them would have grown up with Jesus, while others were old enough to remember Him as a young boy and young adult working in His father’s carpenter shop.

They would have heard about His growing impact in the region and been eager to hear their hometown boy. I can see the Jewish men gently rocking back and forth. I can envision heads solemnly bowing as Jesus tenderly but authoritatively recited the first two verses of Isaiah sixty-one:

“The Spirit of the Lord God is upon Me,
Because the Lord anointed Me
To bring good news to the humble;
He has sent Me to bind up the brokenhearted,
To proclaim release to captives
And freedom to prisoners;
To proclaim the favorable year of the Lord.”

I can imagine His voice bouncing off the block walls of the synagogue, as each word hung in the air. Isaiah prophesied that someday, the long-awaited Messiah — the Savior of Israel — would arrive and proclaim this amazing truth of freedom and deliverance.

Did those in attendance that Sabbath morning realize that the Spirit of the Lord was upon the familiar young man speaking to them? Did they understand that Jesus would fulfill the prophesied words of Isaiah recorded seven centuries earlier? Did the atmosphere change as He pronounced the Good News? Did they realize that the promised Messiah was essentially launching His public ministry that day?

I trust that most, if not all, in attendance were familiar with the words of Isaiah. Many of them could probably mouth the words as Jesus read them aloud. When Jesus began the second verse, I can only imagine His listeners’ surprise as he stopped reciting the prophet’s words in mid-sentence.

Was there something wrong? Did one of the synagogue leaders command Him to stop? Reading Luke’s account, I can almost feel the tension when Jesus stopped reading. Luke describes the scene this way: “He rolled up the scroll, gave it back to the attendant, and sat down; and the eyes of all the people in the synagogue were intently directed at Him” (Luke 4:20).

The Prophetic Word Made True

In verse 21, Jesus dropped the bombshell. He said to them, “Today this Scripture has been fulfilled in your hearing.”

That statement provoked amazement as the crowd grappled with His words, saying, “Is this not Joseph’s son?” (Luke 4:22). Jesus then confronted the hardness of their hearts by citing examples of God’s prophets being rejected by the very Jews they were sent to address. “But He passed through their midst and went on His way” (Luke 4:28-30).

The uproar that ensued is palpable in Luke’s recounting of that day as: “…all the people in the synagogue were filled with rage as they heard these things; and they got up and drove Him out of the city and brought Him to the crest of the hill on which their city had been built, so that they could throw Him down from the cliff. But He passed through their midst and went on His way” (Luke 4:28-30).

At the beginning of this article, I asked a simple question: Did Jesus Himself ever speak about, or give a clue to, His eventual return, His second Advent, His Second Coming? Yes, He did. In fact, I believe that is the reason He stopped reading in the middle of the second verse of Isaiah 61.

In Jesus’ first Advent, He came to earth as a servant. He came to heal the brokenhearted, to set people free from bondage, and to make the blind see and the lame walk. However, when He returns, He will fulfill the rest of Isaiah’s prophecy.

What Jesus did not say during that amazing Shabbat service, was that He was also proclaiming “the day of vengeance of our God” in that tiny synagogue in His hometown of Nazareth. That part of Isaiah’s prophecy still awaits fulfillment. But when Jesus comes again, He will come as the Righteous Judge and the day of repentance will be over.

Two thousand years ago, Jesus came as a suffering servant. The prophesied sacrificial lamb, His innocent blood was shed to cover the sins of the guilty — meaning your sins and my sins. But when the day comes for His return, He will come as the Lion of Judah. He will execute God’s wrath on a world that has sadly rejected His free gift of salvation. As God told his prophet Isaiah to proclaim, the day of grace will turn into the day of vengeance.

Each Christmas we celebrate the miraculous birth of our Lord and Savior. On that momentous night when Jesus was born, an angel appeared to shepherds near Bethlehem. Luke tells us that the angel said to them, “Do not be afraid; for behold, I bring you good news of great joy which will be for all the people; for today in the city of David there has been born for you a Savior, who is Christ the Lord” (Luke 2:9-11).

It is fitting to anticipate and celebrate Christmas, the day commemorating Jesus’ first coming, with great joy. But we should be just as excited that He is coming again. In that small intimate synagogue in Nazareth on a Sabbath morning, Jesus told the world that He is coming again and that He will finish what He started. Fulfilling the remaining portion of Isaiah 61:2, He will execute “the day of vengeance of our God.” Look up, for our Redemption draws near!