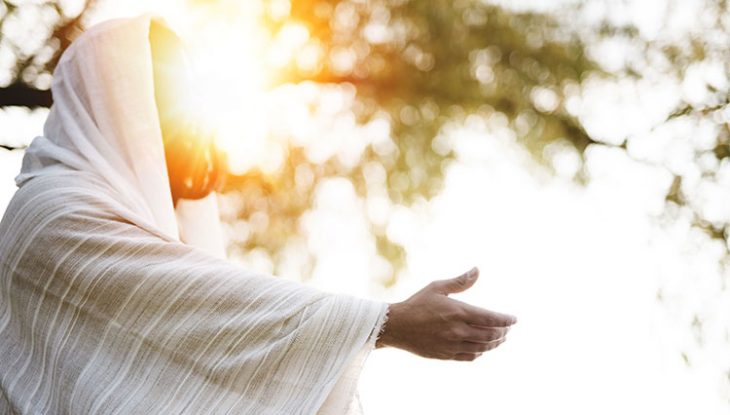 [Note: Our guest contributor, Robert J. Morgan, is the teaching pastor of the Donelson Fellowship in Nashville, TN, and a best-selling author.]

“Isaiah said this because he saw Jesus’ glory and spoke about Him.” (John 12:41)

In 2013, an atheist group paid to put up one of those electronic billboards in Times Square. It flashed a question to the pedestrians below: “Who Needs Christ During Christmas?” The billboard then flashed the atheists’ answer to their own question: “Nobody.”

Well, the atheists are half right. They are asking the right question, but their answer is wrong. The correct answer is: “Everyone.”

Perhaps those who put up the sign have never investigated the evidence for the historical reality of the person of Jesus Christ and the remarkable way in which his coming fulfilled the Messianic prophecies of the Old Testament. The people of our Lord’s own day were skeptical too. As he entered Jerusalem at the beginning of Passion Week, many people were saying: “Who needs Christ? Nobody.” But the apostle John pointed out that everyone needs Christ, and that the evidence for the person of Christ is as clear and accessible as opening the book of Isaiah, which was written seven hundred years before the birth of our Lord. Isaiah saw his glory and spoke about him. Isaiah is so Christ-centered that it has been called the Fifth Gospel.

All the Messianic predictions in the writings of Isaiah are worthy of careful study, but here are some rich samples:

1. His Virgin Birth
(Isaiah 7:14)
“Therefore the Lord himself will give you a sign: The virgin will conceive and give birth to a son, and will call him Immanuel.”

2. His Galilean Upbringing
(Isaiah 9:1)
“In the future He will honor Galilee of the nations, by the Way of the Sea, beyond the Jordan. The people walking in darkness have seen a great light; on those living in the land of deep darkness a light had dawned… For to us a child is born, to us a son is given, and the government will be on his shoulders. And he will be called Wonderful Counselor, Mighty God, Everlasting Father, Prince of Peace.”

4. His Swallowing Up Death on a Mountain
(Isaiah 25:6-8)
“On this mountain the Lord Almighty will prepare a feast of rich foods for all peoples… On this mountain he will destroy the shroud that enfolds all peoples, the sheet that covers all nations; he will swallow up death forever. The Sovereign Lord will wipe away the tears from all faces…”

5. His Flint-like Determination to Prevail Through Suffering
(Isaiah 50:6-8)
“I offered my back to those who beat me, my cheeks to those who pulled out my beard; I did not hide my face from mocking and spitting. Because the Sovereign Lord helps me, I will not be disgraced. Therefore have I set my face like flint, and I know I will not be put to shame.”

6. His Cross and Resurrection
(Isaiah 52:13–53:12)
“He was pierced for our transgressions, he was crushed for our iniquities; the punishment that brought us peace was on him, and by his wounds we are healed. We all, like sheep have gone astray, each of us has turned to our own way; and the Lord has laid on him the iniquity of us all. He was oppressed and afflicted, yet he did not open his mouth; he was led like a lamb to the slaughter, and as a sheep before its shearers is silent, so he did not open his mouth… He was assigned a grave with the wicked, and with the rich in his death, though he had done no violence, nor was any deceit in his mouth… After he has suffered, he will see the light of life and be satisfied; by his knowledge my righteous servant will justify many, and he will bear his sins.”

7. His Transforming Impact
(Isaiah 61:1-3)
“The Spirit of the Sovereign Lord is on me, because the Lord has anointed me to proclaim good news to the poor. He has sent me to bind up the brokenhearted, to proclaim freedom for the captives and release from darkness for the prisoners, to proclaim the year of the Lord’s favor, and the day of vengeance of our God, to comfort all who mourn, and to provide for those who grieve in Zion — to bestow on them a crown of beauty instead of ashes, the oil of joy instead of mourning, and a garment of praise instead of despair.”

In the passages referred to above, which are a small portion of all the Messianic predictions in the Old Testament, we learn the Messiah would:

“What Child Is This?”
This, this is Christ the King,
Whom shepherds guard and angels sing;
Haste, haste to bring Him laud,
the Babe, the Son of Mary.