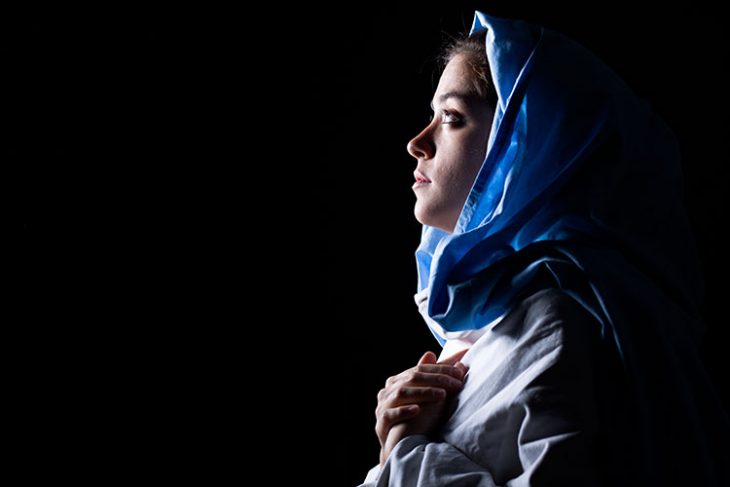 How should Mary be treated?

Tim Moore: Let’s consider for a moment the example of Mary.

Mary was a young woman called by God and who was informed by the angel Gabriel that she would conceive in her virginity and bear the Messiah. What a tremendous privilege and honor! But, also what a tremendous burden for her because she knew that she would immediately become ostracized by her family and community. And yet, she responded to God’s will by saying: “Behold the maidservant of the Lord! Let it be to me according to your word” (Luke 1:38).

We learn from the song of Mary — her Magnificat — that she expressed great joy (Luke 1:46-55). She rejoiced in singing, “My soul magnifies the Lord, and my spirit has rejoiced in God my Savior” (v. 47).

Can you imagine this response coming from a young girl? Historians believe Mary could have been in her middle teens when she was expecting baby Jesus. Knowing that this pregnancy would become a very challenging period in her life, with potential ostracization by family and friends, yet she recognized that she’d been called by God and blessed by the angel’s announcement. Mary also knew she was in need of a savior, and she looked forward not just to the birth of the baby, but to the arrival of the Savior (v. 47).

Nathan Jones: When it comes to Christmas, the story of Mary has become a tragedy among two different groups of people, as each approach Mary very differently. On one hand, we’ve got the Catholic Church which overemphasizes Mary.

Many false doctrines have crept into the Catholic Church over the years involving Mary. Catholic priests now teach the immaculate conception of Mary, in other words, that not only was Jesus born sinless, but Mary as well. They also teach the assumption of Mary in that she, like Jesus, was taken up to Heaven and dwells there.

Catholics also teach that Mary has remained a perpetual virgin, even though such a teaching ignores the references in Mark 6:3 and Matthew 13:55-56 which describes Jesus having four half-brothers and at least two half-sisters. Clearly, Mary did not stay a virgin.

The greatest of the Mary heresies teaches that she is a co-redemptrix with Jesus Christ. We are hearing this false teaching come more and more out of the Catholic Church. Remember Luke 1:47 where Mary says, “My soul magnifies the Lord, and my spirit has rejoiced in God my Savior.” If Mary become a co-redemptrix with Christ, if she was sinless, if she was assumed to Heaven, then why exactly would she need a savior?

Tim Moore: The second group of people — the Protestants — just ignore Mary and cast her aside almost in a knee-jerk rejection to the Catholic adoration that goes to the extreme. Protestants swing the pendulum to the opposite side.

Christians instead need to approach Mary from a balanced perspective. In other words, recognize that just like us, Mary was in need of a savior, so not divine, yet she was a young woman who is a worthy exemplar of faithful obedience to God. What a blessing she became to the whole world! Even as Mary’s song says, “henceforth all generations will call me blessed” (v. 48). And, sure enough, we do. The world for centuries has considered Mary blessed by God and privileged to have become the mother of our Lord and Savior.

Nathan Jones: Let’s look again at how Mary reacted to the news that she would become pregnant, “Behold the maidservant of the Lord! Let it be to me according to your word” (Luke 1:38). She didn’t respond by decrying her women’s rights, or challenging God over what right He had to her body, or declaring that she would need to have an abortion, or any of all of the other craziness that we see today coming from modern feminists. No, instead, what we see is the perfect submission to the will of God. That’s what God wants from His followers — He desires perfect submission.

To think that Mary mothered Jesus and took care of Him for so many years. Can you imagine raising the Savior of the world? How does that work exactly? It works because Mary had perfect obedience to God, and that’s the attitude God is looking for in each of us so that we’ll return to that perfect, restored relationship God once had with humanity in the Garden of Eden.

So, how should Mary be treated? Neither with worship or neglect, but with respect.