The American constitutional system was the first government devised by Man that was based upon biblical principles.

Its cornerstone was a belief in the evil nature of Man, which produced a conviction that no person can be trusted with power. This belief that Man’s nature is corrupted and irreparable (apart from the power of the Holy Spirit) represented a radical departure from history. Until that time, most of Mankind had always been ruled by kings who were considered to have a divine right to rule and who usually ended up ruling like they thought they were gods.

I am reminded of the children of Israel when they arrived in the Promised Land under the leadership of Joshua. The Lord God Almighty served as their king. He protected them and blessed them with freedom and prosperity. When they took their eyes off Him and rebelled, He would allow foreign nations to conquer them. When they repented, He would raise up leaders, called judges, who would deliver them from foreign domination.

This unique form of supernatural rule continued for 400 years until the people rose up in rebellion during the judgeship of Samuel and demanded an earthly king so that they would be “like all the other nations” (1 Samuel 8:5, 20). Samuel tried to warn them that an earthly king would abuse his power and make their lives miserable by sending their sons into war, exploiting their daughters, confiscating their fields, and imposing heavy taxation (1 Samuel 8:10-18). But they would not listen, and they got what they asked for — a long history of abusive kings.

A Unique Form of Government

The American colonists rebelled against such a king, and they had no intention of replacing the British monarch with an American one. What is amazing is that they did not proceed to establish an oligarchical form of government since most of the leaders of the American Revolution were wealthy aristocrats.

But the vast majority of them were also devout Christians, and they were fully aware of the biblical teaching about the fallen nature of Man (Jeremiah 17:5,7,9):

Accordingly, our Founding Fathers did not trust anyone with power — not even themselves. They therefore proceeded to construct a government that would limit the use of power. 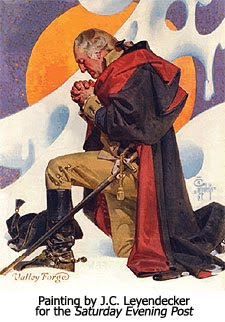 Equally important was their conviction that the Word of God constitutes a higher law to which all men and governments are subject and that the fundamental rights of Mankind are derived from that law and not from government. Thus, in the nation’s Declaration of Independence, Thomas Jefferson wrote:

“We hold these truths to be self-evident, that all men are created equal, that they are endowed by their Creator with certain inalienable rights, that among these are life, liberty and the pursuit of happiness. That to secure these rights, governments are instituted among men, deriving their just powers from the consent of the governed.”

To put it another way, the Founding Fathers of our nation expressly rejected the traditional philosophy of Humanism and its concept that Man is basically good and capable of perfection and that therefore those who are highly educated have a natural right to rule over those less fortunate. They also rejected the radical form of Humanism that came to prevail in the French Revolution and which produced a reign of terror — namely, a belief in the essential goodness of the common man.

They therefore carefully constructed a representative republic with an ingenious set of checks and balances. For example, in the original government established by our constitution, there was only one national official directly elected by the people — the local Congressman who was elected to serve for two years in the House of Representatives. Senators were not directly elected. They were appointed by state legislatures, and this continued to be the case until the adoption of the 17th Amendment in 1913 which requires the selection of Senators by direct popular vote.

Today, all electors are selected by popular vote. Even so, the system of selecting the President continues to be indirect since voters are voting directly for electors and it is the electors who directly select the President. Thus, in the election of 2000, George W. Bush was selected as President by the Electoral College (271-266) even though his opponent, Al Gore, garnered more popular votes (543,895 more than Bush).

Our Founding Fathers also divided the powers of government between the federal government and the state governments, defining what was given to the central government, prescribing what was denied to state governments, and stating that all other powers were retained by the States (10th Amendment). Within the federal government, power was further divided between three branches — legislative, executive, and judicial. And the basic rights of the people to be protected from all governmental intrusion were spelled out in the Constitution’s Bill of Rights (the first ten amendments approved in 1791 and considered to be a part of the original Constitution since their proposal was essential to the ratification of the Constitution). 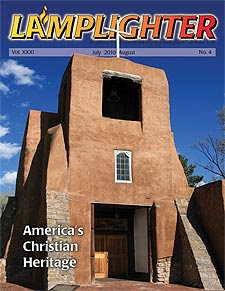