Q) If God is really a God of love, why didn’t He just put an end to evil? 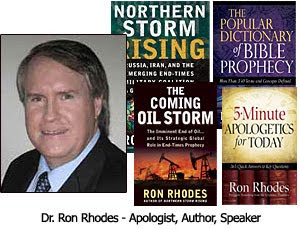 One thing God did as soon as man got himself in invading the world with our own sin and evil is He engaged in a rescue mission for us. He’s been involved in that rescue mission ever since, and it’s all based on Jesus Christ and His work on the cross. So, that’s the good news!

God did give us free choice, and some people try to blame God for that. But, look at it this way. Henry Ford created the Ford car. It was a good car. But, let’s say that some man decides to drive that car after drinking some alcohol. He drives down the street and crashes into a building. Are we going to say that Henry Ford is a bad man for creating the Ford? No! He’s not the person who did something wrong. It’s the man who used his free will to drink alcohol, to do something wrong, before he drove. You see, that’s the person who is at blame.

So, I don’t think that we should blame God for giving us free will. I’ve never seen a person walking down the street with one of those signs that says, “Down with Free Will” or “Back to Bondage.”

I think that if God had created a bunch of those little robots, like where you pull the string on the back and it says, “I love you,” just imagine an entire universe of those. Would that bring glory to God? Not really, you just pull it and it goes, “I worship thee, O Lord God.” That certainly doesn’t bring glory to God.

What would bring glory to God is if God created free human beings in which many of whom are going to choose to freely follow Him and worship Him for all eternity. Of course, the very gift of free will also means that some people will misuse that free will. Some people will choose against God. But, as C.S. Lewis put it, in the end this scenario brings much more glory to God than a universe of robots.

It is amazing how free will and evil are two sides of the same coin. We can’t have one without the other. To have evil, one must of their own volition choose to not do the right things that God has told us we need to do to live, to love, and to function in a universe that can only operate by certain rules that have been put there to keep us from harm. We’d never have to worry about the effects of sin if there was no evil, and there would be no evil if in our own free will we didn’t choose whether consciously or subconsciously to disobey God’s statutes.

But, it is also that same free will that makes us rebel and with the first mutinous thought become evil that also allows us to choose God. We can choose to believe in Jesus as the Son of God and forgiver of our sins, which causes us not to eternally perish but to have eternal life, as John 3:16 and other verses tell us. The part of ourselves that condemns us — free will — coupled with Jesus’ atoning sacrifice grants us amnesty from our own rebellious, sin natures.

What always amazes me about God’s character is that very free will that God has equipped us with is the very tool God uses to winnow humanity down to the believing remnant that desire to dwell with Him forever. It’s rather like the marriage process. After a number of dates with various ladies over the years, I found a woman who wanted to spend the rest of her life with me. She chose me as much as I chose her. Our lives have become one till death do us part. So, too, with God, as He wants to spend a “no death will ever part us” eternity with people who actually want to spend it with Him. Can you imagine living with someone you wish you never met and may even hate forever and ever? Certainly not! No, that very free will God built into us is the very mechanism that creates a perfect forever.

God allows evil because by our own free will He metaphorically is boarding a plane of travelers bound for the Great Hereafter. Because He’s God and therefore all knowing, He even knows ahead of time who wants to take the journey when the offer’s made via a prompt by the Holy Spirit, a concept we call predestination.

And so, evil will exist until the very last person has accepted the Captain, taken the ticket of salvation, boards the plane of faith, and arrives at the forever destination. He truly is a loving God!