There are two characteristics of SDA eschatology that should be mentioned.

First, their writings are extremely anti-Catholic in nature. They have been from the beginning and continue to be so to this day. The Catholic Church is blamed for the abolition of Sabbath-keeping, and the papacy is considered to be the Antichrist. Ellen White hated “Romanism” with a passion, and she correctly predicted that the Protestant world would become more accommodating to Catholicism.12

Another characteristic of SDA end time prophetic interpretations is Replacement Theology. They teach that the Jews got what they deserved in the First Century when God poured out His wrath in 70 AD on Israel and Jerusalem. They believe the Jews have been set aside as God’s Chosen People, and that the Church has replaced them, inheriting all the promises that were made to them in the Hebrew Scriptures.

The amazing thing is that these anti-Semitic views are expressed very strongly by two SDA spokesmen who happen to be Jews — Doug Batchelor and Steve Wohlberg! 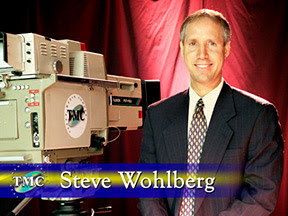 In a book entitled Exploding the Israel Deception, Steve Wohlberg asserts that the book of Revelation must be read with “Middle East symbolism glasses” and not with “literal Middle East glasses.”13 When read with symbolism glasses, Wohlberg asserts that we will understand that the prophecies apply to spiritual Israel (the Church) and not to literal Israel. The booklet concludes with a remarkable paragraph:14

If you have been led to believe that the prophecies in the book of Revelation apply to an Israel in the flesh, these lies must be unmasked. If you have been taught that Revelation’s statements about Jerusalem, Mount Sion (sic), the temple, God, Magog, Babylon, and the Euphrates River apply to those literal places in the Middle East, these errors must be shattered. If you have accepted the idea that the Antichrist will one day walk into a rebuilt Jewish temple during a final seven-year period of tribulation, this false theory needs to be blown up. If sincere people have convinced you that Armageddon centers around Russian, China, and the modern State of Israel, then someone must push the button which reads: “Destroy Global Delusions.” It is now time to flee from all frogs and fables!

In the last part of this series on what the Seventh-Day Adventists believe concerning the end times, we’ll discover if their claim that Sunday is an unbiblical day of worship is historically accurate.

Jeremiah Films has produced an outstanding video about the SDA entitled “Seventh-Day Adventism: The Spirit Behind the Church.” It includes interviews with seven former SDA pastors and four former SDA members. You can order a copy from their website at www.jeremiahfilms.com.