The Fall of Islam: Islam’s End 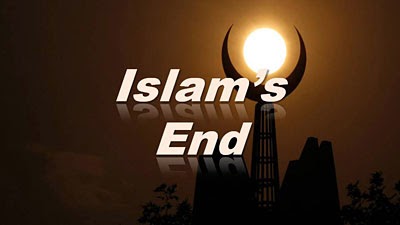 What does the Bible have to say about the future of Islam?

Or is it? I want to argue no. Praise the Lord! No, my children will not be forced into Islam that I know of for a few reasons. Islam has an end according to the Bible.

One of the things about Islam growing more and more powerful in the world is this — no matter how much Satan uses Islam for evil, God will turn it to good. For example, one of the side effects of Islam becoming more powerful is that the persecution of the Jews has resulted in the regathering the Jews back into the nation of Israel. This is in fulfillment of God promise that the Jews would one day go back to their own land, found in Isaiah 11:12 and Micah 2:12.

In Ezekiel 28:25 God says, “This is what the Sovereign Lord says: When I gather the people of Israel from the nations where they have been scattered, I will be proved holy through them in the sight of the nations. Then they will live in their own land, which I gave to my servant Jacob.” God is using Islam to force the Jews back into their homeland.

In our day, all the world is focused on Israel right now. Geert Wilders, a Dutch Lawmaker has said, “If there would have been no Israel, Islamic imperialism would have found other places to release its energy and its desire for conquest. Therefore, the war against Israel is not a war against Israel. It is a war against the West. It is jihad… Thanks to Israeli parents who see their children go off to join the army and lie awake at night. Parents in Europe and America can sleep well and have pleasant dreams, unaware of the dangers looming.”

How dangers is it then for our current administration to gut Israel of its defensive capability by moving Israel back to its indefensible pre-1967 borders? What will be the end result according to Geert Wilders? The Islamic war against the unbelieving world would move out of Israel and move to the West. Israel is keeping Islam’s fury at bay.

Look at the map of Muslim nations which are in red, and yellow denotes Russia. As we learned earlier in this series, Russia is quickly becoming an Islamic nation. It plays a big part in Bible prophecy. 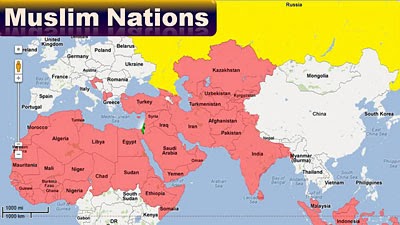 Three prophetic wars that the Bible gives are coming that I believe will gut Islam as a religion in the end times.

Psalm 83 War — The first end time war which will strike at Islam is the Psalm 83 War. It’s a war in which Israel will have to deal with its neighbors: Egypt, Syria, Lebanon, Gaza, and Jordan. This continuous status quo of Israel and their nations constantly getting into skirmishes cannot last much longer. Israel needs to do something about being constantly under threat of attack. And, according to Psalm 83, should it become prophecy fulfilled, then Israel will control those nations.

The following is what the Islamic map will look like after said war. 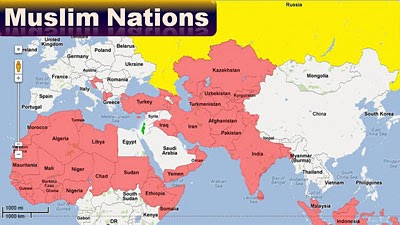 Gog-Magog War (Ezekiel 38-39) — Let’s go to the next war found in Ezekiel 38 and 39. The Gog-Magog War is one of the longest discussed prophetic wars in the whole Bible, covering two whole chapters. I love reading about this war because it’s so exciting and world-changing. Please read Ezekiel 38 and 39 then.

The Gog-Magog War talks about how Russia, Iran, Turkey, all those ‘Stan nations, Libya and other nations which form an outer ring of Islamic nations come against Israel. Israel just seem undefeatable after Psalm 83, for it takes all of those nations combining to attempt to destroy Israel.

What happens? The Bible says that God makes His appearance back on the earth, not physically, but He annihilates those armies so that there’s no denying God was behind the divine rescue. These hordes, these uncountable armies, Israel has no chance of standing up against. But, God intervenes, using biblical types of judgments such as fire and brimstone, the armies turn on each other, and they are decimated by earthquakes. The entire coalition Islamic army is utterly destroyed. The world map then looks like the following.

We can read in Revelation about the Tribulation. It’s a seven year time period coming when God pours out his wrath on the earth and when the Antichrist rules as global dictator. How does he rise to power out of the European Union according to Daniel 9:26-27? Probably because Russia and the Middle East are no longer world players thanks to God’s crushing hand during the Gog-Magog War. There’s a power vacuum afterwards because there’s no strength in those Gog and Magog lands anymore.

What of the United States, referred to in Ezekiel 38:13 as the “young lions” if we interpret the passage that way? It appears the West will desire only to sit out the war. Someone therefore has to fill that power vacuum left in the Middle East by the absence of Russia and the Islamic nations. Europe is right there to fill the power vacuum, just as Daniel prophesied in Daniel 9.

Surprisingly considering Islam’s might in the world today, there’s no mention of Islam during the Tribulation. For a religion that’s based on having to destroy one’s enemies for Allah’s honor, and then Allah loses every single war big time, I think these end time wars are going to gut Islam before the Tribulation begins. 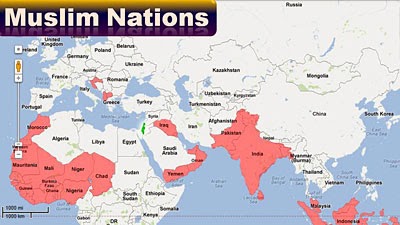 Conventional War (Revelation 6) — Then we get into the third conventional war. In Revelation 6 the Antichrist when he assumes power begins annihilating a quarter of the world’s population. Now, if you can’t have another religion competing with you, especially an ultimate religion like Islam which demands there are no other religions, what do you do with it? You annihilate it.

The biggest populations of Muslims in the world most don’t realize live in Indonesia and India and other eastern places that are outside the Middle East. So, more than likely, the Antichrist is going to be spending the beginning of his reign annihilating Islam to set himself up as a true global ruler. Tragically 1.5 billion people in that time period will die from this war. 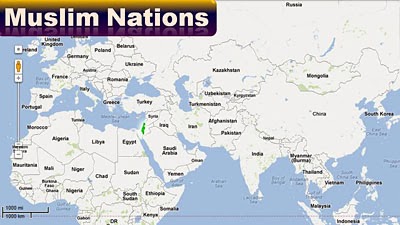 Looking at these biblical end time wars, I really don’t believe that Islam has much of a future left, because the end time signs are pointing to the soon return of Jesus Christ. We could have a Psalm 83 War at any minute, along with the destruction of Damascus as prophesied in Isaiah 17. They could literally occur at any minute. The Gog-Magog alliance of nations already exists. Europe is so fragile that they are ready for a leader to take over. Everything is in place.

According to the Bible, the big bad Islam of Satan’s regime does not have much time left to it.

In the tenth and last segment of this study on the fall of Islam, we’ll look at six different ways that you can reach a Muslim for Christ.