The Fall of Islam: Islam’s Eschatology 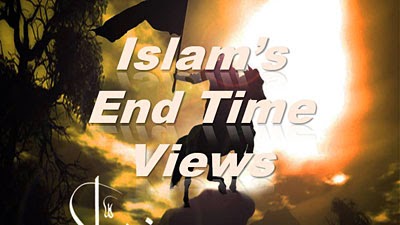 What does Islam believe concerning the end times?

Islam has its own particular end time views. Before we get into exactly what those are, I first want to give credit to Dr. David Reagan who researched this topic in-depth for his article Islamic Eschatology.

The following is what Islam teaches concerning the end times, primarily understood from the Hadith which has incorporated elements of the Torah, New Testament, and Zoroastrianism. Not all Muslims believe in every or even some of these eschatological elements, just as in Christianity there are widely divergent views concerning the last days. But, whether these elements are believed or not, this is what the Hadith teaches.

Bear in mind there are elements in Islam that were taken from other religions, so we are going to hear some things that are familiar from the Bible. Don’t forget, though, Islam is a made-up religion. Satan doesn’t know how the end times are going to turn out except from the Bible. So, as we go through these elements, please don’t be concerned that any of what you are about to read is going to happen.

Islam generally believes in a savior called the Mahdi. He’s going to be coming during a time called The Hour. There will be signs that follow his coming, and they’re kind of interesting signs. Women will outnumber men 50 to 1. Men will eat with their tongues like cows. Time will contract. Wild beasts will speak. And, the Euphrates River will uncover a mountain of gold. When that happens, the Mahdi will come. 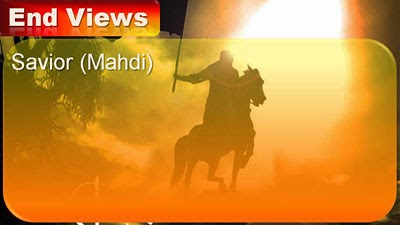 They also have an Antichrist called the Dajjal. Of course, since Islam hates these people, he’s going to be a Jew. The Dajjal is going to be born in Iran. He has one eye and has the word Infidel tattooed on his forehead. He will lead a Jewish army.

In response to the Dajjal, the Mahdi shows up. The Mahdi is also called the Twelfth Imam, which was a kid that supposedly centuries ago fell down a well, but he comes back. The Twelfth Imam is a direct descendent of Mohammad. 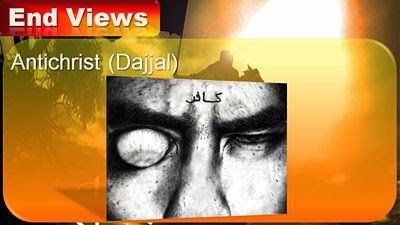 Jesus also plays a part in Islamic eschatology and is sometimes confused with the Mahdi. The Mahdi will lead Muslims along with Jesus against the Dajjal. Islam teaches that Jesus will return to the Mount of Olives, which they got from the Bible, and he will defeat the Dajjal near Tel Aviv. He also defeats the Gog-Magog invaders. Jesus converts the world to Islam, breaks all the crosses, kills all the pigs, and he marries, has children, and then he dies.

The world during these battles will endure many natural disasters and dangerous beasts will appear. Smoke will engulf the world. There will be landslides. The sun will begin rising from the west. Fire will round up all the people in Syria.

That brings people up to the Day of Reckoning. For a Muslim the Day of Reckoning is a like purgatory, so in other words, unless one is the most devout who teach Islam, no matter what other kind of Muslim you are, you know you are going to end up at least for a little while. A Muslim must suffer there as it’s a works-based religion.

Allah then judges each person based on the works that each person’s assigned two angels have recorded on puts them on scales. If you are found worthy, you cross a bridge out. Those who are unfaithful will fall off the bridge into Hell, though there are still some chances to be saved after that and so be rescued from Hell.

Seven parts exist in their Paradise. Unlike Christianity, though, it’s not a Heaven of spiritual delight and communion with God. Allah is off in the distance. You don’t get to talk to him. Paradise is all physical, all sensual, and all sexual. You’ve got to wonder then why any woman would be interested in being a continual girl toy throughout their eternal stay? But, they do seem to want it because of getting eternal youth.

For those who go to Hell, Sura 4:56-57 says, “Indeed, those who disbelieve in our verses [the infidels], we will drive them into a fire. And every time their skins are roasted through we will replace them with other skins so they may taste the punishment. Indeed, Allah is ever exalted in might and wise.”

In the ninth segment of this study on the fall of Islam, we’ll look at how certain end time events as prophesied by the Bible shockingly reveal that Islam does not have long to last.