Day 10 of Lamb & Lion Ministries 2014 Israel Tour was a sobering, educational journey into the tremendous sacrifices the Jewish people have made to produce the miracle that is by God’s hand the resurrecting of the nation of Israel from nearly 1,900 years of death. This is just as Bible prophecy had foretold would happen (Ezek. 36-37; Mat. 24:32-34).

We climbed Mount Herzl to visit the cemetary of Israel’s fallen heroes. We walked through World War II at Yad Vashem and mourned for the six million Jews that had their lives forcably taken to the Nazi death machine, though not in vain. We saw the physical proof that our Bible today has remained unaltered over the millennia by looking over the Dead Sea Scrolls.

And, we learned at the Ministry of Tourism how tourism can keep the peace. 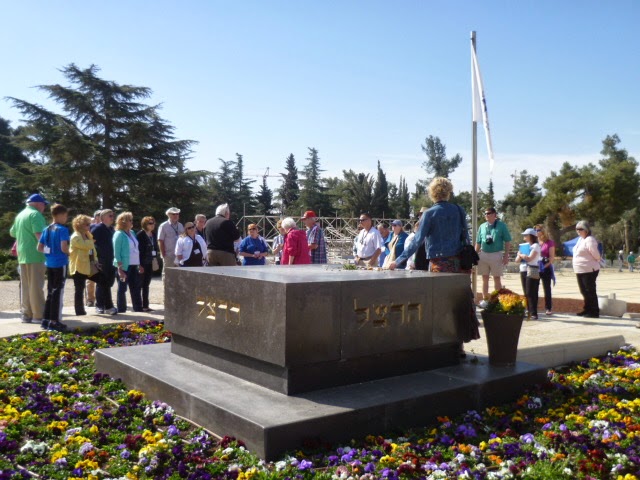 Our pilgrims each put a stone of remembrance on top of Theodore Herzl’s tomb. Herzl is the “Father of Zionism” who in the late 1800’s began the push for the Jewish people to get their own homeland. 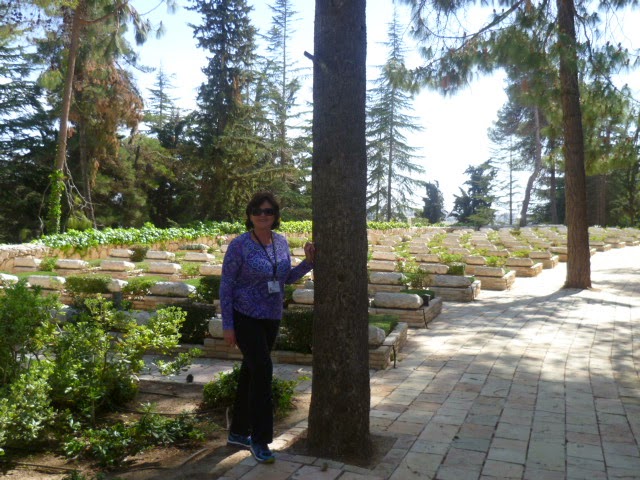 Mount Herzl’s honored dead are laid to rest in the most peaceful garden that would rival any arboretum. 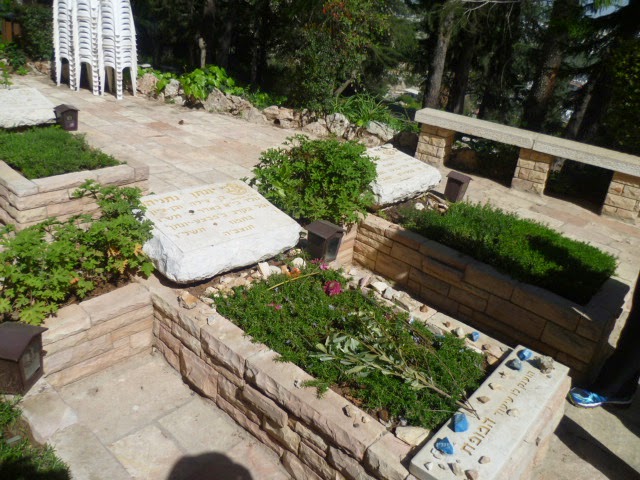 The grave of Jonathan Netanyahu, the commander and hero of the 1976 Entebbe raid that freed the passengers from a highjacked plane. He sadly was the only soldier to die. 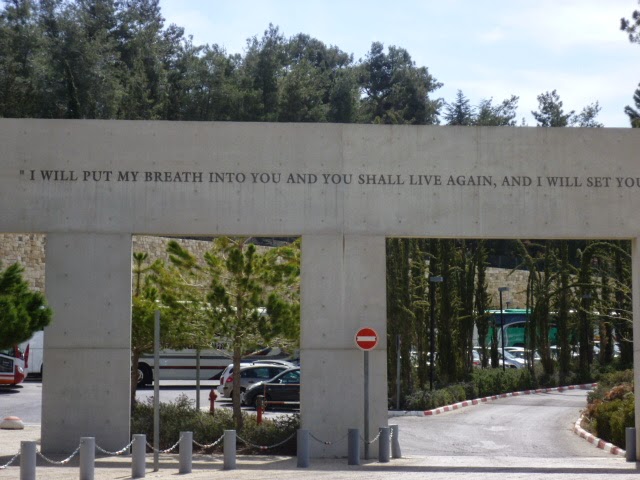 The monument outside the Yad Vashem Holocaust Museum reads from the Ezekiel 37:14 prophecy, “I will put my Spirit in you and you will live, and I will settle you in your own land. Then you will know that I the Lord have spoken, and I have done it, declares the Lord.’” We live in the days that this has very thing has come to pass! 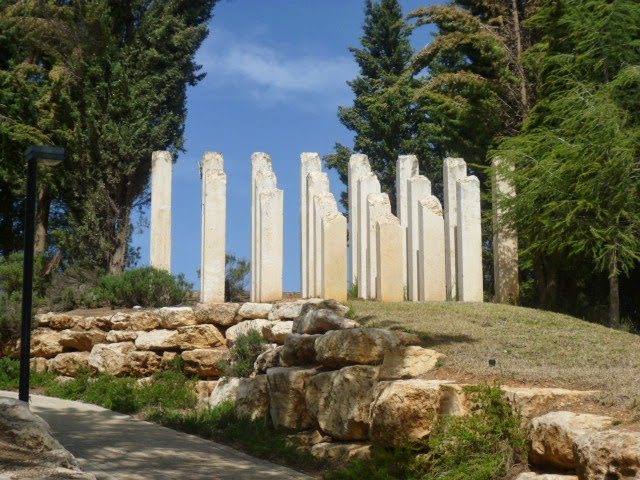 These broken markers are a symbol for the 1.5 million Jewish children murdered by the Nazis. No pictures are allowed in the museum, but the room for remembering these cut off children is all dark except for reflections upon reflections of candles. The names of the children are read out in three languages. 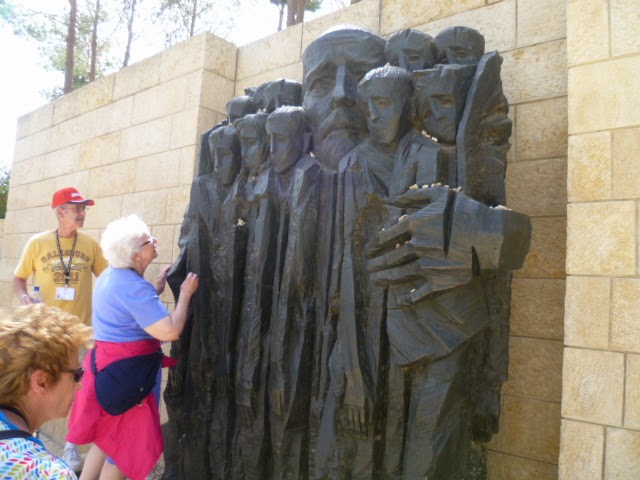 Felicia adds a stone of remembrance to the monument for Janusz Satser Korczak, an unsung hero who refused to let the Jewish ghetto children taken from his orphanage by the Nazis die in the gas chamber alone. It was said that those listening outside the gas chamber could here him singing and encouraging the kids all the way to their Father’s embrace. 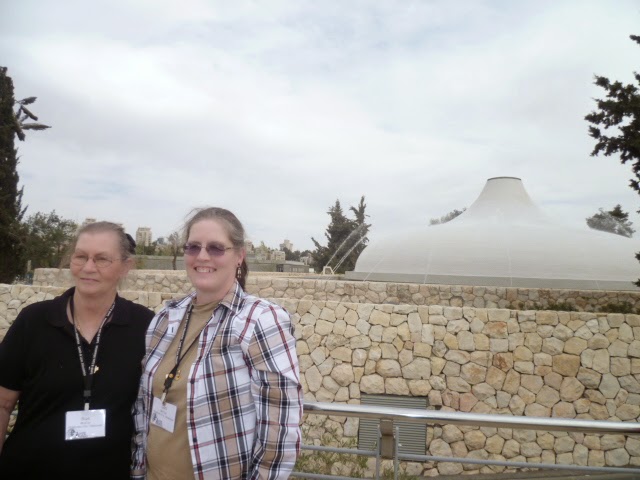 The Dead Sea Scrolls Museum’s roof is set up to look like the lid of the pots where the 2,000 year old scrolls were found at Qumran. No pictures are allowed of the Dead Sea Scrolls because the light would damage these ancient biblical texts, but they’re kept underground in the cool of the dark, though with just enough light for us to be able to marvel at them. 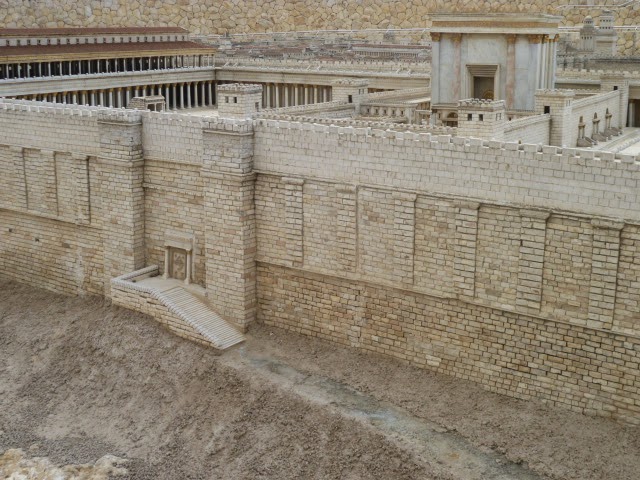 We hopped a DeLorean and traveled to the Second Temple; well, a model of it anyway. 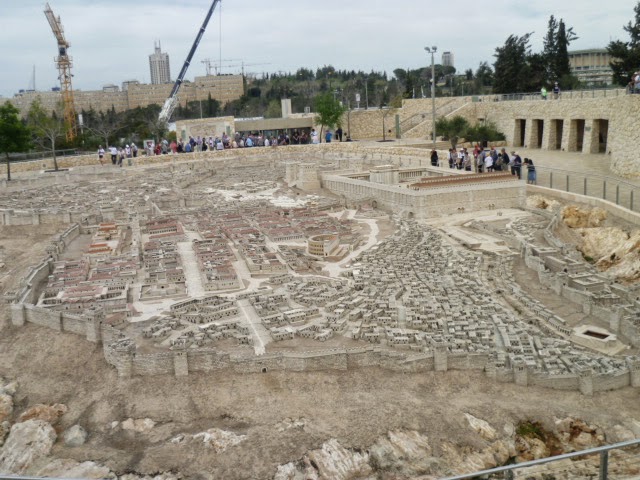 And a most impressive model it is. Behold Jerusalem in all its miniaturized glory! 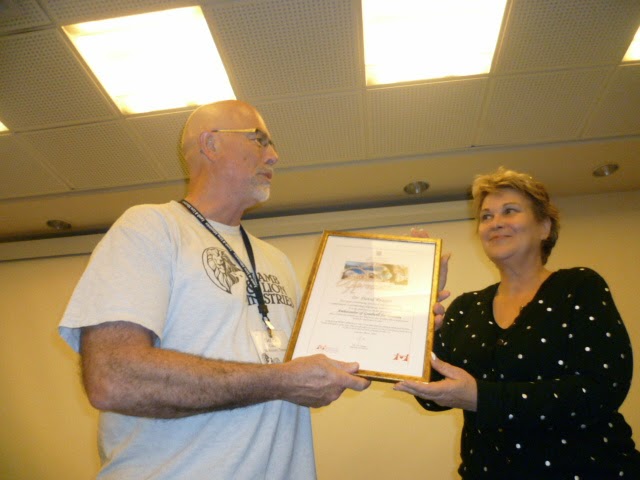 At the Israeli Ministry of Tourism, George Collich accepts on behalf of Dr. David Reagan a special award for leading 45 trips to the Holy Land. Israel wished to honor Dr. Reagan for all he’s done over the last three decades to teach people about Israel’s role in the world – past, present and future. 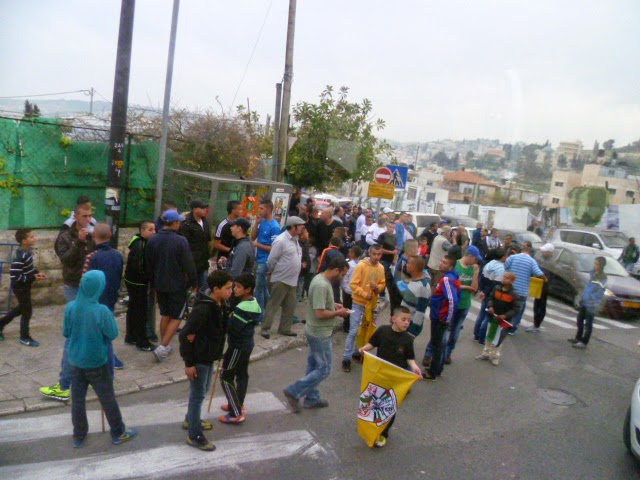 It’s tragically humorous to read all the MSM news stories this past week about the “big bad Jews oppressing the poor little Palestinians with land grabbing and apartheid.” Nonsense! Clueless Media. This “demonstration” of Palestinians here in Jerusalem was really a wedding. 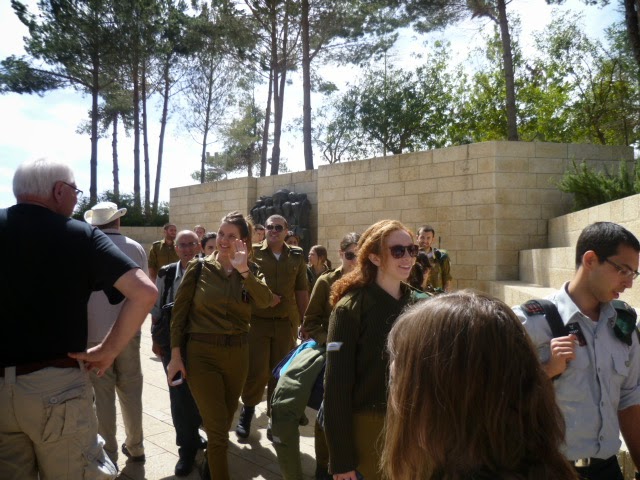 Israel’s heroes of tomorrow are just men and women 18-21 years old. How many will have to die by the ignorant hands of Antisemitism?

The final two days of our tour will fit in some exciting biblical spots. God willing, on Day 11 we will hold a special worship and communion service at the Garden Tomb and visit Golgotha. We will move on to what was Kireath Jearim where the Ark of the Covenant was stored in a farm house for 70 years (1 Sam. 7:1), and where Elvis lives on in the hearts and gas pumps of the locals. We’ll have our last Israeli meal at the Messianic kibbutz, Yad Hashmona. And hopefully, we will get all this in before heading to the airport for the toughest part of this trip – Day 12 with a stopover in Frankfurt, Germany and onwards for the loooong flight home.

I used to balk at the word “pilgrimage,” as it had connotations of some works-based act for attaining salvation. And yet, “pilgrimage” is what this tour really is, not in the sense that we are seeking salvation, which we already have, but to better understand our salvation and the things we were taught in Sunday school that we long have taken for granted.

For some, it was the trip of a lifetime. For others, a valued learning experience where new friendships were formed. But, for me, it was also a worship experience, for I got to explore Bible prophecy with my new-found brothers and sisters in Christ while in the echoes of my Savior’s time here on earth.