We continue on our Lamb & Lion Ministries’ 2014 Israel Tour by exploring on and around the beautiful Sea of Galilee, now called Lake Kinneret. It was a foggy morning, but as the day grew the mist melted away and we were able see our way fully around the circle. For me, it’s the best part of the trip because the terrain is just breathtaking with its steeply rocky hills, winding flower-lined roads, and peaceful towns that dot around the circumference. I’m in good company, for other than Jerusalem, Jesus spent most of his ministry time in this location. 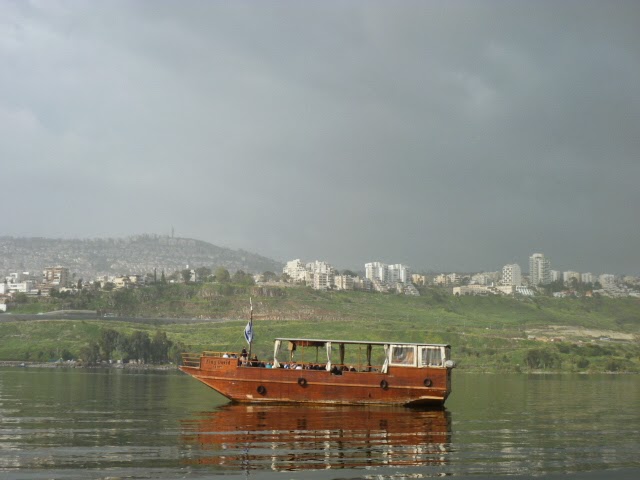 We began our day boarding the Galilee Boat for a gentle ride across the Sea of Galilee, observing our stay town of Tiberias as we went. Tiberias was built by Herod Antipas and has the known distinction of being consistently settled for the last 2,000 years and for its hot springs. 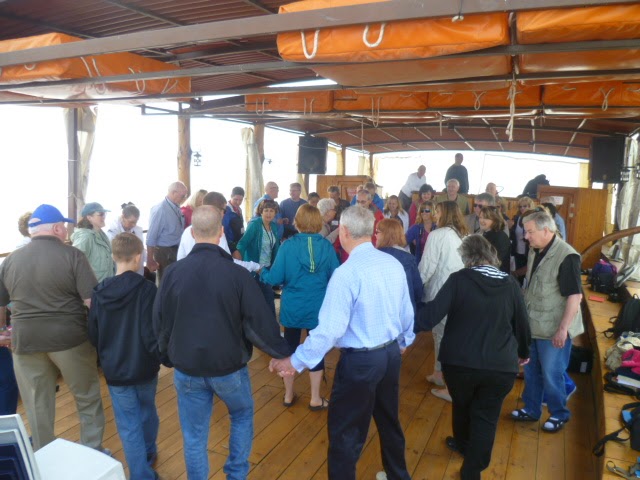 The boat settled into a spot mid-water and we had a wonderful devotion, singing, and the crew even taught us Gentiles how to dance to Shalom Aleicham, which in Hebrew means “peace be upon you.” 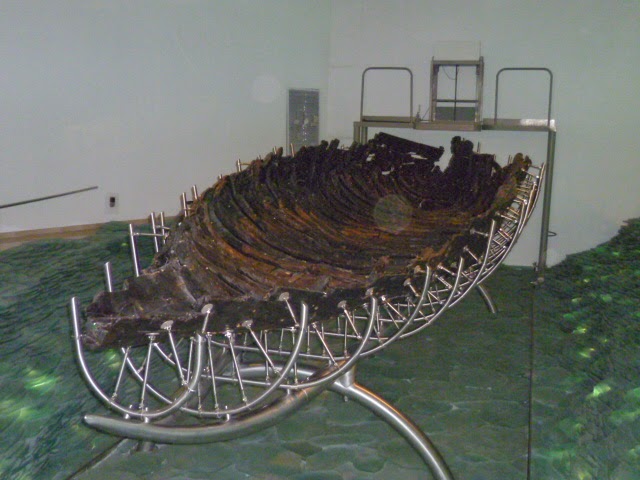 We disembarked on the shore to see the Jesus Boat Museum which houses an actual 2,000 year old artifact that was preserved for the centuries in the mud and painstakingly restored. 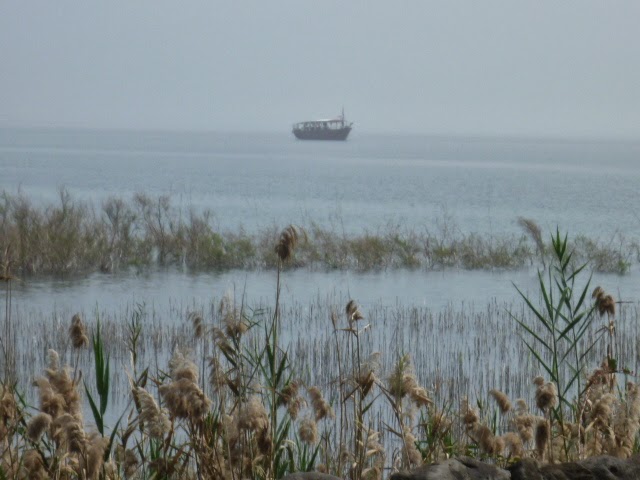 In the Jesus Boat’s time the Sea of Galilee would have looked much the same. 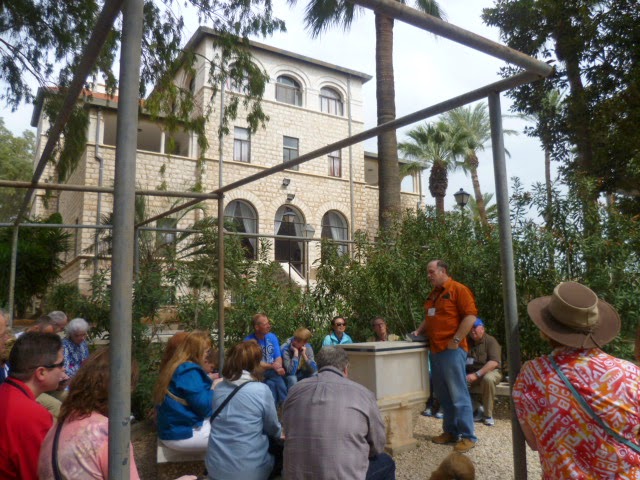 At the spectacular gardens that surround the Catholic Church of the Beatitudes where Jesus taught the crowds “blessed are those…”, Pastor Mark shares a devotional. 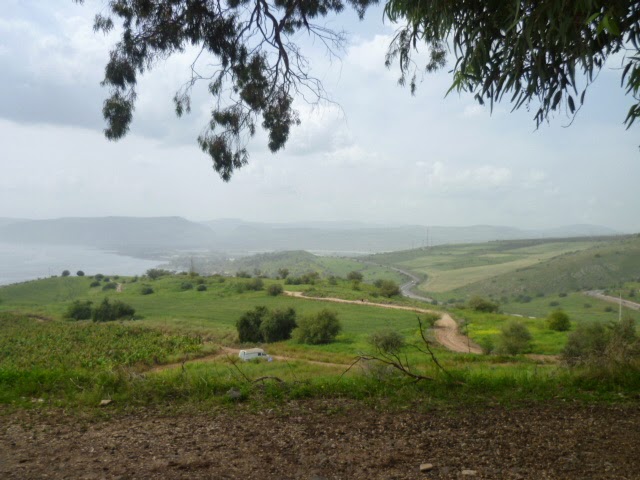 The spectacular view of the Galilee from the Sermon on the Mount (Matt. 5). 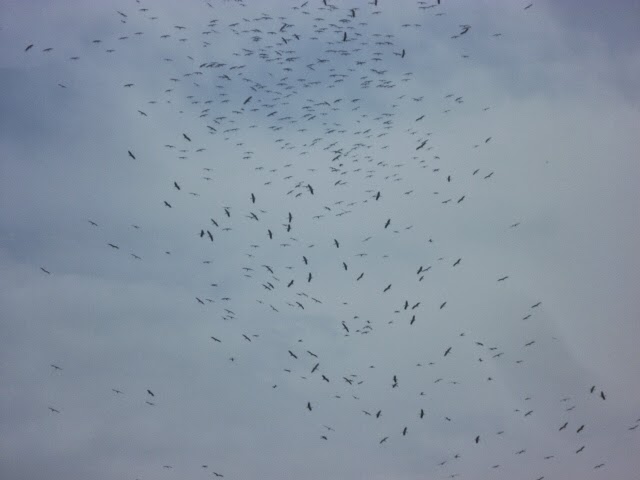 The Sea of Galilee is on the migration path for birds traveling from Africa to Europe. The cranes swirl above in a tornado shaped funnel. 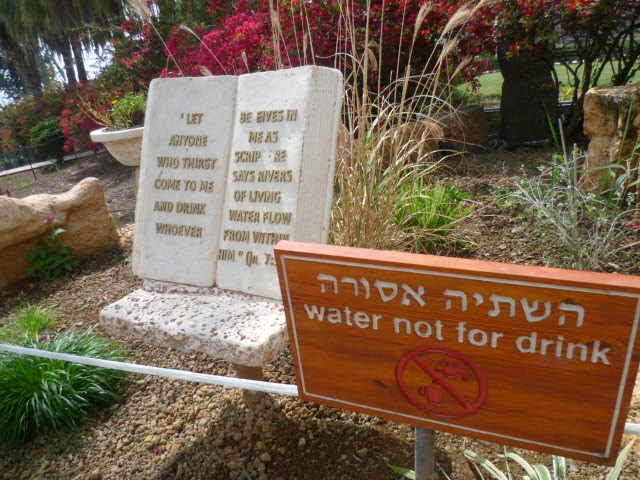 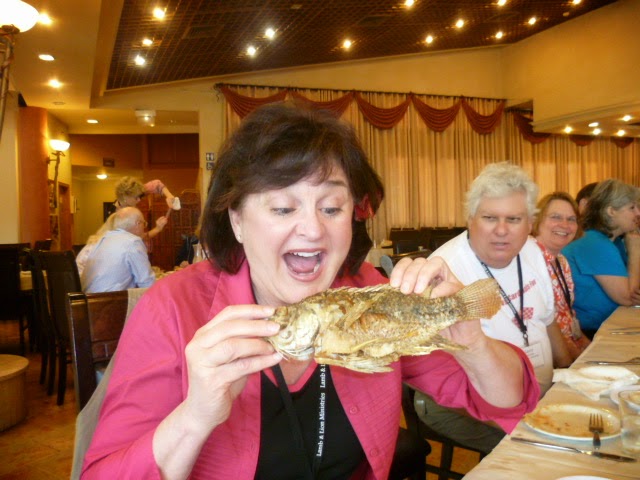 Anita the birthday girl was very excited to eat her Saint Peter’s fish, though she may have skipped the eyes and tail. 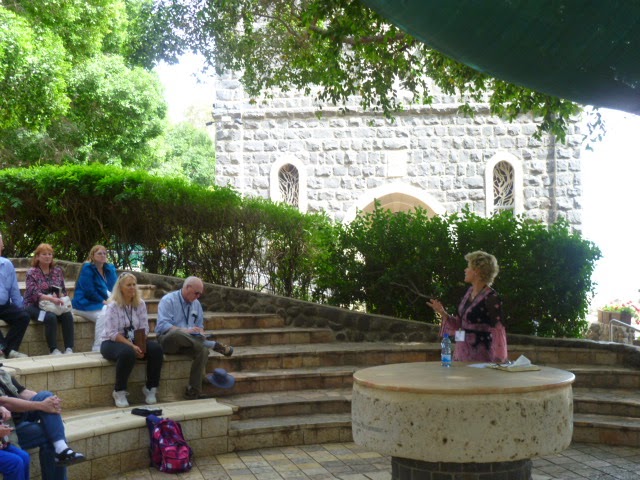 At Tabgha outside of the Church of the Primacy of St. Peter, Cynthia tells the moving story of how Jesus asked Peter three times if he loved Him as a way of forgiving Peter (John 21). 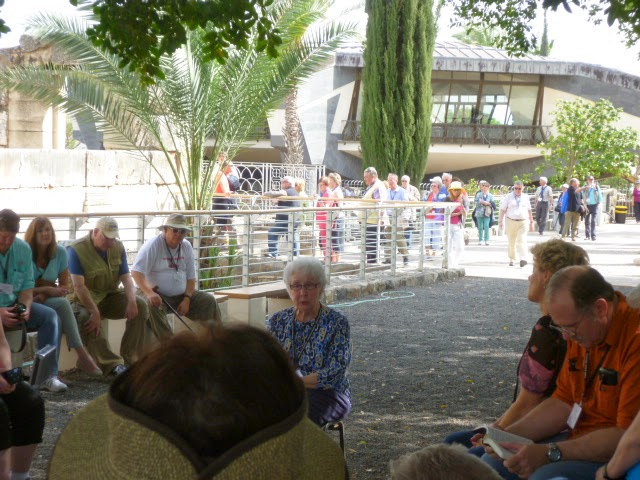 In Capernaum, the hometown of Peter and center of Jesus’ ministry, Felicia shares about the importance of Christ’s compassion. The UFO-shaped Catholic Church hovers above the actual remains of Peter’s house. 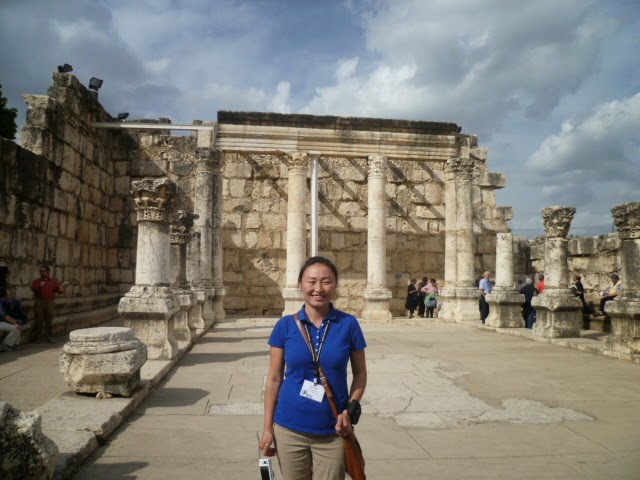 Saren shows off the Capernaum Synagogue, a 4th Century Jewish meeting and prayer house built right over the remains of the one Jesus would have taught in. 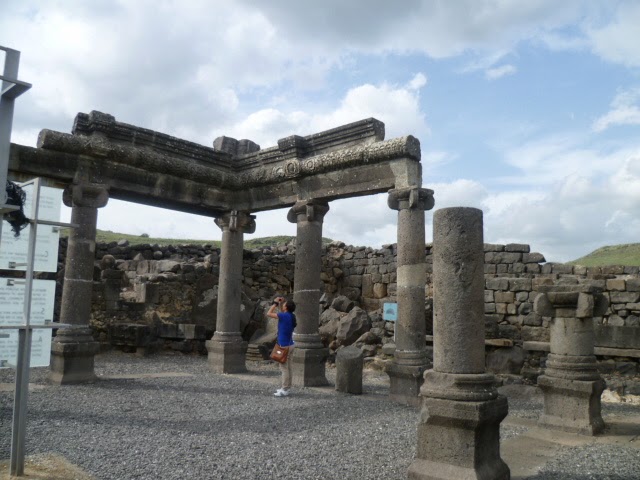 “Woe to you, Korazin!… If the miracles that were performed in you
had been performed in Tyre and Sidon, they would have repented long ago
in sackcloth and ashes” (Matt. 11:21). At the ruins of the actual synagogue where Jesus would have taught, we hold an emotional prayer service for the healing of loved ones. 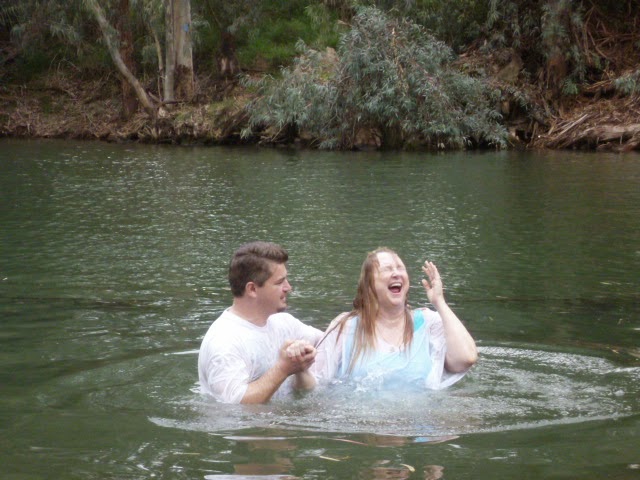 Tomorrow for Day 6 we leave the lakeside city of Tiberias and head south to Nazareth and Megiddo, and then finally into Jerusalem for the rest of our stay. Thank you for your continued prayers for our traveling mercies and health!