The Revival of the Hebrew Language: Part 5 of 8 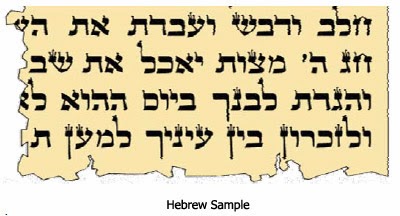 What was Ben-Yehuda’s plan for reviving Hebrew as a language?

Ben-Yehuda had a very specific plan in mind when he arrived in Jerusalem, and he pursued it fanatically and methodically. It consisted of several elements:37

Hebrew in the Home

Ben-Yehuda began the implementation of his plan by starting with his own home. He laid down the rule that no language could be spoken within his house except Hebrew. He wanted his family to be a model for others. And thus, when D’vorah became pregnant, he announced that the baby she was carrying would become the first true Hebrew child in 2,000 years because it would be allowed to hear only biblical Hebrew.38 That meant no playmates, and it meant almost total isolation at home.

Their friends were aghast over such fanaticism. They pleaded with Ben-Yehuda to change his mind, arguing that the child would grow up either as a mute or an idiot.39 But Ben-Yehuda would not budge.

In 1882 D’vorah gave birth to this first child, a boy who was named Ben-Zion Ben-Yehuda, meaning Son of Zion and Son of Judea.40 And just as Ben-Yehuda had promised, the son was kept isolated from the world so that he would not become “contaminated” by hearing any foreign language.

Friends and neighbors continued to protest the boy’s isolation. And their harassment became even more passionate when four years passed without Ben-Zion speaking a word. All he did was babble. But shortly after his fourth birthday, he spoke his first word — Abba, meaning “Father.”41 From that point on he spewed forth a torrent of words and, like his father, he began to make up new words for items around the house!42

Ben-Yehuda launched the publication of a newspaper shortly after his arrival in Jerusalem, not only because it was part of his master plan, but also because he needed the income to survive. The general population in Jerusalem liked the paper. They had never seen anything like it in the Hebrew language. The settlers in the agricultural villages scattered across Palestine loved it. But the Orthodox were determined to destroy it and tried to do so on several occasions.

To publish the paper, Ben-Yehuda had to constantly create new words. His first challenge was to come up with a word for “newspaper.” The word used in Jerusalem was michtav-et, which literally meant, “a letter of the time.” Ben-Yehuda considered this term to be clumsy, so he took the Hebrew word for “time” and, improvising a bit, he came up with the new word, itton, which received public acceptance.43

Other words for which he had to manufacture new Hebrew words were soldier, airplane, sport, doll, ice-cream, jelly, omelette, handkerchief, towel, bicycle — and hundreds more.44

Sometimes his new words were rejected. One such word was the one he introduced for “tomato.” The commonly used word already in circulation was agbanit, taken from a root word that meant “to love sensuously.” Ben-Yehuda thought that was inappropriate, so he coined the word, badurah. The Hebrew speakers stuck with agbanit.45

Ben-Yehuda was a purist. He would never just transfer a word like “telegraph” into the Hebrew language via a transliteration. No, the new word had to be based on a root Hebrew word.46

In the sixth segment on the amazing prophetic fulfillment of the return of the Hebrew language, we’ll look at a the opposition and support for Ben-Yehuda’s mission.