The Regathering of the Jewish People: Dreyfus Affair

The fulfillment of these prophecies began in the late 19th Century through the efforts of a Hungarian Jew named Theodor Herzl (1860-1904). He was an intellectual who was serving as a Viennese journalist when the infamous Dreyfus Affair occurred in France.

Alfred Dreyfus (1859-1935) was a young French artillery officer who was Jewish. He was falsely accused of treason in 1894. This accusation occurred in the midst of a wave of anti-Semitism that had been generated by the publication of a book in 1886 titled, Jewish France.1 The author, Edouard Drumont (1844-1917), was a virulent anti-Semite who attacked the role of Jews in France and argued for their exclusion from society.2 The book became wildly popular and went through more than 150 printings before the end of the century.3

When the accusation of treason was levied against Dreyfus, the popular press jumped on the band wagon and decided to spotlight the case as proof of Drumont’s case against the Jews. They proceeded to whip the general public into a frenzy.

Herzl was sent to Paris to cover the trial for his newspaper. When he arrived, he was shocked by Parisians shouting, “Death to the Jews!”4 He suddenly experienced an epiphany in which he realized that the Jews had not been assimilated into European society, as he had assumed. Further, he realized they never would be. He sensed an even greater persecution to come.

This realization prompted Herzl to write a brief political booklet called The Jewish State, which was published in 1896.5 In it he called for the return of the Jews to their homeland and the creation of their own state. He argued this would be the best cure to anti-Semitism. His most famous sentence in the book was, “If you will it, it is no dream.”

The booklet captured the imagination of Jews all over the world, and it produced the First Zionist Congress, which was held in Basel, Switzerland in 1897. During that conference, Herzl wrote in his diary that he expected the Jewish state to come into existence within 50 years.6 That statement proved to be prophetic when the United Nations voted 50 years later in 1947 to create a state for the Jewish people.

Another result of Herzl’s call for a Jewish homeland was a series of what the Jews called aliyahs.7 These were groups of Jews who decided to pull up stakes in Europe and move back to the land of Palestine, as it was called then, in order to pioneer the land and re-establish a strong Jewish presence. 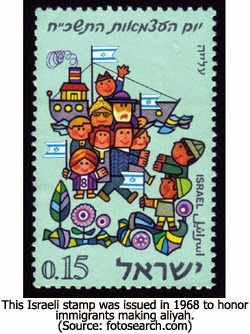 Another response — a highly significant one — came at the end of World War I when the British government issued the Balfour Declaration in which the promise was made to make Palestine a homeland for the Jews.8

In the third segment of our series on the prophetic fulfillment of the regathering of the Jewish people, we’ll explore the main motivation behind the Jews return to Israel.

5) The original title was Der Judenstaat (German for “The Jewish State”). It was published in 1896 in Leipzig and Vienna. Its subtitle was “A Proposal of a modern solution for the Jewish question.”