The Regathering of the Jewish People: Motivation to Return 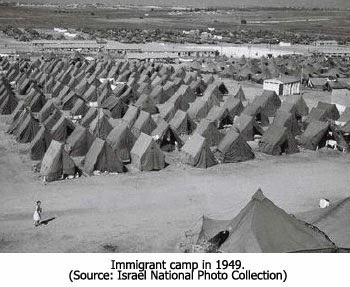 The Motivation to Return

During Theodore Herzl’s time, there was no great surge of Jews who returned to their homeland. The prospect of being a pioneer in the midst of a wilderness was not appealing enough to draw the Jews back home, despite the rising anti-Semitism they were experiencing.

World War I provided the land for the Jewish nation, but it would take World War II and the Holocaust to provide the motivation to return to the land. 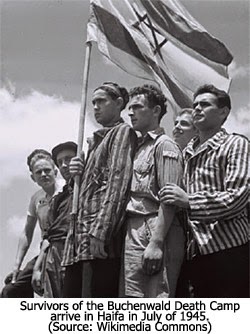 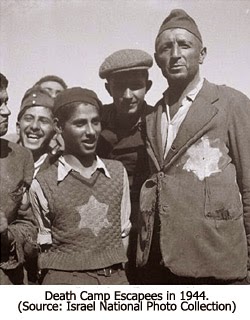 The next great surges of immigration resulted from the 1956 Suez War and the 1967 Six Day War. After the Suez War, Egypt expelled almost all of its Jewish population. Following the Six Day War, the rest of the Arab world followed suit. As a result of these expulsions, almost 800,000 Jews were forcibly expelled from the Arab nations in the Middle East. In 1948 there were 851,000 Jews in the Arab nations of the Middle East. Thirty years later, in 1978, there were only 31,000 left.10

But the world’s largest Jewish population was unable to return to their homeland because they were held captive in the Soviet Union. The Russians hated the Jews, but they used them as whipping boys — blaming them for all their nation’s problems.

Nonetheless, there was a biblical prophecy that one day the Jews of Russia would be allowed to return to their homeland. It is found in Isaiah 43. The prophet quotes God as saying:

5) Do not fear, for I am with you; I will bring your offspring from the east, And gather you from the west.

6) “I will say to the north, ‘Give them up!’ And to the south, ‘Do not hold them back.’ Bring My sons from afar and My daughters from the ends of the earth…

Notice that this prophecy says the Jews will come freely from the east and the west, but the world will have to demand that those in the north be released. All directions in the Bible are given from Jerusalem. The uttermost part of the north would be the nation of Russia today. Note also that the prophecy says that the world will have to say to the south, “Do not hold them back.” We will see in a moment what that refers to.

But first, let’s take a look at the north. In fulfillment of this prophecy, as the Soviet Russian empire began to crumble in the early 1990s, the world began to demand that the Russian Jews be allowed to return to Israel. And in 1990, the Russian premier, Mikhail Gorbachev, suddenly opened the door of the Soviet Union.

The result was a flood of refugees into Israel. During the next two years, almost 400,000 Russian Jews arrived in Israel, averaging over 16,600 a month.11 It was equivalent to the United States today absorbing the entire 27 million population of Saudi Arabia during the same time period.

They were fully aware of these stark realities because all of them had relatives living in Israel.

Yet, despite all these hardships, they came. Why? I believe they came, and are still coming, because God has placed in the hearts of the Jewish people the highway to Zion, and He has triggered the impulse for them to return home. Consider Psalm 84:5 — “How blessed is the man whose strength is in You, in whose heart are the highways to Zion!”

In the fourth segment of our series on the prophetic fulfillment of the regathering of the Jewish people, we’ll be amazed by the logistics of Operation Solomon.