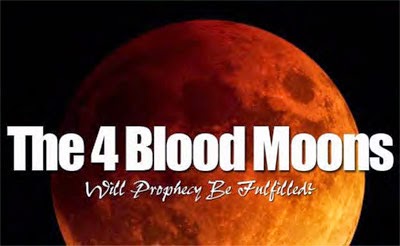 There are times when I am embarrassed to be a Bible prophecy teacher and preacher, and those times are becoming more frequent. It’s all because Bible prophecy is a playground for fanatics and sensationalists. In this second part of this series on prophetic craziness, I’ll debunk some of the latest sensationalist crazes.

The Prophecies of the Popes

The prophecy craziness seems to be intensifying today. Consider, for example, all the recent folderol over the so-called “prophecy” of an Irish Catholic priest, St. Malachy, who lived in the 12th Century. He supposedly wrote a document called “The Prophecies of the Popes.” Its modern day proponents claimed the document prophesied the identity of every pope — all 112 of them from Pope Celestine II who died in 1144. And they therefore claimed that Pope Benedict XVI would be the next-to-the-last pope. That meant the current pope, Francis, would be the last, whom Malachy described as “Peter the Roman.” And that, in turn, was interpreted to mean that the Lord would return during Pope Francis’ tenure.

The first problem with this “prophecy” is that it was unknown before 1595. It is not even mentioned by St. Malachy’s biographer who was a contemporary of Malachy.

The second problem is that all the “prophecies” are very accurate up to the time the document was “found.” After that, the “prophecies,” like those of Nostradamus, are gobbledygook and are incapable of being applied to anyone or any event without a lot of imagination.

And, of course, the third problem is that the new pope who is supposed to be “Peter the Roman,” is not named Peter nor did he select that as his papal name. Instead, he became the first pope to choose the name of Francis.

Scholars have concluded that the papal prophecies of St. Malachy are a complete fraud, written by a man named Arnold de Wyon. He was motivated by a desire to get his candidate for the papacy confirmed in 1590 by providing a description of him in the “prophecies.” The folks in his day and time did not buy it, and they selected another person.

Yet, our modern-day prophecy sensationalists have tried to pass off this forgery as containing some sort of “profound prophetic insight.”

Another recent prophetic craze that amounted to nothing was the Mayan Calendar fiasco. This ridiculous frenzy was centered around a calendar produced by the Mayan civilization of the Yucatan Peninsula of Mexico — a society that flourished from about 250 to 900 AD. The calendar ended on a date that corresponded to December 21, 2012 on the Gregorian calendar. Some Bible prophecy enthusiasts began to speculate that the date would mark the end of the world or the beginning of the Tribulation.

The furor over the December 21, 2012 date was further heightened when it was learned that on that same date there was supposed to be a galactic alignment of the earth with the center of the Milky Way. And to add fuel to the fire, the National Center for Atmospheric Research announced that 2012 would be a peak year for solar flares. This was enough to send the Bible prophecy sensationalists into overdrive!

Well, 2012 came and went, and nothing particularly important occurred. Bible prophecy sensationalists should have hung their heads in shame. Instead, they went looking for a new crusade.

And they quickly found it in a “Blood Moon Theory” proposed by a pastor in Washington State. He had discovered that there is a phenomenon in astronomy called a “tetrad.” This occurs when there are four total lunar eclipses (usually producing red or “blood” moons) in a row over a two year period of time. He pointed out that since the time of Christ, there had been 87 tetrads, with a maximum of eight in a century. Some centuries had not had any.

But he discovered an even rarer phenomenon. Of the 87 tetrads that have occurred since the First Century, only eight have fallen on Jewish feast days, and he claimed the last three of those had been prophetically significant, pointing to a major event in Jewish history — a claim that simply was not true.

For example, he claimed that a tetrad in the 15th Century had been a prophetic omen pointing to the expulsion of the Jews from Spain in 1492. But the blood moon tetrad falling on Jewish feast days occurred in 1493-1494 — the two years following the event they were supposed to have prophesied! The same was true of his claim that a tetrad falling on Jewish feasts days was prophetic of the re-establishment of Israel in 1948. Again, the tetrad occurred in 1949-1950 — the two years following the event.

In actuality, of the eight tetrads falling on Jewish feast days since the First Century, only one could be considered “prophetic” in nature. That was the last one in 1967-1968. The Six Day War occurred following the first blood moon in this tetrad.

But these facts denying the prophetic significance of the blood moon phenomenon seemed unimportant to the prophecy buffs who jumped aboard the band wagon and began proclaiming that the tetrad of 2014-2015 — the only one of the 21st Century that would fall on Jewish feast days — would be of great prophetic importance.

The pastor who discovered the blood moon phenomenon in 2008 originally suggested that it was a sign that the Lord would return after the last blood moon of the 2014-2015 tetrad — specifically, in September of 2015. Later, he retreated from that position. He and others are now arguing that the tetrad is simply a sign that “something important” will happen in Israel during that two year period of time. My response is, “Duh! You call that a prophecy?” Something important is likely to happen in Israel during any two year period of time.

My response is, “Duh! You call that a prophecy?” Something important is likely to happen in Israel during any two year period of time.

In the third part of this series on prophetic craziness, I’ll debunk the Prophecy of the Ten Jubilees.