The Dispersion of the Jews: Prophecies Fulfilled 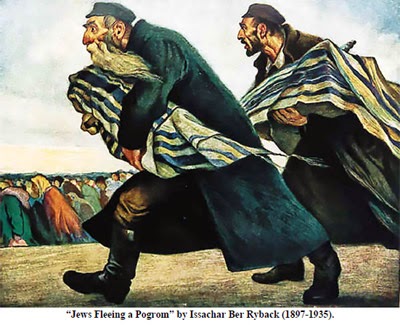 The Nazi Holocaust resulted in the deaths of 6 million Jews, including 1.5 million children. This reduced the worldwide population of Jews to approximately 10 million. Since that time, the population has grown to 14 million, with 6 million now residing in the re-established state of Israel.25

According to Roman records, there were about 8 to 10 million Jews in the First Century. Since that time, the population of China has grown from 30 million to over one billion. Based on growth statistics like this, demographers estimate that there should be 500 million Jews alive in the world today.26 Instead, there are only about 4 million more today than 2,000 years ago.

This fact is the fulfillment of a prophecy found in Deuteronomy 4:27 — “And the LORD will scatter you among the peoples, and you shall be left few in number among the nations, where the LORD shall drive you.” That prophecy was delivered by Moses over 3,400 years ago!

The Jewish people have been dispersed all over the world, just as God warned they would be if they were not faithful to Him. Likewise, as I will show in the next installment of this series, they have been severely persecuted everywhere they have gone — again, in fulfillment of a prophecy delivered by Moses (Deuteronomy 28:65-67):

65) Among those nations [where the Jews will be scattered] you shall find no rest, and there will be no resting place for the sole of your foot; but there the LORD will give you a trembling heart, failing of eyes, and despair of soul.

66) So your life shall hang in doubt before you; and you will be in dread night and day, and shall have no assurance of your life.

The great miracle of the Diaspora is that the Jewish people have survived to this day — again, in fulfillment of Bible prophecy (Jeremiah 30:11):

“For I am with you,” declares the LORD, “to save you; for I will destroy completely all the nations where I have scattered you, only I will not destroy you completely. But I will chasten you justly and will by no means leave you unpunished.”

We will also take a look at this miracle of preservation in our next installment.

A Warning to America

Let me conclude by emphasizing a point that I have made many times, particularly in my book, America the Beautiful?27 It is the fact that I am convinced that ancient Judah is a prophetic type of the United States.

Just like Judah, God has blessed us with great leaders, freedom and prosperity. More important, just like Judah, our nation was founded upon God’s Word. And just as God blessed Judah with His spiritual presence in the nation’s temple, He has given America the great spiritual blessing of spreading the Gospel all over the world.

Yet, despite our blessings, we have responded just like Judah with pride, apostasy and rebellion. And just as with Judah, God has been calling us to repentance and warning us of impending destruction through remedial judgments like 9/11 and through prophetic voices like Dave Wilkerson.

And just as the people of Judah laughed at the warnings and said, “God dwells in our temple and would never allow an enemy to destroy our nation,” the people of America are saying, “God sits on His throne wrapped in an American flag and will never allow us to be destroyed.”

We need to remember the words of the prophet Nahum:

The LORD is slow to anger and great in power, and the LORD will by no means leave the guilty unpunished… (Nahum 1:3).

The reference notes for this article series are posted at lamblion.com.