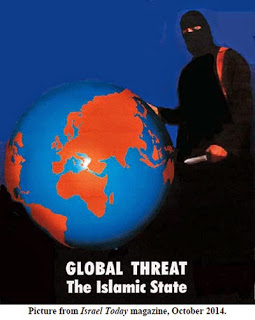 The mysterious group called ISIS seems to be dominating the news these days. It seemed to come out of nowhere and explode in growth overnight. Then, it began sweeping across the Middle East like a tidal wave.

Now it almost daily shocks the world with some new barbaric act. One day it’s the beheading of a journalist, the next day it’s the mass machine gunning of a group of Christians, and the next day they are burning people alive.

To answer the questions posed above, let’s begin with some background information by taking a look at some fast facts about Islam.

By comparison, there are 2.2 billion Christians, or about 31% of the world’s population.

What most people do not realize is that the vast majority of Muslims live outside the Middle East. The largest Muslim countries are:

There are 22 Arab nations in the Middle East and North Africa with a combined population of 422 million Muslims.

2) Islam began in the 6th Century in Saudi Arabia.

This is important to remember because Muslim leaders claim that Moses and Abraham were Muslims!

The religion originated with a man named Muhammad who started having seizures and visions. The words he spoke during these sessions were written down and collected into a book called the Quran. (Muhammad was illiterate.) The words in the Quran are considered to be from God.

At the time there were over 300 gods being worshiped in Mecca. Muhammad selected one of those gods — The Moon God, called Allah — and declared him to be the one and only true god. This is the reason the symbol of Islam is a crescent moon. Muhammad also declared that he was the prophet of Allah.

A second sacred book in Islam is called the Hadith. It is composed of thousands of sayings of Muhammad that were compiled by his wives, relatives and friends. There are various compilations, but the most respected contains nine volumes.

The teachings in the Hadith are considered as binding as those in the Quran — and it is full of bizarre sayings. For example:

3) Islam is a religion of the sword.

Every nation where Islam is in the majority, the religion has been imposed by force and is maintained by force.

I have a friend named Mark Gabriel. He was born in Egypt and graduated from Al Jazeera University where he became a professor of Islamic history. He experienced a miraculous conversion and has become a Christian evangelist. I asked him one time to summarize Islamic history for me. His response: “The history of Islam is a river of blood.” 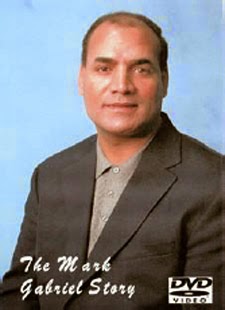 Muslims believe they are compelled by the Quran to spread their religion worldwide by war, if necessary. Here are some of the relevant passages from the Quran:

Fight and slay the pagans wherever you find them, beleaguer them, and lie in wait for them in every stratagem of war (Sura 9:5).

Fight in the way of Allah…and slay them [the unbelievers] wherever you find them and drive them out…and fight them until…religion is for Allah (Sura 2:190-193).

Muhammad is quoted in the Hadith as saying:

The sword is the key of heaven and hell. A drop of blood in the cause of Allah — a night spent in arms [war] — is of more avail than two months of fasting and prayer. Whosoever falls in battle, his sins are forgiven…(Sura 61:10-12).

In the second part of my series on what ISIS is about, we’ll continue with more fast facts about Islam.