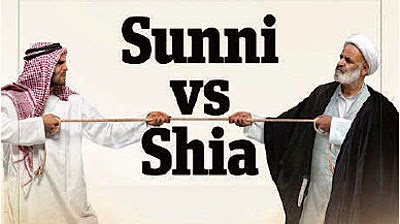 As we continue with my series on what ISIS is about, we’ll learn more fast facts about Islam.

4) Islam is totally intolerant of any other religion.

The very word, Islam, means “submission.” The Quran commands intolerance toward all other religions:

[For those who do not submit to Allah] their punishment is…execution or crucifixion, or the cutting off of hands and feet, from the opposite sides, or exile from the land (Sura 5:33).

The Quran also expresses an intolerant attitude toward any person who decides to reject the Islamic faith or convert to another religion.

Sura 9:12 commands that apostates are to be executed.

Hadith 9:57 says “Whoever changes his religion, kill him.”

These commands are practiced in all Islamic Fundamentalist countries today.

Muslims in Western non-Muslim countries try to discount these commands by quoting verses from the Quran that sound very tolerant:

Sura 5:82: “You will find that those who are nearest in love to the believers [Muslims] are those who say, ‘We are Christians.'” 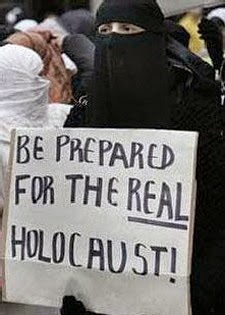 Yes, these verses sound wonderful, but what the Islam defenders do not tell you is that there is a rule for interpreting the Quran, called the “rule of abrogation,” that says that later revelations to Muhammad overrule earlier revelations, if there is a conflict. They have to have this rule because there are a lot of contradictions in the Quran.

With regard to Jews and Christians, Muhammad’s earliest revelations were all positive. He referred to them as “the people of the Book.” He did this because he expected them to surrender their religions and join his. When they refused to do so, he received “new revelations” that demeaned them and ordered them to be killed if they did not submit. For example here are three of his later revelations:

Of course the reality on the ground is more important than any denials by Western Muslims, for there is absolutely no religious freedom in any nation of the world that is ruled by Muslims.

5) Islam is divided into two major groups — the Sunnis and the Shias.

The split began in 632 AD when Muhammad died. Those who became Shias believed that a blood relative had to be Muhammad’s successor. They wanted his cousin to succeed him.

The Sunnis did not think that was necessary, and they selected Muhammad’s father-in-law.

The dispute intensified over the years, resulting in different religious practices, traditions and customs.

Today, 90% of Muslims are Sunnis. Only 10% are Shias. The main concentration of Shias is in Iran, Iraq and Afghanistan.

The animosity between the two groups is so great that it often manifests itself in acts of terrorism and wars directed at each other.

This is the reason for the great political instability in Iraq. The nation is 42% Sunni and 51% Shia, but Saddam Hussein was a Sunni, and his dictatorship greatly mistreated the Shia majority who now want revenge and who want to dominate the new government.

Incidentally, the inability of Middle East Muslims to get along with each other or anyone else is a fulfillment of a Bible prophecy. Speaking of the descendants of Ishmael, the Angel of the Lord proclaimed (Genesis 16:12):

6) Islam has twice before attempted to conquer the Christian West and still intends to do so.

In 710 AD the Islamic armies crossed the Straits of Gibraltar and quickly conquered three-fourths of Spain and Portugal. They then invaded France and took one-third of the nation. They were 125 miles from Paris when they were miraculously defeated at the Battle of Tours in 732 AD by a French army led by Charles Martel.

Their influence in Spain lived on for a few more centuries before they were slowly driven back to North Africa.

A second powerful attempt to subjugate all of Europe was made 900 years later in the 17th Century when the Turks began to expand their Ottoman Empire. They took Greece, Yugoslavia, Bulgaria, and parts of Romania and Hungary.

By 1683 they had reached the gates of Vienna where once again the Western forces won a miraculous victory against overwhelming odds.

Following this second attempt to conquer Europe, Islam fell into a state of depression and stagnation until it was awakened in the 20th Century.

7) Islam experienced a revival in the 20th Century.

There were several factors that produced this resurgence:

In the third part of my series on what ISIS is about, we’ll look at their origins, motivations, methods and purpose.