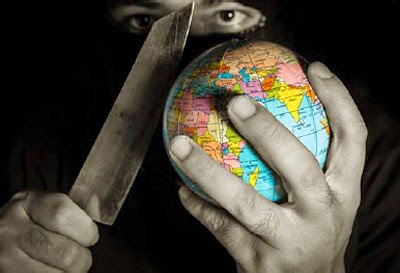 As we continue with my series on what ISIS is about, we’ll look to the Bible to learn of their fate.

The Fate of ISIS

Let’s turn our attention to the ultimate question: Will ISIS prevail? This is something I can speak about with great confidence because the answer is clearly revealed in the Bible.

Psalm 83 indicates that Israel will be attacked in the end times by a coalition of Muslim states that share a common border with the Jewish state. The Psalm declares that their purpose will be “to wipe out Israel as a nation” (Psalm 83:4).

The nations involved in this coalition will be Lebanon, Syria, Jordan, Egypt and Gaza.

And although the Psalm does not reveal the outcome of the attack, other Scripture passages do. For example, Zechariah 12:6 says that in the end times Israel will be like “a firepot among pieces of wood and a flaming torch among sheaves, so they will consume on the right hand and on the left all the surrounding peoples.” Continuing in that same chapter, Zechariah further declares:

8) In that day the LORD will defend the inhabitants of Jerusalem, and the one who is feeble among them in that day will be like David, and the house of David will be like God, like the angel of the LORD before them.

9) And in that day I will set about to destroy all the nations that come against Jerusalem.

It is this war that could easily lead to the complete destruction of Damascus that is prophesied in Isaiah 17 and Jeremiah 49.

This great defeat will likely prompt the Muslims to turn to their natural ally, Russia, and Russia will come to their aid with a great coalition of Muslim states located on the outer rim of Israel. This war, called the Battle of Gog and Magog, is described in detail in Ezekiel 38 & 39. 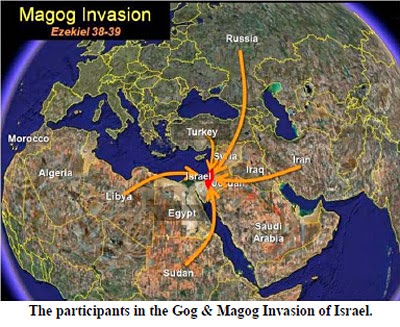 The Bible makes it clear that this coalition will be annihilated by God on the hills of Israel. Here’s how it reads in Ezekiel 38:18-23 —

18) “It will come about on that day, when Gog comes against the land of Israel,” declares the Lord God, “that My fury will mount up in My anger.

21) “I will call for a sword against him [Gog and his allies] on all My mountains,” declares the Lord God. “Every man’s sword will be against his brother.

22) “With pestilence and with blood I will enter into judgment with him; and I will rain on him and on his troops, and on the many peoples who are with him, a torrential rain, with hailstones, fire and brimstone.

23) “I will magnify Myself, sanctify Myself, and make Myself known in the sight of many nations; and they will know that I am the Lord.”

So, the Muslim armies of the Middle East are destined for overwhelming defeat.

Franklin Graham affirmed this analysis in a recent statement in which he said, “The evil of ISIS shouldn’t shock us — it is fully in keeping with their ultimate agenda of hastening a final apocalypse.” 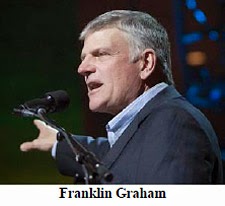 He added: “God’s Word tells us that there will be a final battle one day, but it will result in the defeat of Satan and all those allied with him.” He concluded with this observation: “One thing is for sure — one day every knee will bow and every tongue will confess that Jesus Christ is Lord, to the glory of God the Father.”

In that regard, I am reminded of a presentation made last year by a colleague of mine, Al Gist, at a prophecy conference in Lake Charles, Louisiana.

He was speaking about ISIS, and he said that while he was doing his research on the topic, he shared with his wife how the organization had changed its name several times over the years from ISI to ISIS to ISIL and now to simply IS, standing for Islamic State.

Al said his wife, Sandy, thought about it for a moment, and then said, “I don’t know much about all this, but I can guarantee you one thing: “The Great I AM is going to convert IS to WAS!”

In the fifth and last part of my series on what ISIS is about, I’ll make some present-day conclusions and points on how we can remain positive during these dark days.