The Free Exercise of Religion 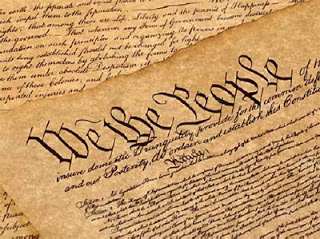 The First Amendment to our Constitution is the bedrock of our freedoms. It reads as follows:

Congress shall make no law respecting an establishment of religion, or prohibiting the free exercise thereof; or abridging the freedom of speech, or the right of the people peaceably to assemble, and to petition the Government for redress of grievances.

The Establishment of Religion Clause

We know for certain from the writings of the Founding Fathers that the first phrase of the amendment was intended only to prohibit the establishment of a state church, such as the Church of England. And that is the way in which the amendment was interpreted by our Supreme Court for more than a hundred years.

It was not until the mid-Twentieth Century that the Court began to expand the meaning of the clause from separation of church and state to separation of religion and state, resulting in a considerable diminishment of religious freedom, like the prohibition of the Gideon’s organization from distributing Bibles inside schools.

The second clause in the First Amendment is now the center of controversy. It is usually referred to as “The Free Exercise Clause.” It was designed to protect the right of people to practice their religion as they please.

Accordingly, it would seem reasonable that a conservative, Bible-believing Christian should be able to refuse to participate in any way in a same-sex marriage ceremony — whether as a photographer, baker or wedding planner. Yet, that is exactly what the Gay Mafia is condemning in our nation today.

(When I used the term, Gay Mafia, I am referring to radical homosexual activists who are determined to cram their sexual perversion down the throats of everyone, and who are particularly incensed toward Christians who believe the homosexual lifestyle is a sin against God.)

The issues raised by the Free Exercise Clause are not always easy ones. For example, we might all agree that a voodoo group should not be allowed to practice child sacrifice, but what about a Muslim woman who wants to work for the TSA, but who demands that she be allowed to wear a burka?

What about religious practices which have been outlawed in the past because they were unpalatable to the Christian majority in our nation? I have in mind such things as:

Now that political power in our nation has shifted to the hands of those who despise conservative Christianity and religion in general, we are experiencing more and more challenges to the Free Exercise Clause with respect to all religions.

My Response to the Attacks on Christians

My response to the Gay Mafia is this: If Bible-believing Christians should be forced to provide their services for same-sex marriages, then:

Where should the line be drawn? The Religious Freedom Act of 1993 was meant to protect the free exercise of religion. It was passed overwhelmingly by the Congress and signed by President Bill Clinton. Twenty states have since passed similar laws. Those laws are not meant to harm anyone. Rather, they are designed to protect religious people from discrimination and persecution.

The current assault on these laws is a manifestation of the rapidly increasing secularization and paganization of our society. Once these laws are repealed, the next step will be to demand that religious organizations like churches and ministries be restricted from abiding by their creedal statements, putting them in a position where they will be forced to hire homosexuals.

And then, of course, there are the unconstitutional “hate laws” which the Gay Mafia will insist be applied to beliefs and words instead of just actions. And if you think that is unthinkable, then think again. What if you had been told 20 years ago that within the next few years same-sex marriage would be approved by states and would even be endorsed by churches — would you have believed it? Our society is on a fast train to Sodom.

What is particularly appalling to me is the way in which several liberal denominations have rushed to accommodate the demands of a pagan society to ordain homosexuals and to approve same-sex marriage. Do the leaders of these churches really believe that God is going to bless what He has condemned?

Even a so-called Evangelical like Andy Stanley, pastor of North Point Community Church in Alpharetta, Georgia, has stated that he sees nothing wrong with forcing Christian businesses to assist with same-sex marriages! His justification for this radical stand? “Serving people we don’t see eye to eye with is the essence of Christianity.”

The time is long overdue for Christians to stand up and be counted. When the Supreme Court ruled in 1980 that the Ten Commandments could not be displayed on the walls of our schools, Christians quietly acquiesced. When the Communist Party of Poland ruled in 1984 that all crucifixes had to be removed from the walls of Polish schools, the Catholic leaders and children of Poland went to the streets and said, “Over our dead bodies!” The Polish government backed off.

Will Christians take a stand in this country, or will we allow the Pagans and Humanists to run over us?