What America Desperately Needs (Part 3 of 3) 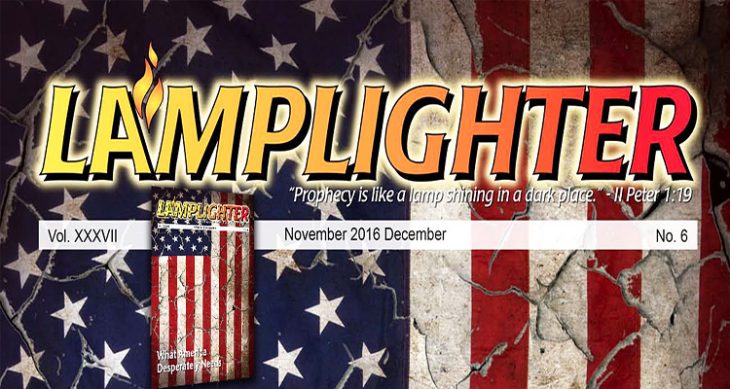 The Warning of Romans Chapter 1

In Romans chapter 1, Paul tells about how God deals with a rebellious nation He has blessed. If the nation persists in its rebellion after it has been warned by prophetic voices and remedial judgments, God will step back and lower His hedge of protection and allow evil to multiply (verses 22-25). The result will be a sexual revolution, like the one that occurred in our nation in the 1960s.

If the nation ignores this judgment, God will step back a second time and lower His hedge of protection even more. This will produce a plague of sexual perversion in the form of homosexuality (verses 26-27). We began experiencing this at the turn of this century.

If the people continue to refuse to repent, God will step back a third time and deliver the nation over to a “depraved mind” (verses 28-32). That is where we are today. Just consider, for example, the two photos below that were taken recently at demonstrations in Washington, D.C. 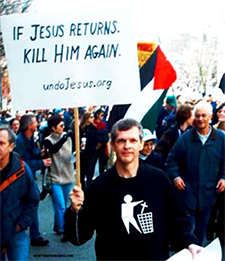 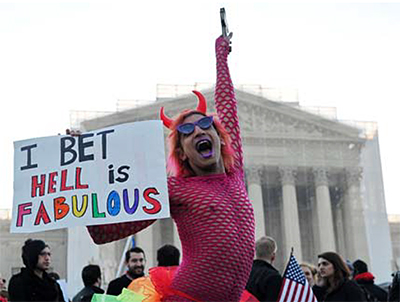 June 26, 2015 is the day our nation’s fate was sealed. That was the day our Supreme Court decided to legalize the abomination of same-sex marriage. In the process, the consenting judges decided to ignore our Constitution, disregard 2,000 years of Western civilization, and hold God’s Word in contempt.

Repentance is the only thing that can save our nation — not Hillary Clinton or Donald Trump or any other politician. But how can repentance take place when sin is so entrenched and even celebrated?

Our wound has become incurable. We can no longer hope for survival as a nation when we are thumbing our nose at God and holding His Word in open contempt.

Consider again the ominous words of the prophet Nahum (Nahum 1:2-3):

3) The LORD is slow to anger but great in power; the LORD will not leave the guilty unpunished…

The only hope we have left is the individual hope that God’s Word gives us when we accept His Son, Jesus, as our Lord and Savior.

That hope is great beyond words, and I cling to it in faith, reminding myself daily that while all the world is mocking God and His Word, He sits in Heaven and laughs — not because He does not care, but because He has the wisdom and the power to orchestrate all the evil of Satan and Man to the triumph of His Son (Psalm 2:1-9).