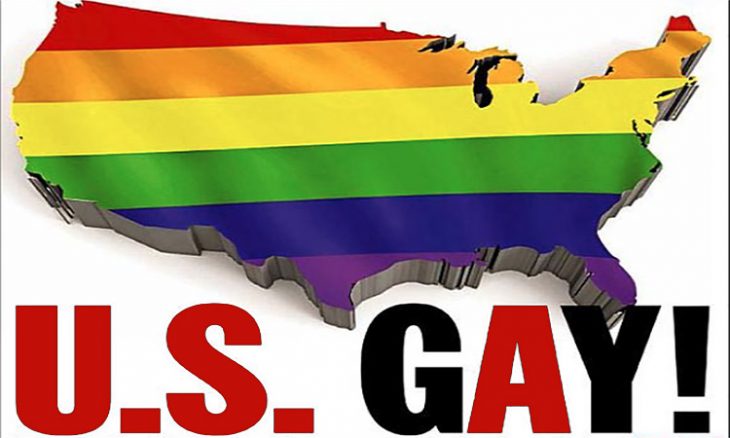 When our Supreme Court made its insane and unbiblical decision on June 26, 2015, to legalize the abomination of same-sex marriage, it opened a Pandora’s box.

For one thing, the decision clearly signaled that no state could any longer enforce laws against polygamy. After all, if a man can legally marry a man, how can it be argued that he cannot marry several women? When the Court thumbed its nose at God’s Word and tossed out God’s definition of marriage, it opened up unlimited possibilities for a great variety of fake “marriages.”

If same-sex marriage is legal, then why not an incestuous marriage between a brother and sister? Or an oedipal marriage between a son and mother? And what about those involved in bestiality? Are they to be prevented from marrying their pet? And is this really any more bizarre than marrying a person of the same sex?

Or, consider the current fad of marrying yourself. Yes, that’s what I said — believe it or not, there are people who are now marrying themselves! It’s called sologomy. There are even several websites devoted to it, one of which is www.imarriedme.com. At this site you can order a wedding kit for a solo marriage. It includes invitations, a wedding band and the complete outline for a wedding ceremony, including the vows. The kit costs $50 if you want a sterling silver ring, and $230 if you desire a 14-karat gold ring.

A 37 year old woman in Brooklyn, New York named Erika Anderson conducted her self-marriage ceremony in the spring of 2016. She told CBS News that “she grew frustrated with being asked why she hadn’t settled down with anyone and decided to take matters into her own hands.” So, she put on a wedding gown and walked herself down the aisle among family and friends and recited a vow to commit herself to herself. Later, Erika said, “For so many years, people had been telling me I was a great catch, so I caught myself.”

It’s what could be called the ultimate act of narcissism.

And to illustrate where all this insanity is going, consider the man in the South American country of Colombia who recently married two of his best buddies. It’s called polyamory.

People suffering from a mental disorder called Objectum-Sexuality fall in love with inanimate objects and desire to marry them. Thus, a woman in San Francisco who fell in love with the Eiffel Tower decided to marry it and changed her name to Erika La Tour Eiffel. Likewise, a German woman fell in love with the Berlin Wall, and on her sixth visit to the wall in 1979 she married “him” in front of a handful of guests. When the wall was torn down in 1989, she was horrified.

A Japanese man recently married Nene Anegasaki, a digital character in the Nintendo video game called “Love Plus.” He actually had a real ceremony on the island of Guam, where apparently it is legal to marry not only inanimate objects but also imaginary ones. He even ended the ceremony by calling up her image on a computer tablet and giving her a kiss.

France is now allowing posthumous marriages to partners who die before a planned wedding ceremony. A woman in India was married to a cobra in 2006, with over 2,000 people attending the elaborate ceremony. And in 2010 a man in Australia was married to his five year old golden retriever named Honey.

Here in the States, the Associated Press recently noted that “more states are allowing three parents of one child.” An example would be when a lesbian couple has a child with the help of a man who impregnates one of them — in which case all three become parents.

The Deinstitutionalization of Marriage

Meanwhile, marriage is on the decline. Whereas throughout history, it was considered to be a very special, sacred institution, it is now viewed by many in our nation as nothing more than a convenience for lowering taxes. A Pew Research Center study in 2011 revealed that whereas in 1960 72 percent of adults in America 18 years of age or older were married, today just 51 percent are wed.

The immorality of cohabitation has become our national norm. Before 1970, living together outside of marriage was uncommon, but by the late 1990s at least 50 to 60 percent of couples were living together before marriage. More than two- thirds of married couples in the US now say that they lived together before getting married.

The paganization of our society is destroying one of the cornerstones of civilization — the institution of marriage.

In Romans chapter 1, the Apostle Paul stated that when a society rebels against God and refuses to repent, God will deliver the society over to a depraved mind (verse 28). That is where we are today.