The Presidential History of US-Israel Relations (Part 3 of 5) 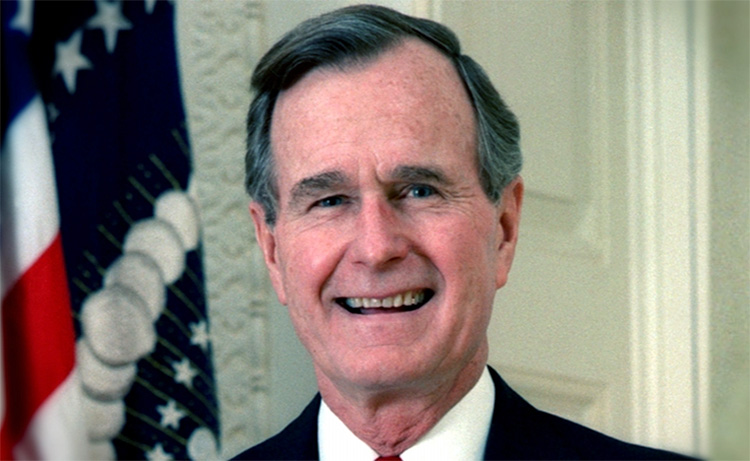 This brings us to the president who began to turn our nation against Israel by insisting that the Israelis start trading land for peace.

The first Bush presidency proved to be the decisive turning point in US-Israel relations. Republican President George H.W. Bush came to power in 1989, and he had hardly assumed office before his vehemently Anti-semitic Secretary of State, James Baker, proclaimed that the time had come for Israel to abandon its expansionist policies. His statement caused people all over the world to reply with, “What expansionist policies?”

Bush added fuel to the fire when in 1991 he announced that he considered East Jerusalem to be occupied territory, despite the fact that Israel had officially annexed it in 1980. Following the Gulf War in 1991, and this is the real turning point, when the Soviet Union collapsed in the early 1990’s, tens of thousands of Jews began to fly into Israel. Some 3,000 a day arrived in Israel for over a year. Three thousand every day, day after day; Israel was overwhelmed! Israel just did not have the financial resources to take care of all those refugees. They could not supply them with jobs. They could not supply them with housing, or food, or lodging.

Desperate, the Israeli government went to the World Bank and asked for a $10 billion loan to help deal with all those refugees. But, the World Bank responded with the equivalent of, “Get lost!”

Israel next came to the United States with new terms. The World Bank would loan Israel $10 billion if the U.S. would underwrite it. President Bush Senior replied with an ultimatum. “Okay, we’ll underwrite it, but there is something you must do. You must go to the negotiation table and you must start negotiating away your land for peace.” This is where the whole insane land for peace process started.

President Bush forced Israel in 1991 to go to the Madrid Conference to begin negotiating away their land for peace. This conference laid the groundwork for the Oslo Accords in 1993 which initiated this whole land for peace process.

I think it is interesting to note that when James Baker completed his service as Secretary of State in 1992, one of the first things he did was to establish a think tank in Houston at Rice University called the Baker Institute for Public Policy. Guess who came to open his new think tank? The man he honored, none other than PLO terrorist leader Yasser Arafat. As far as I am concerned, the act was equivalent to inviting Hitler to come and speak.

The Clinton and Bush Junior Administrations 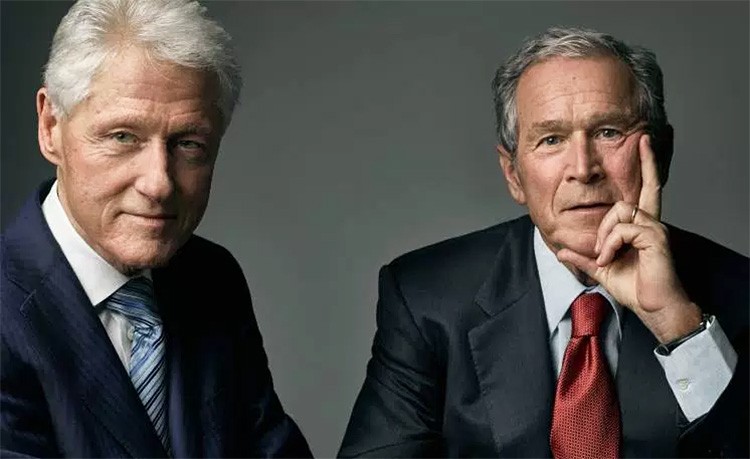 In my presentation entitled “US-Israel Relations in the End Times,” I continued to survey US-Israel relations during the presidencies of Democratic President Bill Clinton and Republican President George W. Bush. Clinton was very supportive of Israel, whereas Bush wavered back and forth, finally becoming the first president to propose the disastrous Two-State Solution.

In the fourth segment of our study of how the various U.S. administrations viewed and treated the nation of Israel, we’ll examine the hostility of the Obama Administration and make a dire prediction concerning the Trump Administration.