Does the Church Represent the Full Expression of God’s Kingdom? 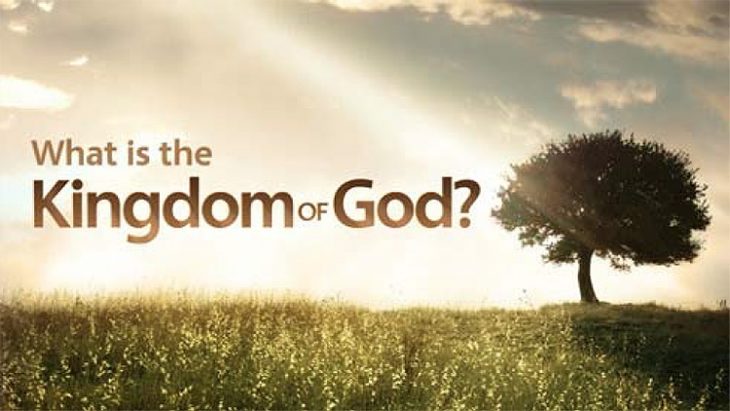 Let’s consider in detail the assertion of Amillennialists that the Church is the kingdom and there is no other kingdom promised for the future, certainly not a Millennial kingdom when Jesus will reign over all the earth from the throne of David in Jerusalem.

The Amillennialist argument is usually expressed as follows: “The Lord is not coming back to establish a kingdom here on earth because the kingdom was established in the First Century in the form of the Church, and that is the only kingdom that will ever exist on earth.”

I know this argument well because I grew up in a church that taught it. We were so dogmatic about it that we refused to pray “The Lord’s Prayer” because it contained the phrase, “Thy kingdom come on earth as it is in Heaven.” Our position was that the kingdom had already come in the form of the Church, and therefore such a prayer was irrelevant, since it had already been fulfilled.

All of this is really ridiculous, because the argument that the kingdom is the Church completely misses the point of Premillennialism. I am a Premillennialist, and I do not deny that the Church is the current manifestation of God’s kingdom upon the earth.

Let me say that again in a different way: I would agree that the Church is God’s kingdom on the earth today. Despite all the propaganda to the contrary, there are many Premillennialists who do not deny that Jesus is currently reigning in glory over His kingdom, the Church.

Likewise, all Christians believe that Jesus is Lord, but beyond that basic belief, they disagree on many things. To attack the validity of Premillennialism by asserting that Premillennialists are wrong because they believe the Church is not the kingdom is equivalent to attacking the validity of Christianity by asserting that Christians are wrong because they believe in the infallibility of the Pope!

The fallacy of this kind of thinking can be illustrated decisively by pointing out that the same argument could be applied to Christianity as a whole — that is, Christianity is invalid because Christians disagree! This, of course, is sheer nonsense.

It should be kept in mind, too, that Amillennialists disagree strongly with each other. Some spiritualize the kingdom completely while others materialize it in the Church. Some deny that there will ever be a Millennium of any kind; others argue we have been in a spiritual Millennium ever since the Cross. Some take the position that the book of Revelation was fulfilled in the First Century in the pouring out of God’s wrath on the Jews.

There are even Amillennialists who believe that our eternal abode will be a new earth, whereas most would hotly deny this, arguing instead that we will spend eternity in an ethereal spirit world.

There are four basic arguments that Amillennialists use to justify their contention that the kingdom was established in the First Century in the form of the Church and that the Church is the only kingdom which Christ will ever have on this earth:

The Diversity of the Kingdom Concept

The Unity of the Kingdom Concept

I believe these scriptures teach that God has always had a kingdom upon this earth, but it has been manifested in different ways. The kingdom was originally expressed in the creation itself, in its perfect obedience to God’s will. With the corruption of the creation through the sin of man, the kingdom was expressed in the lives of the Patriarchs who, like Job, responded obediently in faith to God’s will.

The kingdom became focused in a more tangible manner after the call of Abraham and the emergence of the nation of Israel. Since Pentecost, the kingdom has been expressed in the Church. But the Bible promises different expressions of the kingdom in the future — first, in the form of a thousand year rule of Jesus upon this earth, and second, in the form of an eternal rule of God upon a new earth.

Notice that the progression here is both circular and expansive. It is circular in that it begins and ends with the reign of God over a creation that is in perfect submission. It is expansive in that after the Fall it constantly expands in scope from a few Patriarchs and their families, to the nation of Israel, to the Church, and finally to all nations of the world.

The kingdom is thus past, present, and future. It is currently expressed in the Church, but it is like a rose in the bud, yet to bloom in its full glory. The kingdom has always been coming, and it will continue to come until God’s will is done perfectly. Even during the Millennial reign of Jesus the kingdom will be coming, for the Bible teaches that rebellion will be lurking in the hearts of men.

The consummation of the kingdom will not come until all enemies of God have been subdued. That will occur at the end of the Millennial reign of Jesus (Revelation 20:7-15) at which time He will surrender the kingdom to His Father, and God Himself will reign forever over a redeemed creation (Romans 8:18-23 and 1 Corinthians 15:24-28).

Jesus and the Kingdom

This concept of the progressive unfolding of the kingdom was taught by Jesus in the parable in which He compared the kingdom of God to the growth of grain, stating “the soil produces crops by itself; first the blade, then the head, then the mature grain in the head” (Mark 4:26-29).

Jesus clearly expressed His belief in a future literal Jewish kingdom here on earth at the time of His Ascension. As He stood with his disciples on the Mount of Olives, they asked Him, “Lord, is it at this time You are restoring the kingdom to Israel?” (Acts 1:6). He responded, “It is not for you to know times or epochs which the Father has fixed by His own authority” (Acts 1: 7).

Notice, Jesus did not rebuke His disciples by telling them that the kingdom was going to be a spiritual kingdom called the Church and not a Jewish kingdom here on earth. Rather, He simply told them that it was not God’s will to reveal to them when the Jewish kingdom would be established.

The ultimate truth about the concept of the kingdom is that Jesus Himself was the incarnation of all that the concept represents, for He obeyed God perfectly in all things (Hebrews 5:8-9).

Is the Church the kingdom? Yes and no. Yes it is the Lord’s kingdom in the world today. No, it is not the full expression of the kingdom. The kingdom is present and yet still coming. Let us pray for its more glorious expression by joining the Apostle John in his prayer: “Amen. Come, Lord Jesus” (Revelation 22:20).

Then the sovereignty, the dominion, and the
greatness of all the kingdoms under the whole
heaven will be given to the people of the
saints of the Highest One; His kingdom will
be an everlasting kingdom, and all the dominions
will serve and obey Him.”
(Daniel 7:27)