The Real Reason for School Violence 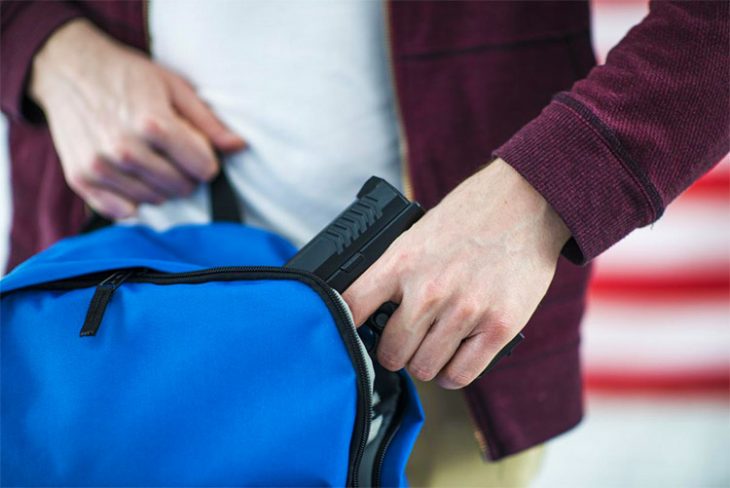 Why have our schools become so violent? All across our nation people who are fed up with school violence are demonstrating in behalf of gun control.

But guns are not the basic problem. I graduated from high school in Waco, Texas in 1956. There were 450 in my graduating class, and on any given day there would be two or three dozen pickup trucks in the school parking lot equipped with gun racks. Many of those racks would contain three guns — a deer rifle, a .22 rifle, and a shotgun. Yet, no one worried about some student shooting up the school.

One of my best friends who is my age grew up in Amarillo, Texas. When he was 14 years old, he rode his bike into town and purchased a rifle. No questions were asked. No background checks were made. The boy wanted a gun, and the store sold it to him.

So, what has changed in the 60 years since 1956? There is a poem circulating on the Internet that points to the answer. It has been around since the 1980’s, and the author is unknown. It has been edited many times over the years. The latest edition is produced below.

Now I sit me down in school,
Where praying is against the rule.
For this great nation under God,
Finds mention of Him very odd.
If Scripture now the class recites,
It violates the Bill of Rights.
And anytime my head I bow
Becomes a Federal matter now.
Our hair can be purple, orange or green,
That’s no offense; it’s a freedom scene.
The law is specific, the law is precise.
Prayers spoken aloud are a serious vice.
For praying in a public hall
Might offend someone with no faith at all.
In silence alone we must meditate,
God’s name is prohibited by the state.
We’re allowed to cuss and dress like freaks,
And pierce our noses, tongues and cheeks.
They’ve outlawed guns, but FIRST the Bible.
To quote the Good Book makes me liable.
We can elect a pregnant Senior Queen,
And the “unwed daddy,” our Senior King.
It’s “inappropriate” to teach right from wrong,
We’re taught that such “judgments” do not belong.
We can get our condoms and birth controls,
Study witchcraft, vampires and totem poles.
But the Ten Commandments are not allowed,
No word of God must reach this crowd.
It’s scary here I must confess,
When chaos reigns the school’s a mess.
So, Lord, this silent plea I make:
Should I be shot; My soul please take!
Amen

As this poem clearly indicates, the reason for school violence is not guns. The reason is that we have kicked God out of our schools.

I started public school in 1944, and until I graduated in 1956, we had a daily Bible reading and prayer. We had Easter plays and Christmas pageants. We were taught Christian morals. In fact, one of my English readers in high school consisted of Bible stories with a moral clearly stated at the end of each story. When I graduated from high school, we had what was called a baccalaureate service the day before our graduation ceremony. It consisted of a worship service and a sermon by a local pastor.

Since that time, our Supreme Court has outlawed Bible reading and prayer in the public schools. It has even declared it to be unconstitutional for the Ten Commandments to be displayed. The Court has also stopped the teaching of Creationism as an alternative to Evolution. In this regard, in the words of Romans 1:18, we as a nation are guilty of “suppressing the truth in unrighteousness.”

This nation is raising a whole generation of moral pygmies, and all the gun control imaginable is not going to stop the violence.

We are reaping what we have sown. Theologians refer to the result as “abandonment wrath” — the kind of wrath exhibited by God when He turns His back on a rebellious person or society, allowing self-destruction.

We have thumbed our nose at God. We have barred Him from our schools. We have made a mockery of His Word. And He has responded by stepping back, lowering His hedge of protection and allowing evil to run its course.