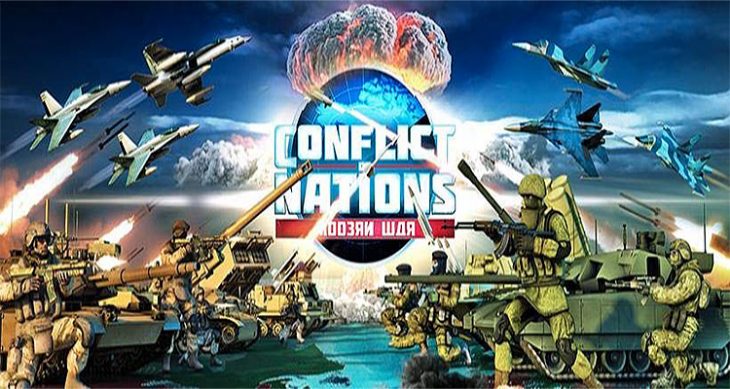 [Note: Tim Moore is a Colonel in the U.S. Air Force Reserves. He serves in the Kentucky Legislature, and he is a pilot and pilot instructor for UPS. He also is an Associate Evangelist for Lamb & Lion Ministries, and in that capacity, he goes out on weekends and speaks at churches and conferences in behalf of this ministry.]

Why are the nations in an uproar, and the peoples devising a vain thing? The kings of the earth take their stand and the rulers take counsel together against the Lord and against His Anointed, saying, “Let us tear their fetters apart and cast away their cords from us!” (Psalm 2:1-3).

While other ancient peoples and nations have disappeared into the sands of time, the God of Abraham, Isaac and Jacob remains faithful to the children of Israel — though they have not been faithful to Him. Honoring His promise to Abraham, God has indeed blessed his offspring and preserved them.

God has also clearly interacted with other nations and communities of people throughout history — pouring out blessings or meting out judgments. Recognition of that truth seems to be fading in our own society. For Westerners in general, and Americans in particular, a prideful sense of rugged individualism has crept into our worldview in ways we do not even realize. Instead of relying on God, we are trusting in our own abilities.

Christians rightfully place special emphasis on the responsibility and accountability of each individual. It clearly comports with Scripture’s call to personal faith and individual accountability. The adage that God has no grandchildren communicates the truth that no man or woman will gain admittance to heaven based on their parent’s faith in God. Every person must choose to trust Him individually.

Yet, Scripture also tells of the repercussions of sin lasting for generations and speaks to the judgment of God that will fall on entire nations and societies.

So, just what is God’s relationship with nations? And, how does He hold nations and communities accountable for their collective sin? We have several examples.

In Genesis, God condemned the gross wickedness of Sodom and Gomorrah. When He fellowshipped with Abraham, He revealed His intention to weigh those evil cities and pour out judgment. Abraham appealed to God, urging Him to spare the cities if He could find just a handful who were righteous by comparison to the broader society.

God agreed to spare those immoral cities if He could find as few as ten righteous souls. We all know the rest of the story. God found only four people creditable as righteous — Lot, his wife and their two daughters. They were given provision to escape the destruction, but destruction did fall. We can speculate that those cities were filled with people of every age, and that by our way of thinking some of them were more “innocent” than others. But God’s discernment is perfect and His judgment is always right.

Elsewhere in Scripture, prophets recorded declarations of impending judgment. Time and again God poured out obliterating judgment on whole nations for their willful immorality and idol worship, for rejecting the messengers of God who called them to repent and turn to Him, and for their callous treatment of Israel.

Draw near, O nations, to hear; and listen, O peoples! Let the earth and all it contains hear, and the world and all that springs from it. For the LORD’s indignation is against all the nations… (Isaiah 34:1-2).

Jeremiah also prophesied against nations and cities, including Philistia, Moab, Ammon, Damascus, and Babylon (Chapters 47-51). He foretold that Babylon’s downfall would come as punishment for her treatment of Israel (Jeremiah 51:5-6). Ezekiel likewise pronounced judgment on Ammon, Moab, Edom, Philistia, Tyre, and Egypt (Chapters 25-30).

What was Ammon’s great sin that led to its destruction? God declared His anger with Ammon because the people of that nation had said, “‘Aha!’ against My sanctuary when it was profaned, and against the land of Israel when it was made desolate, and against the house of Judah when it went into exile” (Ezekiel 25:3). Clearly antagonism against Israel angers God.

Amos, Obadiah, and Micah also declared prophecies against Gentile nations. And Jonah’s famous calling was to preach to a singular despised enemy of Israel — Nineveh, the capital city of the Assyrian empire.

Scripture repeatedly shows that while God relates personally and intimately with individuals, He also weighs nations in the balance and passes judgment on collective assemblies of people. Compared to the greatness of Almighty God, even great nations are but a “drop from a bucket” or a “speck of dust on the scales” (Isaiah 40:15).

Some would argue that God’s national focus is on kings and rulers. Certainly the prophets often issued their proclamations to rulers and leaders. But, as Egypt clearly exemplified, entire nations suffer the consequences of a king or ruler’s defiance of God. National leaders represent the will and attitude of the people, whether for good or bad.

In Psalm 2, the nations are in an uproar because their kings and rulers are rebelling against the Lord and His Anointed One. That is why He laughs, scoffingly dismissing the rebellious ranting of the kings of the earth (2:4). In the fullness of time, those rebellious nations themselves will be given over to the Son as His inheritance (2:7-8).

In the second part of this look at God’s relationship with nations, we’ll look at how a nation behaves towards Israel matters.