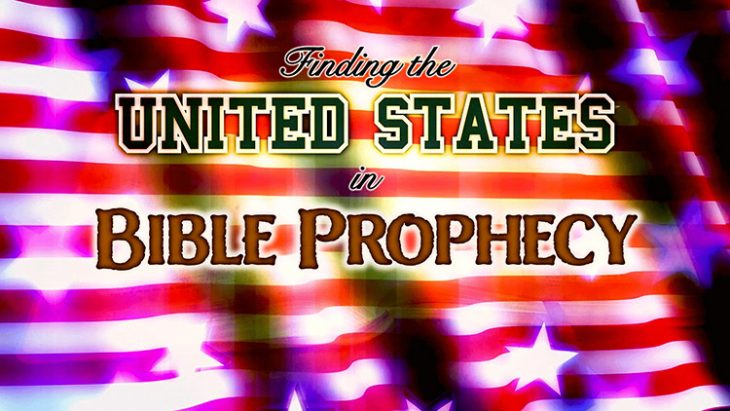 Before God pours out His wrath on a nation, he patiently calls its people to repentance and warns of impending judgment. He did that for Judah in two ways. He did it first through prophetic voices and secondly through remedial judgments.

David Reagan: Before #God pours out His wrath on a nation, he patiently called its people to repentance and warns of impending #judgment. Click To Tweet

Let’s consider the prophetic voices first. In about 740 BC, God anointed a sophisticated and erudite man named Isaiah to be a prophet to Judah. The first thing God asked him to do was to go out and conduct a spiritual inventory of the land. God knew the sins of the land, but He wanted Isaiah to know them as well.

Isaiah’s subsequent report was as startling as it was breathtaking. It clearly revealed that the people whom God had so richly blessed had turned their back on Him and His Word. And, since these are the sins that motivated God to destroy that nation, one that He loved so much, including the city and also the Temple where He resided, because these are the sins that resulted in its own destruction, we should pay close attention to what they were.

The following are the sins that bring about the wrath of God.

Injustice — Isaiah’s report begins in Isaiah 5. The prophet began in verse 7 with the first sin, which is the sin of injustice. Here’s how he put it, “He [God] expected a crop of justice, but instead he found oppression. He expected to find righteousness, but instead he heard cries of violence.”

Greed — He next mentioned greed. Here’s how He put it, “You buy up property so others have no place to live. Your homes are built on great estates so you can be alone in the midst of the earth!”

Pleasure-Seeking — The next sin he discovered was pleasure-seeking. He said, “They furnish wine and lovely music at their grand parties, lyre and harp, tambourine and flute, but they never think about the LORD or notice what he is doing.”

Blasphemy — The fourth sin was blasphemy. What a description he has here of that, “They even mock the Holy One of Israel and dare the Lord to punish them. They say, ‘Hurry up and punish us, O Lord,’ they say. ‘We want to see what you can do!'”

Moral Perversion — Next, Isaiah pointed to the shocking sin of moral perversion, perhaps the worst of these sins. Here is what he said, “They say that what is right is wrong and what is wrong is right; that black is white and white is black; bitter is sweet and sweet is bitter.”

Intellectual Pride — Isaiah lamented the sin of intellectual pride. He said, “Woe to those who are wise and shrewd in their own eyes!”

Intemperance — Next he identified the sin of intemperance. He wrote, “Woe to those who are heroes when it comes to drinking and boast about the liquor that they can hold.”

Political Corruption — The final sin he identified was political corruption. He said, “They take bribes to pervert justice, letting the wicked go free and putting innocent men in jail.”

And so, the eight sins of Judah that Isaiah reported were: injustice, greed, pleasure seeking, blasphemy, moral perversion, intellectual pride, intemperance and political corruption. All of which he asserted were produced by contempt for the Word of God.

Isaiah also reported that all his calls to repentance were met with scoffing and frivolity. Here is how he worded it:

“The Lord God called you [speaking of Judah] to repent, to weep and mourn, to shave your heads in sorrow for your sins, and to wear clothes made of sackcloth to show your remorse. But instead, you sing, and you dance, and you play, and feast and drink. And you say, ‘Let us eat, drink, and be merry,’ you say: ‘What’s the difference, for tomorrow we’re going to die.'”

Isaiah responded to this crass indifference with a strong warning:

“God will send a signal to the nations far away, whistling to those at the ends of the earth, they will come racing toward Jerusalem. Their arrows are sharp; their bows are bent; sparks will fly from their horses’ hoofs, the wheels of their chariots will spin like the wind. They roar like lions and pounce upon the prey. They seize my people and carry them off into captivity with none to rescue them.”

Sixty years later, God called a young priest named Jeremiah to do the same thing that had been requested of Isaiah. He told him to go out and perform a spiritual inventory of the sins of Judah. And, when he reported back to God, he listed the same sins as Isaiah, but he added three that Isaiah did not mention.

Immorality — The first was immorality. This, of course, had been hinted at in Isaiah’s accusation of moral perversion. But, Jeremiah got specific. He declared that God had fed His people until they were full, but they thanked God by “committing adultery and lining up at the brothels.” He reported, “They are well-fed, lusty stallions, each neighing for his neighbor’s wife.”

Religious Corruption — Then Jeremiah mentioned the problem of religious corruption, which is a horrible sin. He said, “A horrible and shocking thing has happened in this land, the prophets give false prophecies, and the priests rule with an iron hand. Worse yet, my people like it that way!”

Closed Minds — Finally, Jeremiah mentioned closed minds. He declared the people do not listen when God speaks. “Their ears are closed, and they cannot hear. They scorn the word of the God. They won’t listen at all.”

Think about America today. That is where we are, folks.