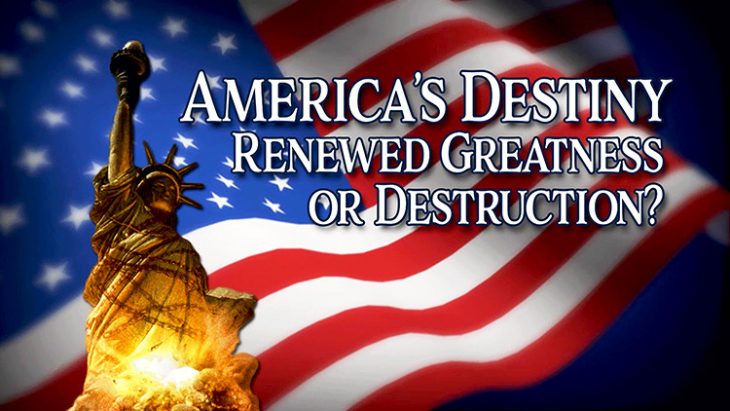 There is a fourth factor, more important than the previous three mentioned, and that has to do with the fact that we have been ignoring Scripture. The ignorance of Scripture is the fundamental problem in this nation. It is reflected in polls by the Barna Association. For example, (put your seatbelt on), the latest Barna poll shows only 9% of Americans are Bible-believing. And, even more shocking, only 17% of professing Christians are Bible-believing.

What determines a Bible-believing Christian? Answer the following six questions to find out.

Again, only 9% of Americans can answer these questions biblically, and only 17% of professing Christians. We are a biblically ignorant nation. Is it any wonder that in a recent national poll George Barna revealed that as of today:

Or, consider what public opinion polls are showing regarding same-sex marriage. Acceptance of this abomination has increased rapidly from 37% in 2007 to 62% in 2018. The acceptance among white Evangelicals has increased from 14% in 2007 to 35% today. And, the latest poll in 2018 shows there is only one state left in the United States where the majority of people oppose same-sex marriage — the state of Alabama.

My fellow Christians, we need to face up to the fact that we have lost the culture war in this nation. Humanism has triumphed. We are now a nation begging God to deliver us from judgment to destruction. If President Trump is succeeded by another radical liberal ideological person like Obama or Bernie Sanders, supported by a radical liberal Congress, the turn around will be swift and it will be breathtaking. All of Trump’s executive orders will be reversed overnight. The Second Amendment will come under a concerted attack. Abortion will be promoted. Hate speech legislation will be broadened to prevent people from even speaking out against the Sexual Perversion Movement, as it is in Canada now. Israel will be abandoned. Expressions of Christianity will be confined to church buildings.

People say, “But the Supreme Court will stand as a wall against the tide of paganism and secularism.” My response is, “Do not count on it!” I speak as one who taught Political Science for 20 years. A radical president with a supporting Congress can undercut the Court overnight by passing legislation to increase the number of members on the court from 9 to 11 and to allow for additional appointments for every judge who stays on the court beyond the age of 70.

FDR tried to do that very thing in 1937 when he was at the height of his political power, and he failed. What most people forget, or don’t know, is that six times in American history the size of the court has been changed by either increasing or decreasing the number of justices. Each time it was done for political reasons. Our Constitution does not specify the number of judges on the Supreme Court. The Congress determines that. The first Supreme Court had six judges. It was increased to 7 in 1807, it was increased to 9 in 1837. It was further increased to 10 in 1863. It was reduced to 7 in 1866 to prevent President Andrew Johnson from making any appointments. The current size was set in 1864, but it is not set in concrete.

Romans 1 makes it crystal clear that the fate of our nation is sealed. It reveals the wrath of God is called down from Heaven by these things: ungodliness, unrighteousness, suppression of the truth, and the worship of the Creation rather than the Creator. And, that’s exactly where we are in our nation’s history. We are practicing ungodliness as we kick God out of our schools and all aspects of public life. We are practicing unrighteousness in our daily murder of babies. We are suppressing the truth of the origin of life and the universe. And, we are worshiping the Creation rather than the Creator.

Romans 1 tells how God responds to this kind of rebellion against Him and His Word. He steps back, He lowers the hedge of protection, and He allows evil to multiply. The results are a sexual revolution, which occurred in our nation in the 1960’s. A plague of homosexuality, which followed in the 1980’s and 90’s. And, society being delivered over to a depraved mind, which is where we are today.

What else but depravity of mind could explain our nation’s celebration over the Supreme Court’s decision to legalized same-sex marriage? As we celebrated, God must have wept. Or, consider the depravity of the sordid spectacle when the White House was lit up in the colors of the Sexual Perversion Movement. I have no doubt that we signed our nation’s death warrant on June 26, 2015, when our Supreme Court rendered its despicable, ungodly decision.

Nor are we alone. Europe has rejected Christianity, and Christians are being persecuted and slaughtered worldwide. Our world is a ticking time bomb. One of the tragedies is that the average person is just going about his normal business as if nothing is wrong, oblivious to the fact that the wrath of God is about to be poured out.

In the fourth and last segment of our series exploring whether America is destined for greatness or destruction, we’ll see if there is any hope left for our nation.