There are two things that have always bothered me about Mary, the mother of Jesus.

First, I have been appalled by the efforts of the Catholic Church to deify her — to make her into a god.

Second, I have been troubled by the way in which Protestants have ignored her — most likely because of the attention she has received from Catholics.

Catholics deny that they have made her a god, but their actions, and even their words, testify otherwise. It is not at all unusual to find her referred to in Catholic literature as “coredemtrix,” “the gate to Heaven,” “our advocate” and “mediatrix.”

Furthermore, the Catholic church has attempted to elevate Mary to the status of deity through four unscriptural doctrines:

1) The Immaculate Conception of Mary — Proclaimed by Pope Pius IX on December 8, 1854. Most people, including Catholics, think this refers to Mary’s miraculous conception of Jesus through the power of the Holy Spirit. But no, it refers instead to a belief that Mary herself was born sinless and remained sinless throughout her life. There is no biblical basis for this heresy. The Scriptures teach that Jesus alone was born sinless and remained sinless to the moment of His death.

2) The Assumption of Mary — Proclaimed by Pope Pius XII on November 1, 1950. This is the belief that Mary was taken to Heaven, body and soul, where she was glorified and “exalted by the Lord as Queen over all things.” The Pope’s declaration did not make it clear whether this assumption occurred before or after her death. Again, there is no biblical basis for this doctrine.

3) The Perpetual Virginity of Mary — This doctrine is based on tradition. It states that Mary remained a virgin throughout her life. Once again, there is no biblical basis for this belief. In fact, the Scriptures indicate the opposite, for they name four brothers of Jesus and mention that he had two sisters, which are unnamed (Mark 6:3 and Matthew 13:55-56).

4) Mary as Co-Redemptrix — This is not an official doctrine of the Catholic Church, although there have been many requests from Catholics for the Pope to declare it a dogma. Despite the Pope’s failure to do so to date, many of the Church’s spokesmen treat her as a co-redeemer, equal with Jesus, by referring to her as such and by encouraging Catholics to pray to her. 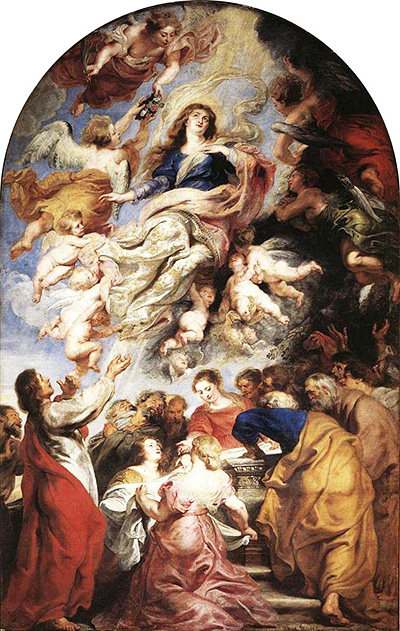 Catholics are often shocked to discover how little is said about Mary in the Scriptures and how the Scriptures treat her as a human being and not a god. Pastor John MacArthur has emphasized this point in his writings:

Scripture actually has very little to say about Mary. There’s no description of her physical appearance, nothing about her life, her later years after Christ’s death or her own death and burial. And when she does appear with the disciples and other believers on the Day of Pentecost, she’s not an object of worship or even a leader in the early church — she’s just one among many. There simply are not biblical examples of anyone ever praying to her, honoring her or venerating her.

She also does not play any role in the New Testament presentations of the Gospel. In Paul’s theological treatise called the book of Romans, the only thing he says about her is that she was “a descendent of David” (Romans 1:3). And in his letter to the Galatians in which he presents a lengthy explanation of the Gospel, he simply refers to the fact that Christ was “born of a woman” (Galatians 4:4). In neither passage does he even mention her by name!

All this reminds me of something I used to experience every December between 1980 and 2002 when I had a daily 15 minute radio program that was broadcast nationally. As we approached Christmas each year, I would always devote one or two programs to Mary, and I would point out that she was a sinner like all the rest of us, and, like us, she needed a Savior.

The response was always an avalanche of messages assigning me to the deepest, darkest and hottest area of Hell!

The fact of the matter is that Mary herself realized that she needed a Savior and proclaimed that truth in the song she sang when she visited her relative, Elizabeth. She began with these words: “My soul exalts the Lord, and my spirit has rejoiced in God my Savior” (Luke 1:46-47). 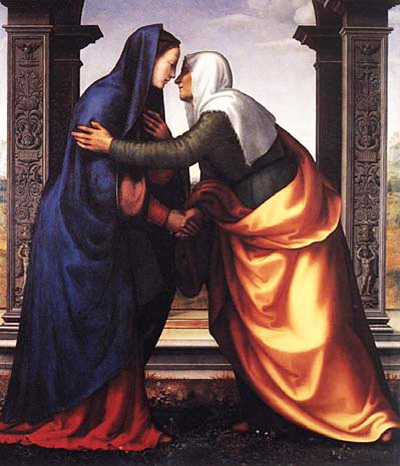 The elevation of Mary to deity is blasphemy. But it is also not proper to ignore her. She should be used as a model of teen age righteousness for our young people today.

The marrying age in Israel in her time was 13. She was already engaged to Joseph at the time the Angel Gabriel appeared to her and informed her that she would become the mother of the Messiah. In that culture, engagement was considered marriage, even though the marriage had not yet been consummated. To become pregnant during the waiting time was scandalous and could result in being stoned to death.

Mary was fully aware of all this. She also was aware of how a child is conceived, for when the angel informed her that she would become pregnant, her first response was, “How can this be, since I am a virgin?” (Luke 1:34). The angel explained that “the Holy Spirit will come upon you, and the power of the Most High will overshadow you…” (Luke 1:35). He then added, “For nothing is impossible with God” (Luke 1:37).

When it became clear to Mary that it was God’s will for her to give birth to the Messiah, she proclaimed, “Behold, the bondslave of the Lord; be it done to me according to your word” (Luke 1:38).

To yield herself so completely to God’s will, knowing that it could result in her husband divorcing her and her community rejecting her or even stoning her to death, took a lot of faith on Mary’s part, and we should honor her for her incredible faith.

Apostasy in the Church   Church and Ecclesiology   Interpretation of Scriptures

The Miracle of the Incarnation

We Are All Barabbas