Major Political and Theological Myths About Israel (Part 4 of 6)

3. The third myth for us to consider is a tragic one because it has resulted in a terrible abuse of the Palestinian people by their own leaders. It is the myth that Israel has kept the Palestinian refugees of the 1948-49 War of Independence in miserable refugee camps for over 70 years by refusing to allow them to return. 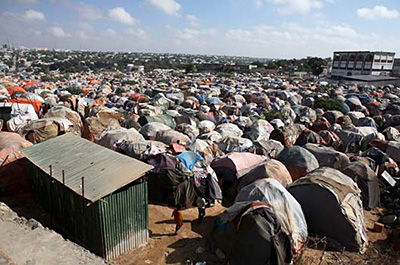 It is true that there was a massive eviction of Arabs from Palestine during Israel’s War of Independence in 1948 and 49 — but they were not forced out by Israel.

They fled at the request of the five Arab armies that invaded Israel after its Declaration of Independence. They were told by the Arab leaders to flee to safety while the attacking nations “made the Mediterranean Sea run red with the blood of the Jews.”

Approximately 650,000 fled the land. After the war ended, the Arab nations refused to absorb these people. Instead, they herded them into refugee camps along their borders with Israel and started using their plight to rally public opinion against Israel.

In contrast, following the War of Independence, all the Jews in the Arab states — a total of over 800,000 — were forcibly expelled and their properties were confiscated. The tiny state of Israel absorbed 550,000 of these refugees. The rest were absorbed by Western nations, primarily the United States.

Hopefully, this will force the Arab nations to absorb these people and stop using them as political pawns.

4. The fourth major myth I would like to consider is the claim that the Palestinians are the true indigenous people of the land — like the American Indians — and that the Jews are colonialist invaders from Europe.

This is one of the fundamental contentions of the BDS Movement — the Boycott, Divestment and Sanctions Movement — that so many American corporations and churches have bought into.

For a long time the Palestinians argued they were descendants of the Philistines. But when it was brought to their attention that the Philistines originated in the Greek Aegean Islands and came to Israel in about 1,300 BC when the Greeks expelled them, the “indigenous people” argument was changed, and the Palestinians started claiming to be descendants of the Canaanites! 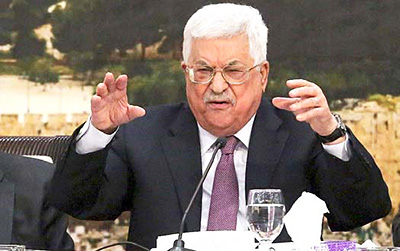 Mahmoud Abbas, the current Palestinian leader, has heavily emphasized this nonsense in recent years. You might keep in mind that he also makes some other absurd claims, such as:

1) Jesus was a Palestinian.

2) The people Moses led out of Egypt were Muslims.

3) There was never a Jewish Temple in Jerusalem.

Additionally, he is also a Holocaust denier. In his doctrinal dissertation, he argued that the Holocaust is fiction, created to generate sympathy for the Jews. So this man lives in a world of lies.

The idea that the Jews in Israel today are colonial occupiers is completely absurd. There has been an uninterrupted Jewish presence in the Holy Land for 4,000 years. Even during the dispersion of the Jews after 70 AD, there continued to be Jewish people living in Jerusalem and in the Galilee.

And the Jews who have returned to their homeland have not just returned from Europe. They have come from over 100 countries scattered all over the world. There is just no way they can be considered a European “colonial force.”

Nor can the Palestinians be considered descendants of the Canaanites. There is simply no genealogical or genetic evidence that connects the Arabs to the extinct Canaanites.

In reality, the Palestinians in the Middle East are Arabs who migrated to the area from places like Saudi Arabia, Yemen and Egypt. Yasser Arafat, for example, was born and raised in Egypt. And notice this revealing quote of his:

“The Palestinian people have no identity. I, Yasser Arafat, man of destiny, will give them that identity through conflict with Israel.”

In 2012, the Hamas Minister of the Interior and of Security, Fathi Hammad, stated that “half the Palestinians are Egyptians and the other half are Saudis.”

In the fifth part of this series on the myths regarding Israel, we will look at the myth which claims Jerusalem is the historic capital of the Palestinian people.