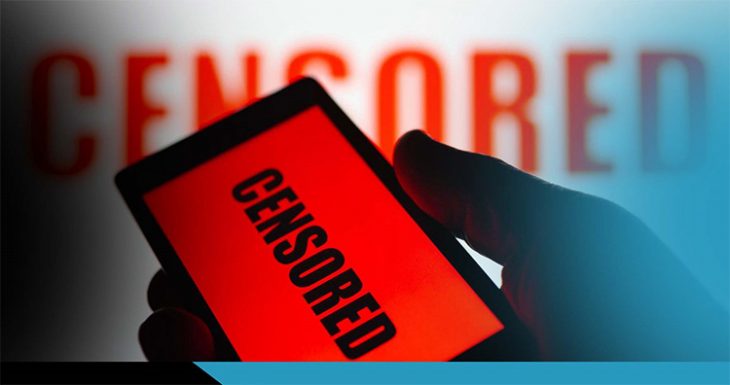 Christianity in America is under attack! All across this nation, attempts are being made to silence Christians. Liberals, Socialists and so-called “Progressives” like to preach tolerance, but they refuse to practice it toward those who disagree with them. Let me share a few examples with you.

1. A prison in Arkansas recently refused to allow one of its inmates to receive the July-August edition of our Lamplighter magazine because the prison authorities labeled it as “material that incites, encourages, advocates or promotes racism or other illegal discrimination.” The only article in the magazine that could have provoked this arbitrary and highly subjective decision was one written by a professional Christian journalist in London, England — a lady named Pat Franklin. The article was about the gender madness that has swept this country, as well as Europe. In the article, she simply asserted that there are only two genders — male and female — and she proceeded to quote the Scriptures to prove her point.

I wrote a letter to the warden and pointed out that the article just quoted what the Bible has to say on the subject. I then asked if he was willing to ban the Bible? I never got a response. But about a month later the inmate wrote and told us that the magazine had been released to him.

2. Michael Brown is one of the best known Messianic Jews in America and is an outstanding prophetic voice calling this nation to repentance. He recently reported that several of his videos were canceled from the Vimeo Internet channel because they had a “meanspirited vibe,” whatever that gobbledegook means. In 2017, this same channel removed many videos that had been posted by a former homosexual who heads up a ministry to homosexuals, calling them to repentance.

3. Billy Crone is a pastor and Bible prophecy teacher in Las Vegas, Nevada. He has many powerful videos posted on the Internet. Recently, PayPal suspended his account and froze the funds in the account. When he called to find out why, he was told he would have to hire an attorney and serve them with a subpoena to get an answer!

4. The American Family Association has been targeted by the Ways and Means Committee in the Federal House of Representatives to have its tax exempt status suspended because some of the Democrats on the committee consider it to be a “hate organization.” And what is the nature of its hate? It amounts to simply taking a biblical stand against homosexuality and endorsing the biblical definition of marriage.

These are only four of hundreds of similar attacks that are taking place daily. The bottom line is that the Liberals, Progressives, Socialists and leaders of the Democrat Party are determined to stamp out all Christian opposition to their perverted values.

It’s only going to get worse. Once the Left regains control of the federal government — which they eventually will do — we can expect efforts to revoke the tax exempt status of churches and ministries. And we can be certain that hate speech legislation will be expanded to outlaw all opposition to abortion and sexual perversion, among other things.

Regardless, you can be assured that this ministry will continue to speak out in behalf of righteousness. That may mean going to prison, but then Paul wrote some of his best epistles from prison!

I am reminded of a statement that Don Wildmon, the founder of the AFA, made to me years ago: “We may not win, but God has not called us to win. He has called us to stand. We will not win until Jesus returns.”