Christianity Under Attack in the Middle East and Africa 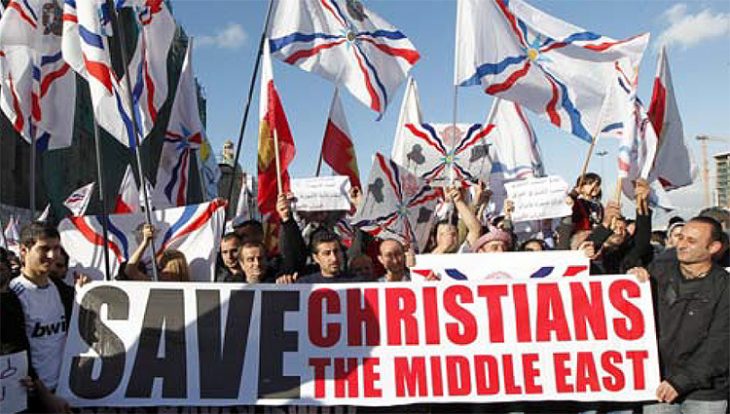 The Catholic organization, Aid to the Church in Need (ACN), has issued a warning that the persecution and dislocation of Christians throughout the Middle East and North Africa has become so severe that it can be considered genocidal ethnic cleansing.

Both reports attribute the persecution in the Middle East and Africa to militant Islamists. But both reports also emphasize that Christian persecution is worldwide, including for example, Hindu radicals in India, Buddhist extremists in Myanmar and Sri Lanka, and the totalitarian governments of China and North Korea.

The ACN report reveals that the exodus of Christians from Syria, Iraq and elsewhere in the Middle East “highlights the real possibility that Christianity could soon all but disappear from much of its ancient homeland.” Take Iraq, for example. There were 1.3 million Christians there in 2003; today there are only about 120,000. And in war-torn Syria, the Christian population has declined from 1.7 million to 450,000.

On the positive side, the worldwide persecution of Christianity underlines its validity, for Satan has no interest in orchestrating the persecution of false religions. Christian persecution is also a fulfillment of end time prophecy. But, of course, this does not alleviate the suffering of those who are under attack.

So, let’s commit to pray for our persecuted brothers and sisters. And if you want to do something in addition to praying, you can contribute to the Lamb & Lion fund for Nigeria. Through that fund we are supplying food, clothing, housing and job training for 250 Christian refugees in Nigeria who are victims of the Muslim terrorist group, Boko Haram. Just designate your donation by choosing the option “Missions – Standfast Oyinna in Nigeria.” Thanks!