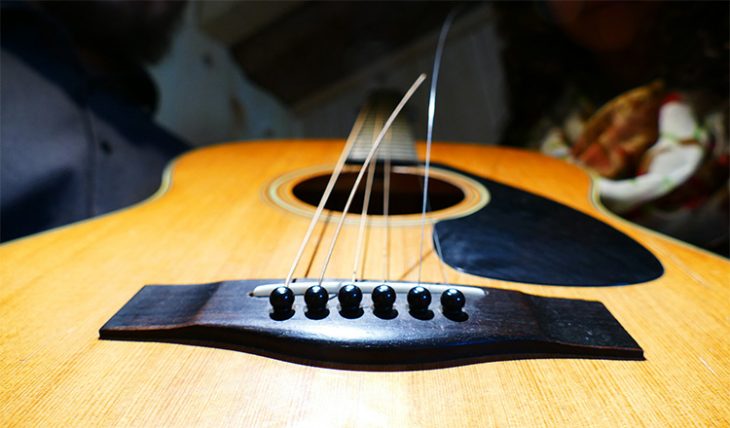 A Sense of Foreboding

In some circles there is substantial debate regarding the ability of animals to sense coming disasters such as earthquakes, tsunamis, and storms. Though some have seen what they call clear evidence of this, it is not easy to prove because it is very difficult to conduct controlled tests that combine natural disasters and atypical behavior in livestock, wildlife, or pets prior to a special event.

Humans, however, are at times definitely able to sense impending anomalies. It may be that anxiety sometimes allows for a heightened sense of perception as is the case when a person enters a dangerous situation. It could also be the result of experience. Some call it premonition, others call it instinct, and still others describe it as the voice that speaks without using words.

What is interesting, though, is that it happens. And, it is not only happening world-wide right now, but the tension surrounding it is without doubt deepening. It seems to be like an increasing tautness in a guitar string that is being tightened beyond its limits.

A few days ago a man said to my wife and me during a discussion of the Wuhan Virus situation that the people with whom he works are becoming more tense and irritable these days. They want answers for the fear and anxiety they have, and at times they cannot even put it all into words.

He has told them what is going on from the spiritual perspective, but nobody wants to hear that. In fact, they become angry and impulsive when they hear what God has said about the way life would be in the season of Jesus’ return for His church. So now he simply remains silent.

Being silent in such a situation seems to be what Jesus meant about shaking the dust off your shoes and not casting your pearls before hogs.

Eight years ago the matter of people sensing some kind of foreboding event that seems to be imminent was addressed in the closing words of the CSM Newsletter of April 2012 regarding the 100 year anniversary of the sinking of Titanic. In the years since then, people’s general uneasiness regarding the approach of such a calamitous event has not diminished. In fact, it has increased substantially.

There have been plateaus where the voice with no words has been suppressed by pleasant events, yet anxiety has been ever-present. It seems that in the dark and quiet of the night even some Christians feel the heavy presence of a dark pall being drawn over their souls. They often become fearful and anxious and are thus robbed of peace and restful sleep.

This is unfortunate because this should not be the case for Christians. We not only have the promise that the One who is in us is greater than the one who is in the world (1 John 4:4), but Christians also have both peace with God (Romans 5:1) and the peace of God (Phil 4:7). The difference between the two is vast and a subject for another time.

The issue addressed today is the fact that people seem to know something is imminent, and they seem to know that whatever it is, it is not good. And, this is causing them to become increasingly nervous and often bad-tempered.

Don McGee: People seem to know something is imminent, and they seem to know that whatever it is, it is not good. And, this is causing them to become increasingly nervous and often bad-tempered. Click To Tweet

It’s more than simply the Wuhan virus pandemic, ISIS, the growing economic power China has over the U.S., the resurgence of militant Russia, political and social hatred, the U.S. government’s increasing suppression of the Constitution, and the list could go on. These things are having a cumulative effect upon people that is troubling.

I haven’t done the work needed to measure such an anxiety curve, and I don’t sense that such a curve is necessarily exponential. But, this I do know, what we are seeing is much more than a herd of cattle bunching up prior to a thunderstorm!

What God Is Showing

God is using this situation to show the world — including the U.S. — that He does have a point at which He will remove His hand from human affairs. To be blunt, God is showing us clearly that He is not beyond allowing our beloved country to be touched where it hurts.

Don McGee: #God is using this situation to show the world that He does have a point at which He will remove His hand from human affairs. He is not beyond allowing our beloved country to be touched where it hurts. Click To Tweet

The oligarchal leadership that ramped up in the days of FDR’s administration was rooted in materialism, political power, and control over people and their lives, estrangement from God, and hyper-pride in self. Our country has since delighted in this self-destructive dance away from God; it could be that now, however, the piper must be paid.

What the majority in our country cannot bring themselves to understand is that it is actually these things — including, of course, the Chinese Virus — that has gotten us into this most unstable and unsustainable situation. And, because we choose to not accept this truth, there is, therefore, no massive public outcry for a change in the moral direction of our leadership and of our people.

When the Cold War allegedly ended in the early 1990s, some people thought that finally, our country would be in a position of relative security. Well, that kind of thinking didn’t last long. It was was shot-through with rising Islamicism, its attack on 9-11, and the soaring national debt fueled by the drive toward socialism. Further, no nation that is so totally immersed in the cesspool of depravity — as is ours — is actually secure from any threat; especially threats that exploit a nation’s godless collective choices.

People fear something is coming but they don’t know what. That should not surprise anyone because a society that does not really believe in God naturally does not believe God; thus there is no remorse for its sins. Basically, it does not identify what is happening as His call to repentance.

Don McGee: A society that does not really believe in #God naturally does not believe God; thus there is no remorse for its sins. Click To Tweet

The general sense of people’s fear of the unknown has never really gone away. It has always been alive and well like a dormant pathogen lurking under the thin façade of narcissism, materialism and hedonism.

Nationally, we refuse to repent for our judicially-enforced, sewer-level moral depravity. We choose, rather, to not only further estrange ourselves from God but to contemptuously throw our horrendous sins in His face.

Our arrogance has caused us to laugh in the face of God even as He issues graphic warnings regarding the consequences of our sin. The following is the warning God sent to Judah and Jerusalem through the prophet Isaiah 2,700 years ago.

These words from Isaiah 2:11-22 were for the immediate application to God’s own people. It is, however, very clear that the judgment principle contained therein applies to the entire world, including our beloved country. Note carefully some of the terms used.

So judgment came to God’s beloved people for their sin just as the prophet foretold.

Hiding from something by going into holes, caves, crevices…? Does this remind you of anything?

Perhaps the impending doom that is being sensed by so many people today is similar to that which the citizens of Judah might have felt just before everything came apart all those centuries ago. Superficial things are somewhat different now, but as was said above, even today we have our own kind of caves and holes into which we have retreated.

Yes, people with any degree of discernment, even some of those who know nothing about God and what He has said, seem to believe that something is about to happen; just as animals sometimes know.

To most people the “something” is unknown. But, Christians know exactly where this is going. This is about the imminent removal of the Church at what is commonly referred to as the Rapture. The day cannot be known, but the season seems to be obvious.

Don McGee: #Christians know exactly where this is going. This is about the imminent removal of the #Church at what is commonly referred to as the #Rapture. #Coronavirus Click To Tweet

Christians also know that our population’s current uneasiness points to the fact that we may see very troubling times even prior to the removal of the Church. Troubling times that might be far worse than the Wuhan Virus pandemic.

All unbelievers, from elitist social-climbers to uncouth brutes, laugh and mock at such a thought as they presently hunker down in their holes and caves. It is true that some holes and caves are rustic while others are equipped with $24,000 refrigerators filled with expensive ice cream, but in their sin and rejection of the truth the people therein are all the same.

If a catastrophic event happens, basic commodities will suddenly become much more valuable than money and expensive toys. Been seeing anything lately about restrictions on food purchases? Tried to order food from survival food companies? Heard anything about meat processing plants reducing output? I wonder — has Spam ever been hoarded?

Living in a mansion that quickly becomes hot, humid, and dirty with the only freshwater being that in a toilet tank will shake an elitist to the core. Further, armed thugs who come knocking will do what they want with their victims and with their victim’s possessions.

Since many such potential victims are too refined and socially correct to have a weapon they know how to use, I suppose they will simply have to fall on their faces begging for mercy, which will not be forthcoming. Or, perhaps they will show the thugs their credentials and official pedigrees. I’m sure that will protect them.

We know that the Church will not go through any aspect of the Tribulation, but we don’t know if we will experience tribulation in our country prior to the Rapture. Christians in other countries are certainly experiencing it.

But, there is one thing that is for certain: there will be horrific tribulation in this country post-Rapture.

I wonder what people might do with something like a 9.0 earthquake that is concurrent with the sudden and unexplained disappearance of multitudes. No electricity, no highways, no airports, no fuel pipelines, no police and fire protection, no weapons, no hired help that has weapons, no civil authority, no water.

This will not be a pleasant time for those left behind. Comparatively speaking, the Wuhan Virus situation is a walk in the park. People will see a depth of horror that is unprecedented in the history of humanity with multitudes not only suffering and dying terrible deaths but losing their souls in the process.

Why must it happen this way? Because when humanity dismisses God, He does its bidding. That is, He takes His people and leaves.

I didn’t know this pastor personally, but Adrian Rogers once said to the effect, “Rejoice, Church, the world is rapidly becoming gloriously dark!”