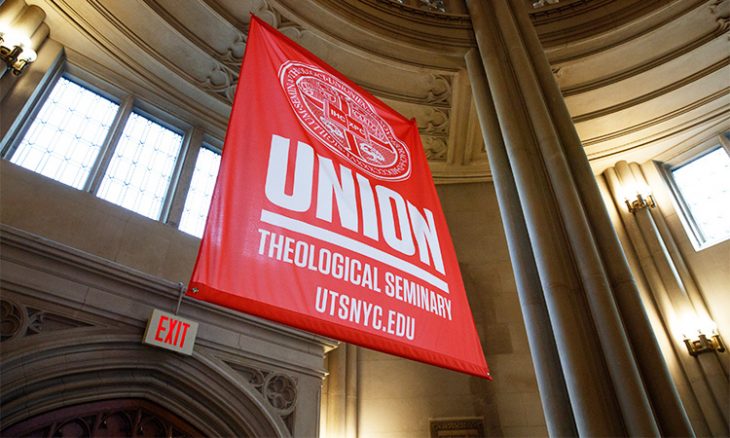 Union Theological Seminary in New York City has long been considered to be the citadel of Christian apostasy. It was founded in 1836 by the Presbyterian Church, but it separated from the church in 1893 and has remained independent ever since. To this day, it takes pride in being considered the leading advocate of what is called “progressive” Christian scholarship.

The school recently garnered considerable publicity when in September of 2019, its students were directed to participate in a chapel service where, one at a time, they sat in front of a group of plants and confessed to the plants their sins against the environment.1 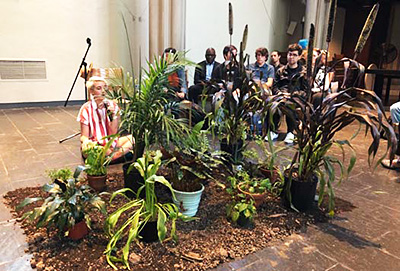 Union Theological students are shown above confessing their sins against nature to a grouping of plants.
(www.christianpost.com)

A pastor in Tennessee tweeted: “This is utter nonsense. Absolute bankruptcy in every way. Your seminary is a cemetery!” Albert Mohler, Jr., President of the Southern Baptist Theological Seminary in Louisville, Kentucky, denounced the chapel event as coming from “a modern secular worldview.” He added, “If you do not worship the Creator, you will inevitably worship the creation, in one way or another. That is the primal form of idolatry.”

Mohler was right on target with his observation, for the Apostle Paul in Romans chapter one specifically condemned the worship of the creation. He pointed out that the wrath of God will be poured out on those who worship the creation rather than the Creator (Romans 1:24-25).

The worship of creation is only one aspect of the gross apostasy that is being taught at Union Seminary. This was made clear in an interview of the seminary’s president that appeared in The New York Times in April of 2019.2

The current president of the seminary is Dr. Serene Jones. She became the first female president of the school in July of 2008. She is a graduate of the Yale Divinity School, where she earned both a master’s degree and a doctorate in theology. She taught at Yale for 17 years before taking over the leadership of Union Seminary. She is an ordained minister of both the Disciples of Christ and the United Church of Christ — two of the most liberal denominations in America. 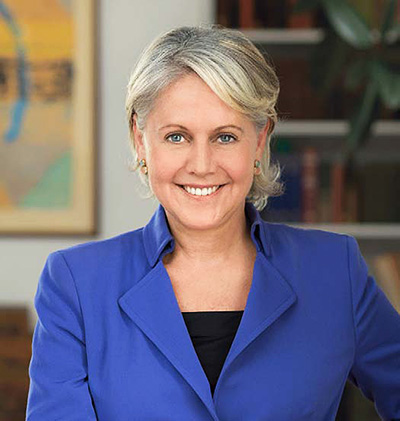 In her interview with The New York Times, Dr. Jones mouthed one incredible apostasy after another. Here are some examples (together with my responses):

1) God — “God is beyond our knowing, not a being or an essence or an object. But I don’t worship an all-powerful, all-controlling omnipotent, omniscient being. That is a fabrication of Roman juridical theory and Greek mythology.”

The truth is that God has revealed Himself in His creation, in His Word and through His Son, Jesus (John 14:6-10). Her denial of God as a being is a belief of Eastern religions like Hinduism.

2) The Crucifixion — “Crucifixion is not something that God is orchestrating from upstairs. The pervasive idea of an abusive God-father who sends his own kid to the cross so God could forgive people is nuts.”

This blasphemous statement directly contradicts scriptures like Isaiah 53:1-8 and 1 Peter 3:18.

3) Easter — “For me, the message of Easter is that love is stronger than life or death. That’s a much more awesome claim than that they put Jesus in the tomb and three days later he wasn’t there. For Christians for whom the physical resurrection becomes a sort of obsession, that seems to me to be a pretty wobbly faith. What if tomorrow someone found the body of Jesus still in the tomb? Would that then mean that Christianity was a lie? No, faith is stronger than that.”

Sorry, Dr. Jones, but if Jesus’ body were found tomorrow it would destroy Christianity because the resurrection of Jesus is the cornerstone of the Christian faith. That’s exactly why the Apostles proclaimed the resurrection over and over in all their sermons, Read the very first Gospel sermon ever preached (Acts 14-39). Or consider this statement: “And with great power the apostles were giving testimony to the resurrection of the Lord Jesus, and abundant grace was upon them all” (Acts 4:33).

4) The Virgin Birth — “I find the virgin birth a bizarre claim. It has nothing to do with Jesus’ message. The virgin birth only becomes important if you have a theology in which sexuality is considered sinful. It also promotes this notion that the pure, untouched female body is the best body, and that idea has led to centuries of oppressing women.”

5) Prayer — “I don’t believe in a God who, because of prayer, would decide to cure your mother’s cancer but not cure the mother of your non-praying neighbor. We can’t manipulate God like that.”

Since when is authentic prayer an exercise in manipulation? We have a personal God who desires to fellowship with us in prayer and therefore we are urged to “pray without ceasing” (1 Thessalonians 5:17). Consider also one of the most comforting scriptures to be found in the New Testament: “Therefore humble yourselves under the mighty hand of God, that He may exalt you at the proper time, casting all your anxiety on Him, because He cares for you” (1 Peter 5:6-7).

6) Death — You had better put on your seatbelt before you read what Dr. Jones said in response to the question, “What happens when we die?” It’s hard to believe, but here’s what she said: “I don’t know! There may be something, there may be nothing. My faith is not tied to some divine promise about the afterlife. People who behave well in this life only to achieve an afterlife, that’s a faith driven by a selfish motive: ‘I’m going to be good so God will reward me with a stick of candy called heaven.'”

Mindboggling! I thought that was what Christianity was all about — providing hope for life after death. Her answer to the question is one that any Atheist would be happy with.

7) Hell — “I’m absolutely certain that when we die, there is not a group of designated bad people sent to burn in hell. That does not exist. But hell has a symbolic reality: When we reject love, we create hell, and hell is what we see around us in this world today in so many forms.”

In view of her former answers, it is certainly no surprise that she totally rejects the concept of Hell. Jesus often spoke about Hell, as when He made this observation: “Do not fear those who kill the body but are unable to kill the soul; but rather fear Him who is able to destroy both soul and body in hell” (Matthew 10:28).

Unfortunately, Union Theological Seminary is not the only one teaching this kind of theological garbage. Most of the seminaries in America today teach that the Bible is not the Word of God. Rather, they tell their students it is Man’s search for God, and it is therefore full of myths, legends and superstitions. It is no wonder the Church has one foot in the grave today.

All this reminds me of W. A. Criswell (1909-2002) who served as the pastor of First Baptist Church in Dallas for 50 years. He once remarked that people like Dr. Jones have what he called, “a leopard theology.” When he was asked to explain what he meant, he replied, “They think the Bible is inspired only in spots, and they know which spots.”

We have a famine of the Word in America today (Amos 8:11). Polls show that only 9% of Americans have a biblical worldview, and only 17% of professing Christians have one. The Church is obviously failing in its responsibility to proclaim the Gospel and make disciples of those who respond.