Acts of Nature Or Nuclear Weapons? 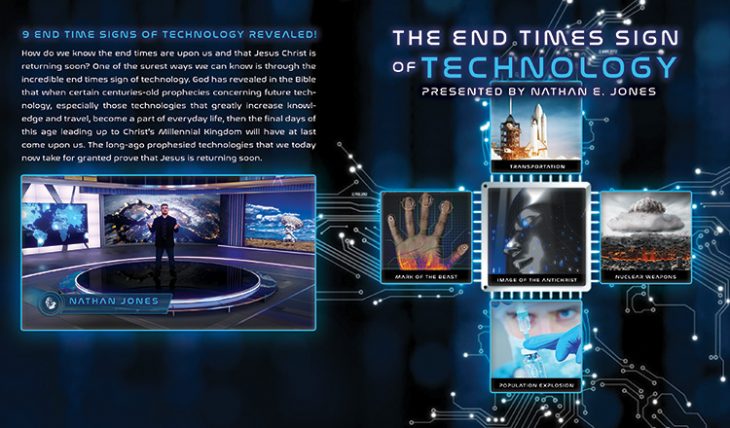 How do we know the end times are upon us and that Jesus Christ is returning soon? One of the surest ways we can know is through the end times signs of nature. But, are there prophecies which at first sound like natural disasters, yet are in truth man-made cataclysms? Could these so-called natural disasters actually fall into the category of Signs of Technology rather than Signs of Nature?

One of the many cataclysms interpreted as an act of nature that should be assigned to technology involves the inevitable release of the world’s nuclear arsenal. Both the Old and New Testaments describe the destruction of much of the world by a series of cataclysms that sound more nuclear than natural.

For example, in both Isaiah 17:1-14 and Jeremiah 49:23-27, it is prophesied that Damascus will be totally destroyed in the end times. Isaiah puts it this way: “At evening time, behold, there is terror! Before morning, they [Damascus] are no more. Such will be the portion of those who plunder us [Israel]…” (Isaiah 17:14). Thus, one of our planet’s oldest cities will be suddenly destroyed in just one night. How do you destroy an entire city in just one night? Israel will have to use a nuclear bomb.

In the Gospel of Luke, Jesus is quoted as saying that in the end times, men will be “fainting from fear” over “the expectation of the things which are coming upon the world; for the powers of the heavens will be shaken.” In other words, the horrors of the Tribulation will cause heart attacks. And the particular horror portrayed — the shaking of the powers of heaven — sounds like the splitting of the atom.

In the sixth chapter of the book of Revelation, the Apostle John was given this vision: “The sky was split apart like a scroll when it is rolled up, and every mountain and island were moved out of their places” (Revelation 6:14).The passage goes on to say that people will hide themselves “in the caves and among the rocks of the mountains” (verse 15).

This Sixth Seal Judgment uncannily describes what a nuclear blast looks like, and how people will hide in caves to escape all the destruction and radiation these bombs will rain down upon them.

John’s description of the Trumpet Judgments sounds like the Seal Judgments morph from a traditional war into an all-out nuclear one: “The first [angel] sounded, and there came hail and fire, mixed with blood, and they were thrown to the earth; and a third of the earth was burned up, and a third of the trees were burned up, and all the green grass was burned up” (Revelation 8:7).

As you can see from these examples, many of God’s judgments during the Tribulation sound like a First Century man’s attempt to describe a nuclear holocaust. Many people believe that the two atomic bombs dropped on Hiroshima and Nagasaki during World War II have been the only atomic weapons ever exploded. It is true that they are the only ones ever used in war to this date. But in the last 70-plus years, over 2,500 nuclear warheads have been detonated in testing. Nine countries have stockpiled an estimated 15,000 nuclear weapons, with 1,800 always standing at alert and prepped for immediate launch.

The fact that the world hasn’t already annihilated itself in a nuclear holocaust proves that God’s restraining hand is holding mankind’s worst destructive proclivities at bay. But, that time will end when, at the Rapture of the Church, God’s restraining influence will be lifted. The result will be that during the first three years after the Tribulation begins, half of the world’s population will perish.

A nuclear holocaust is indeed about to be unleashed upon this world, and one day soon. Meanwhile, the world sleeps blissfully, unaware of the constant threat of nuclear self-annihilation.

The end times signs of nature and technology are merely two of the many categories of signs that point to the fact that Jesus Christ is returning soon. Knowing this wonderful return of the King is imminent, how then should we apply this truth to our own lives?

First, be comforted knowing that God’s got it all under control — that He has a majestic plan in place, and that God’s children play a vital role in that plan. Life, therefore, isn’t meaningless, but purposeful. Christians are called to serve God in these dark times, so serve Him with all your unique talents, gifts, time, money and experience.

For those of you who haven’t yet accepted Jesus Christ as your Savior, but now recognize that we are living in the end times, that realization should act like an alarm clock buzzing you to wake up to the fact that the world doesn’t have much time left. The convergence of all the end time signs clearly indicates that we are all living on borrowed time.

Therefore, embrace the fact that God loved the world so much that He gave His one and only Son, and that whosoever believes in Him should not perish, but have eternal life (John 3:16). Don’t spend another moment without having accepted Jesus Christ as your personal Savior! 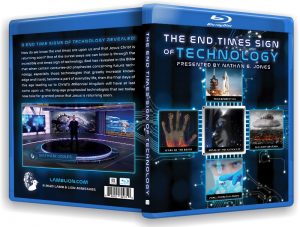