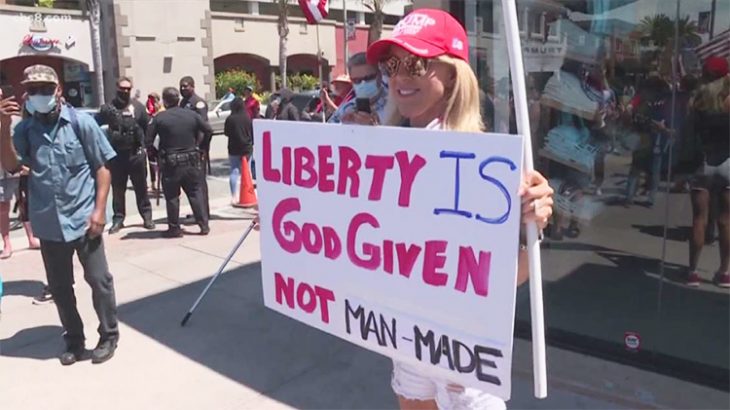 As American Christians celebrated Easter in 2020, they were coping with unprecedented levels of government intrusion into typical worship practices. Most churches in America complied with generalized public health decrees to minimize group gatherings. So, instead of full houses of worship on the most important day on the Christian calendar, they settled for taped services streamed via the internet.

A very few pastors refused to cancel their live worship services. Opening their doors to any who felt led to attend, they claimed that their allegiance to God outweighed their fealty to Caesar. Other churches decided to host “drive-in” worship services where the faithful could gather corporately, while honoring social distancing guidelines from the comfort of their cars.

Even that option was deemed too risky by some elected leaders. In Kentucky, the mayor of Louisville banned drive-in worship — only to have his decree ruled unconstitutional by a federal judge. Kentucky’s Governor, Andy Beshear, who mandated the closure of all churches but declared Kentucky’s abortion clinic and liquor stores to be “essential” services, sent state police to record the license plate of every vehicle that attended unauthorized church services. And in Mendocino County, California, overzealous local officials prohibited churches from singing and playing wind instruments in their online services. Talk about tyrannical overreach! 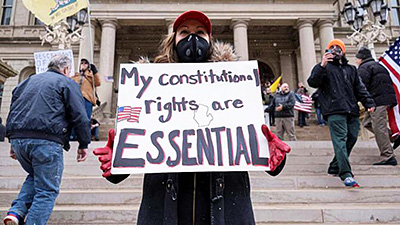 Protester on the steps of the Michigan Capitol building in Lansing, Michigan, on April 15, 2020. (www.nationalreview.com)

Much debate has ensued over the right balance for Christians to strike in the midst of a public health crisis. A real desire to “love others as ourselves” by taking reasonable measures to safeguard public health seems necessary and prudent.

But as the crisis continues, voices have sounded a legitimate alarm over the long-term consequences of an economic catastrophe — something that will impact mental, social and physical health. One Tennessee county official lamented eight recent suicides, arguing that social isolation was having a much greater impact on his community than the coronavirus.

Even as I write, national, state and local officials are weighing the risks of continued shutdown against the virus itself. Inevitably, some states and regions will emerge from the crisis more quickly than others. Sadly, precedents are being set as some officials exhibit autocratic tendencies and undermine the Constitutional primacy of religious freedom.

Among the important lessons to be gleaned from this experience is an awareness of the corrosiveness of power wielded without restraint. The sinful nature of mankind means that absolute power really does tend to corrupt absolutely. That is why our Founders created a system of checks and balances — ensuring that power was never consolidated in one branch or one office. As John Adams wrote: “Power always thinks it has a great soul and vast view beyond the comprehension of the weak; and that it is doing God’s service, when it is violating His laws.”

John Adams: Power always thinks it has a great soul and vast view beyond the comprehension of the weak; and that it is doing God's service, when it is violating His laws. Click To Tweet

So, although we are commanded to pray for those in authority, we should never place all our trust or faith in them. Times like this demonstrate the importance of placing our hope in the One who is omniscient and omnipotent.

Lessons from the Passion of Christ

The Bible consistently describes kings and rulers as imperfect. Even David — Israel’s greatest king — was flawed and prone to error. Every king’s rule was deemed righteous or evil based on their consistent adherence to God’s Word. When a king strayed, the nation suffered the consequences.

That truism is not limited to the Old Testament. It is an axiom that has been proven time and again around the world. In the New Testament, various authorities involved in Jesus’ crucifixion offer indelible examples of power wielded irresponsibly.

1. The first group of officials Jesus encountered consisted of the chief priest and members of the Sanhedrin (Luke 22:66-71). Their collective animosity toward Him was already apparent. Because they could not discern the truth of His claims and because He threatened the status quo of their authority, the Bible says that they looked for an opportunity to condemn Him before the people (John 11:47-53). In the end, they bribed Judas to deliver Jesus over to them. Then, they violated their own judicial process to rush a pronouncement of guilt.

2. The second individual who stands out in Jesus’ conviction is Pontius Pilate (Luke 23:1-7). He was appointed by Caesar to represent Rome in Judea. As such, his responsibility was to impose Pax Romana (Roman Peace) on a resistant population — quelling uprisings, ensuring the collection of taxes and maintaining the status quo. Scripture makes it clear that Pilate had grown cynical. He scoffingly dismissed the very concept of truth (John 18:33-38). Pilate was more interested in balancing the expectations of Caesar, the demands of the Jewish religious leaders, his own wife’s clear misgivings and his sense that Jesus was undeserving of death. But in the end, Pilate did not have the moral fortitude to do what was just and right. Instead, he sought to appease the loudest voices and absolve himself of responsibility (Matthew 27:17-24, Mark 15:9-15).

3. The next individual who stands out in the narrative is Herod Antipas — the same Herod who had John the Baptist beheaded. This was not Herod the Great — the great builder who ruled with an iron fist. This son of the former Herod was a sycophant who ruled the region of Galilee. Instead of taking seriously his role in reigning and administering justice, he had a reputation as a hedonistic pleasure-seeker. He was mainly interested in Jesus as a curiosity and a worker of miracles. It is telling that Jesus never responded to Herod’s inquiries and pleas to see a miracle (Luke 23:8-11). Although Herod saw no reason to condemn Jesus, he joined his soldiers in mocking Jesus.

4. The next group of individuals who played a part in the passion of Jesus Christ was composed of the various guards and soldiers who were “just following orders.” Both the Jewish temple guards and the Roman soldiers treated Jesus with great contempt, mindlessly following the edicts of the men appointed over them (Matthew 27:27-31, John 18:12-13). In both cases, they demonstrated a sadistic callousness that offends our senses to this day. But, mankind has produced millions just like them throughout history. The Nazis in Germany, the Soviets in Russia, and the hate-filled racists in our own nation’s past could not have perpetrated their evils without huge cadres of men wielding power in an ungodly manner. Every dictator to this day has a throng of unquestioning secret policemen to fulfill their authoritarian decrees.

5. The final group we must observe from Jesus’ experience is the mass of sheep-like people who tolerated injustice. They represent an authority in themselves because the religious leaders and Pilate alike were wary of their collective will — or at least the threat that they might start an insurrection (Luke 22:2, Matthew 27:24). Many of those common people were part of the fickle crowd that had hailed Jesus as the “Son of David” less than a week before — a clear recognition of His Messianic title. But by the morning of His crucifixion, they had either been swayed against Him, caught up in the mob, or cowed into silence. After an initial burst of resistance in the Garden of Gethsemane, even Jesus’ own disciples were frightened into despair. 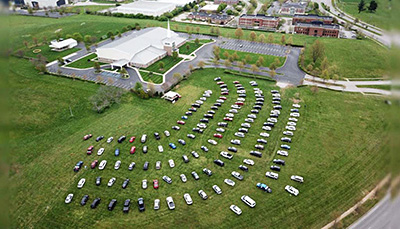 Pictured above is the drive-in Easter worship service of the Ashland Avenue Baptist Church in Lexington, Kentucky. Meetings like this were condemned by governors and mayors across our nation as being a threat to public health. (https://christianindex.org)

The Gospel Shines Through

Recognizing the behavior of sinful men does not take away from the orchestrated plan of God that led to Jesus’ death. As He said, no one took His life from Him. He laid it down and took it up again — both of His own authority (John 10:17-18). Even Pilate was only able to exercise authority over Him because he had been given that authority from above (John 19:10-11).

The good news is that God did send His Son — offering Him as a perfect sacrifice for the sin of the world. The shortcomings of man did not lessen the magnitude of God’s great love for mankind which was manifested at the Cross. Nor did it restrain the power of God which was demonstrated by the empty tomb.

In the second part of this series on religious liberty, we will make some comparisons between the various authorities in Jesus’ time to our authorities in government today.