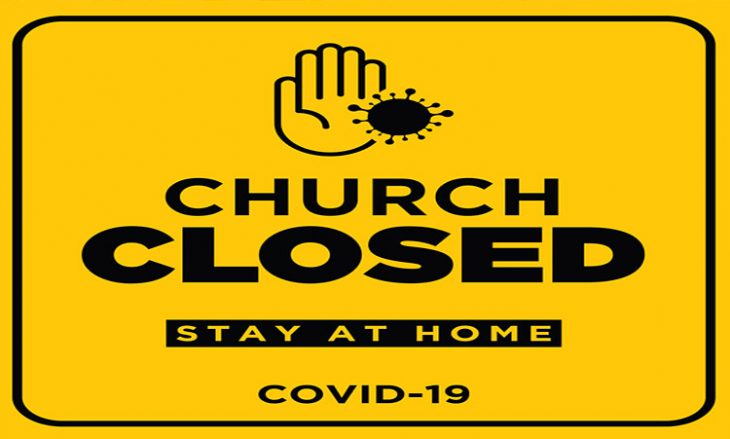 “Our constitutional liberties are at stake, and the precedents set during this health crisis will have far-reaching implications in the decades to come.” — Dr. Albert Mohler, Jr., President of Southern Theological Seminary

There is nothing that liberal “progressives” love more than a crisis. That’s because it always gives them an opportunity to trample individual liberties by extending the power of government.

And although they may lighten up on some of the more draconian measures after the crisis is over, things never return to where they were before. Thus, throughout the 20th Century, in response to World Wars I and II and the Great Depression, there has been a steady increase in the power of the federal government and the presidency, while the rights guaranteed under the Constitution to States and individuals have constantly eroded.

Liberals believe that Mankind’s greatest hope is government, not God. And guess what? They think they have the wisdom to tell those of us who are less enlightened how we should live. Their goal, therefore, is a welfare state where everyone is dependent on government for their sustenance, thus rendering them lackeys of the state.

It reminds me of when John F. Kennedy was elected in 1960. At the time, I was living in Boston where I was attending a Harvard graduate school. Kennedy started robbing us of our professors by appointing them to key positions in his new administration. This prompted the renowned conservative spokesman, William F. Buckley, Jr., to observe: “I would rather be governed by ten people selected at random from the New York City phone book than by a dozen professors from Harvard.”

George Orwell was equally contemptuous of liberal intellectuals. He wrote: “There are some ideas so absurd that only an intellectual could believe them.”

George Orwell: There are some ideas so absurd that only an intellectual could believe them. Click To Tweet

Liberals infatuated with power just can’t resist the temptation to tell the “deplorables” how to live their lives — and to force them to comply if they are not willing to do so voluntarily. Since we are not smart enough to appreciate their greater wisdom, we must be forced to obey.

Take, for example, those of us who are stubborn enough and who are thoroughly unenlightened enough to demand holding a worship service during a pandemic — even if it is in cars scattered across several acres. We must, of course, be arrested, thrown in jail and fined. Some drive-ins, like Sonic, can be open, but drive-in churches must be closed.

Liberals are not the only ones to blame for the erosion of liberty in our nation. We, the people, also share the blame. We are too anxious to run to government for a handout, even if it means the surrender of freedoms. Also, we are often just too lethargic or too busy to stand up for our God-given rights.

I’m reminded of when the Supreme Court ruled in 1980 that displaying the Ten Commandments on the walls of school classrooms was unconstitutional. We quietly and dutifully removed them. In contrast, when the Communist government of Poland demanded that all crucifixes be removed from the classrooms of that nation, the Polish people went to the streets and declared, “Over our dead bodies!” The Polish government backed off.

It Could Be Worse

I shudder to think what would be going on right now if the liberals controlled both houses of Congress and the Presidency. There is no doubt in my mind that they would use the crisis to do everything possible to restrict Christian freedoms. They hate Christianity with a passion because they view it as their greatest obstacle to the transformation of America into a socialist society where government controls the economy and Christian morality is taboo.

When New York City Mayor, Bill de Blasio, arrogantly threatened to permanently close any church that might violate his orders, he boldly expressed the secret desire of all liberal “progressives.”

Our Constitution guarantees the “free exercise of religion.” President Obama rephrased it over and over in his speeches as “freedom of worship.” What he was saying was that, in his opinion, the only thing the Constitution guarantees is the freedom to worship God as you please — inside your church building, synagogue or mosque. But nothing beyond that. And, my friends, that is where our increasingly pagan society is headed.

Likewise, the “progressives” can hardly wait to greatly expand hate speech legislation to include any preaching or teaching or advocacy against abortion and sexual perversion.

The Need to Take a Stand

Christians must not remain silent on these issues, even if it means fines and prison time.

We must have the same attitude as the Apostles who founded the Church. When Peter was dragged before the Sanhedrin Council and condemned for preaching the Gospel, he boldly responded, “We must obey God rather than men” (Acts 5:29).

Are you willing to do that? You might keep in mind that the Apostle Paul wrote some of his best stuff from a jail cell!

Apostle Peter: We must obey #God rather than men. (Acts 5:29) Click To Tweet
Church and Ecclesiology   God   Society   United States of America