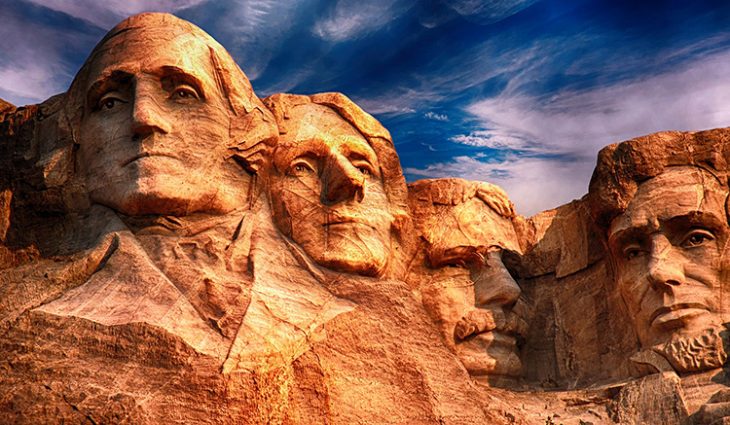 “The foundations of law and order have collapsed.
What can the righteous do?”
(Psalm 11:3)

When the mobs started tearing down statues of Confederate generals, we yawned. When they shifted their attention to memorials of Confederate soldiers, we shrugged our shoulders. When they actually started destroying statues of abolitionists, including President Abe Lincoln, we woke up. It was only when the mobs decided that the Lincoln Memorial, the Jefferson Memorial, and the images of presidents on Mount Rushmore had to be destroyed that we became outraged.

What we have been witnessing is barbarians intimidating spineless politicians who are unwilling to take any decisive action to stop the insanity — forcing President Trump to intervene.

There is really no justification in destroying any of these statues. One of the most beautiful ones to come under attack is in Dallas, Texas. It depicted General Robert E. Lee riding a horse with a young boy riding alongside of him. It was sculptured by A. Phimister Proctor (1860-1950), who is considered to have been one of the greatest sculptors of animals. 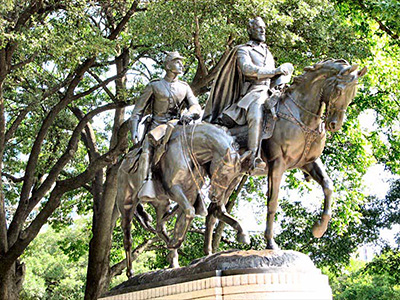 The statue was dedicated on July 12, 1936 by President Franklin D. Roosevelt who described Lee as “one of the greatest American Christians and one of our greatest American gentlemen.” At least this priceless work of art was not destroyed. Instead, the Dallas City Council voted to remove it and put it in storage.

All across the South, governors and mayors have given in to pressure to remove memorials to Confederate soldiers. This has been very disturbing to me. These are not memorials to slavery. They were erected in memory of husbands, fathers, sons and brothers who were killed in America’s bloodiest war. What about their descendants? Are we to have no compassion for them as the memorials to their ancestors are defaced, destroyed or hidden?

A Local Example of Compassion

In McKinney, Texas, close to where I live, there is a beautiful cemetery still in operation today that contains the burial places of many Confederate soldiers. Are their graves to be desecrated?

I am pleased to report that just the opposite has been the case for several years — all due to a Boy Scout who needed a community project to earn a particular merit badge. His parents had been taking him for years to visit the cemetery on each Memorial Day because the city sponsored a special commemorative service. The boy noted that a small flag was placed at the grave of every person who had served in the U.S. Armed Forces, but there was no recognition of Confederate graves. So, he came up with the idea of also marking the graves of Confederate soldiers with a Confederate flag.

It was an idea that deeply touched the hearts of many people because it was an idea motivated by love rather than hate. I was pleased to see this last year that the procedure was still taking place, although the Confederate Battle Flag had been replaced with the regular flag of the Confederacy.

Once the mobs started tearing down statues, their appetite became both insane and insatiable. The wonderful Lincoln Emancipation statue in Washington, D.C., and its duplicate in Boston became targets. 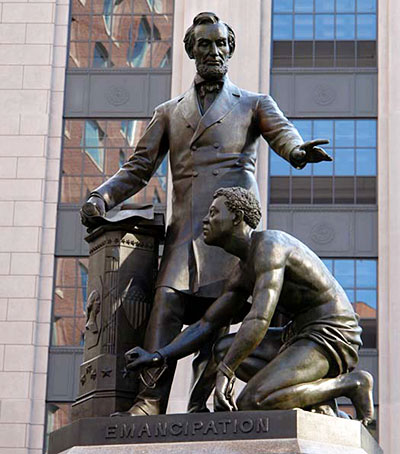 Why Lincoln? There didn’t need to be any reason — although some were given. “The statue shows a black man kneeling before a white man.” No, it shows a freed black man rising up from his slavery. One mob member justified his actions by declaring, “Lincoln didn’t go far enough!” Incredible! Lincoln only gave his life in behalf of emancipation.

President Trump intervened to save the statue in Washington, D.C., and he provided protection for all the other statues in the city. In contrast, the Boston City Council voted unanimously to remove their copy of the statue to storage!

Incidentally, the original Lincoln statue in Washington, D.C. was paid for by donations from former slaves. It was dedicated on the 11th anniversary of Lincoln’s death by Frederick Douglass, who was the leading black abolitionist. Why in the world would such a statue be offensive to those demonstrating against racism?

The Height of Irrationality

The point is that reason has been thrown to the wind. Further evidence can be found in the wanton destruction of the statue of Hans Christian Heg which has stood in front of the Wisconsin Capitol building since 1925. And its destruction was not enough to satisfy the mob. They actually hauled the statue to Lake Manona and threw it into the water! 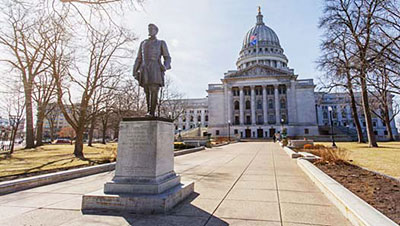 Statue of Hans Christian Heg at the Wisconsin Capitol. (www.i-Stockphoto.com)

And who was Mr. Heg? He was a Norwegian immigrant who came to the United States in 1840 and became the leading abolitionist in the State of Wisconsin. He was appointed a colonel in the Wisconsin infantry and was killed in the Battle of Chickamauga in Georgia in September of 1863 while fighting to free the slaves.

The rationale for destroying Heg’s statue was the same as an attempt to destroy Ulysses S. Grant’s statue in New York City. It just happened to be convenient. Who cares that Grant led the Union Forces to the victory that freed the slaves? Mobs are not characterized by rationality.

Further, these actions have made it clear that anarchists who hate America have been using racial equality as a pretext for rampant and widespread destruction. Yet cowardly politicians continue to do nothing in response for fear they will be labeled “racists.”

And then, there are our Founding Fathers — like Washington and Jefferson and Hamilton. They have to go too. After all, they actually owned slaves. Yes, they did, as did most of the people worldwide at that time who could afford to do so. But through the Declaration of Independence and our Constitution, our Founding Fathers laid down the philosophical principles that guaranteed the ultimate abolition of slavery.

Tearing down statues does not erase history. But it does help to hide it from future generations. And that is dangerous because those who do not know history are destined to repeat it. Why not use these monuments as teaching aids to impress upon young minds the horrors of racism?

Further, if we can erect statues only to perfect people, then all statues must come down, including the newly erected one of Martin Luther King, Jr. There has been only one perfect person, and that one is Jesus of Nazareth. And even His statues have come under attack because “they portray Him as a white man.”

All of this statue-bashing is just sheer insanity.

I have a crucial question for the persons in the mobs. Why do they think they are so morally superior to the people whose statues they are defacing or destroying? I would be willing to say that the overwhelming majority of those participating in the mobs favor the killing of the most innocent life on planet earth — namely, babies in their mother’s wombs.

Our Founding Fathers would have been adamantly opposed to abortion. In fact, it would have been beyond their imaginations that American society would ever become so secular and pagan that the murder of babies would become legal.

I wonder, too, how many of the self-righteous people in the mobs are living together immorally without being married? How many of them are actively involved in promoting the Sexual Perversion Movement in our nation? How many are obsessed with pornography? How many are motivated by an overwhelming hatred of Christianity and the Bible? How many of them are anti-Semites, like the leadership of the Black Lives Matter organization? In the words of Jesus, “Let him who is without sin cast the first stone” (John 8:7).