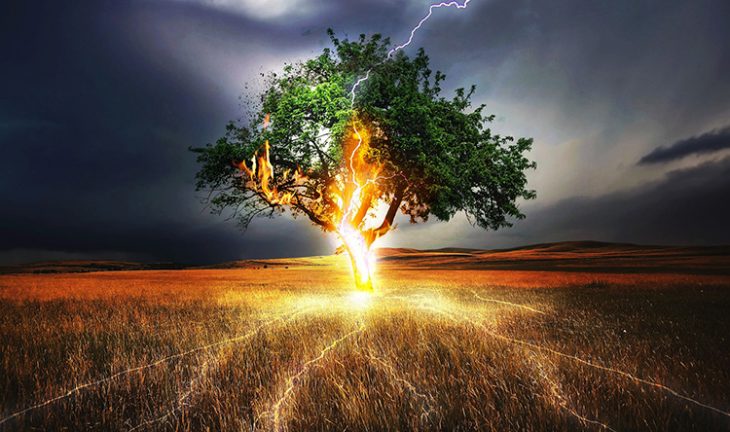 Now may the God of hope fill you with all joy and peace in believing, so that you will abound in hope by the power of the Holy Spirit (Romans 15:13).

I received a message recently from a gentleman who wrote to complain about our publishing too many negative articles. He suggested that we write more about hope.

I was surprised by his complaint because each of our staff members who write for Lamb & Lion Ministries always try to end our articles with an assurance of hope. We have done that consistently since the beginning of the ministry in 1980.

What has changed is that in the decade of the 80s, we would usually conclude any article about our nation by pointing the reader to 2 Chronicles 7:14, asking them to pray for a spiritual revival in America. That passage says: “If My people who are called by My name will humble themselves and pray and seek My face and turn from their wicked ways, then I will hear from heaven, will forgive their sins, and will heal their land.”

In the 1990s I stopped referring people to that passage because I came to the conclusion that our nation had passed the point of no return in its rebellion against God. I no longer believed there was any hope for our nation. We had come too far in our rejection of God. Therefore, when it came to hope, I shifted my attention from our nation to individuals.

I began to stress that even though I felt there was no hope for America, there is incredible hope for those who put their faith in Jesus. Yes, there is gloom and doom in Bible prophecy, but it is for unbelievers — for those who reject the grace that God provides through faith in His Son, Jesus.

For those who put their faith in Jesus, there is incredible hope. First, there is the indwelling of the Holy Spirit who will guide us, console us, pray for us, and enable us to understand the depths of God’s Word. Then, there is the promise of life after death — life in a glorified body that is perfected and immortal!

David Reagan: For those who put their #faith in Jesus, there is incredible #hope—the Holy Spirit who will guide us, the promise of life after death, and the #Rapture of the Church. Click To Tweet

Believers even have the hope of escape from this steadily darkening world of immorality and violence. That hope is called the Rapture of the Church, which will occur before the Great Tribulation begins. Yes, Church Age believers — both the living and the dead — will be taken off this planet before God begins pouring out His wrath on the world’s rebellious nations.

Does the sealed fate of our nation mean we are to do nothing in response? Not at all! We are to be salt and light, standing up for and speaking out in behalf of righteousness. But far more important, we are to share the Gospel with as many people as possible as quickly as possible because the signs of the times clearly indicate that we are living on borrowed time.

And that is what this ministry is all about. On the negative side, we have been called to identify the sins of our nation, call people to repentance and warn of the impending doom of our nation. But on the positive side, we have been ordained to proclaim the soon return of Jesus, first in the Rapture, and then in His Second Coming to this earth when He will rule in glory and majesty from Mount Zion in Jerusalem, and the whole world will be flooded with peace, righteousness and justice.