Jesus Died for Your Sins: What Does this Mean? 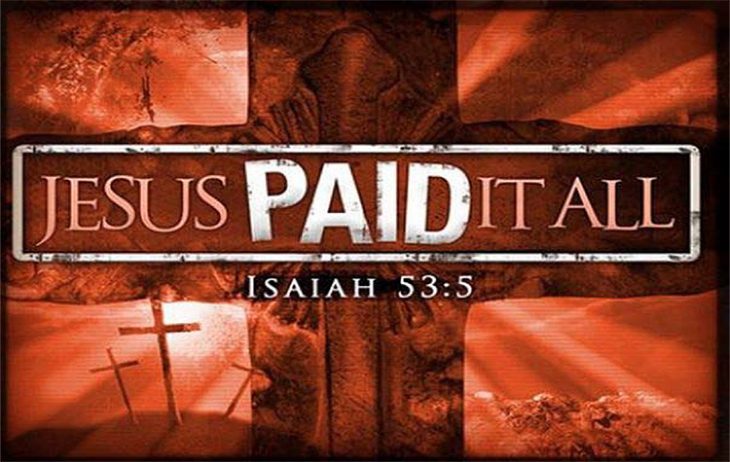 I had no idea what that meant, nor did I understand similar statements like, “You are saved by the blood of Jesus” or “Jesus paid it all.” But I trusted my Bible teachers and preachers, so when I was 11 years old in May of 1950, I accepted Jesus as my Lord and Savior and was baptized. I figured I didn’t need to understand these statements any more than I needed to understand why a light came on when I flipped a switch.

When I was in my late teens, I started asking questions about the meaning of these statements, and the best explanation I received was that being saved by Jesus was like being condemned to death for committing a murder and then having a friend step up to the judge and volunteer to take my sentence in my behalf. That explanation helped, but I later discovered that it needed to go deeper than that.

So, let me attempt to put it in simple, understandable, biblical terms.

The Bible says that all of us are sinners. Of course, we know that, but without the Word of God to confront us with the reality, we can always manage to deal with our sins by explaining them away with excuses or by blaming them on others.

For all have sinned and fall short of the glory of God (Romans 3:23).

If we say that we have no sin, we are deceiving ourselves and the truth is not in us (1 John 1:8).

The second fundamental truth we need to recognize regarding sin is that it produces death. We die because we are sinners. The Bible puts it in colorful language: “The wages of sin is death” (Romans 6:23).

Salvation Before the Cross

In Old Testament times, people dealt with their sins by putting their faith in God, which they manifested by offering animal sacrifices. Why sacrifices? Because the Bible teaches that the life is in the blood (Leviticus 17:11) and “without the shedding of blood there is no forgiveness” (Hebrews 9:22).

But the shedding of the blood of animals was insufficient to pay in full the penalty for our sins (Hebrews 9:12-14). These sacrifices only covered the sins. They did not result in complete forgiveness. That’s the reason that before the Cross, when believers died, their souls went to a compartment called Paradise, which was located in a place called Sheol (Hades in the New Testament). They could not go directly to Heaven and be in the presence of a Holy God until their sins had been completely forgiven. The souls of unbelievers also went to Sheol, but to a compartment called Torments (Luke 16:19-31).

The Solution to Sin

So, what was needed? A perfect man who never sinned. Only such a person who did not deserve to die could legitimately serve as a substitute for all of us who deserved death.

Jesus was that person. He lived a sinless life. This fact is affirmed many times in the Scriptures. For example, the Apostle Peter proclaimed, “He [Jesus] committed no sin, nor was any deceit found in His mouth” (1 Peter 2:22). The Apostle John made the same claim when he wrote, “…in Him [Jesus] there is no sin” (1 John 3:5). The author of the book of Hebrews stated that Jesus can “sympathize with our weaknesses” because He was “tempted in all things as we are, yet without sin” (Hebrews 4:15).

So, Jesus was the only person who has ever lived who did not deserve to die because He never sinned. Thus, when He died, he did so voluntarily, taking upon Himself the sins — past, present and future — of all those who place their faith in Him.

Salvation Since the Cross

We are told that after His death, Jesus descended into Hades and made a proclamation (1 Peter 3:18-19). We are not told what He proclaimed, but most likely, it was the declaration that “the blood has been shed.” That meant the sins of those in Paradise were no longer just covered. Rather, they were now completely forgiven. And thus, we are told in Ephesians 4:8-10 that when Jesus ascended into Heaven, He took those in Paradise with Him, and since that time, when believers die, their souls go directly to Heaven.

That’s why Roman 6:23 does not end with the statement that “The wages of sin is death.” The verse continues by declaring triumphantly, “but the free gift of God is eternal life in Christ Jesus our Lord.” And that, my friends, is justification for shouting, “HALLELUJAH!”