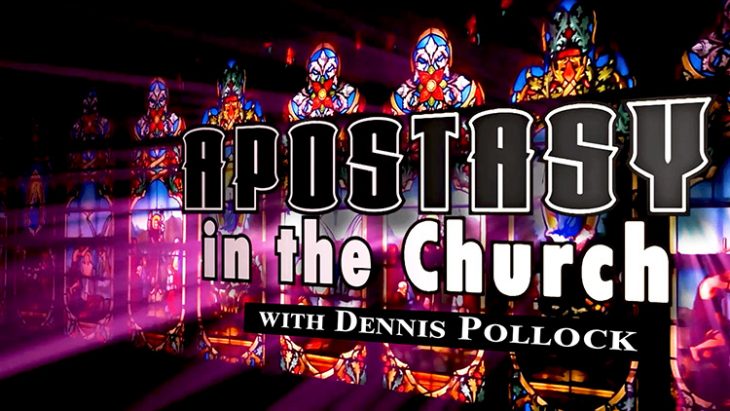 In Part 1, we defined apostasy and heresy and debunked the heresies that deny Jesus as God and the Bible as the inspired Word of God. Now we’ll look at the claim that the God of the Old Testament was a different being than the God of the New Testament.

Tim Moore: Many Christian teachers today have latched on to the misguided claim that the God of the Old Testament was always angry and upset and full of wrath, yet Jesus was full of grace and love, concluding that there’s an obvious dichotomy and therefore these are different Gods. We do not believe that to be true. So, Dennis, how would you answer this claim?

Dennis Pollock: No, there there are not two Gods — the God of the Old Testament God and the God of the New Testament. The same God can be found all the way throughout the Scriptures. God the Father has provided forgiveness through God the Son, but God the Trinity still gets upset over our sin. In truth, Jesus was really tough on sinful behavior, just as the Father was and is.

It’s the same reasoning for those who wish to believe in Paul but not Jesus. These apostates claim that Paul said that behavior does not matter, just believe. You don’t have to change. You don’t have to be anything different than what you are. Obviously, they like that idea. They like the idea that they can become a Christian yet never have to change at all because Paul said you just have to believe.

But, that’s absolutely wrong for so many different reasons. One of them would be, are they really reading Paul? Because Paul could be just as tough as Jesus was in condemning sinful lifestyles. He even said, “I declared that men should repent and turn to God and do works that befit repentance” (Acts 26:20).

Tim Moore: Their unscriptural thinking goes in keeping with the whole teaching of hyper-grace, meaning the teaching that there’s no need for repentance. They claim that once you are saved you can still do anything you want for God’s hyper-grace covers you. You never have to have a penitent spirit or a contrite heart ever again because all of your sins are covered. But, that’s not what Jesus would teach, nor what Paul would say.

Dennis Pollock: No, true. Let me give an illustration that may help people see how absurd this claim is. When I was young I went to a church where we had testimony meetings. People would get up and they would testify to what the Lord had done for them, share how they got saved, and so forth.

So, let’s imagine a testimony in a homegroup. There are maybe 20 people in the home and several new believers are getting up to share their story. One of them gets up and says, “Praise God, Hallelujah. Jesus has saved me.” Everybody else says, “Amen, Hallelujah!” He says, “Let me just tell you what the Lord did for me. Before I was saved, I was a thief. I would go into houses when people weren’t home and I would burglarize them. I would take their stuff and go.” He added, “But, now I am born again. I didn’t have to change. I only had to believe.” He then concludes, “So now I’m a Christian thief. After I steal all of their valuables I leave a Gospel tract on the kitchen table.” And everybody responds with, “Praise the Lord! Hallelujah.”

Then another lady gets up and she testifies, “Before I was a Christian, I used to sleep around. I slept with almost all of my coworkers. But, now that I’ve been saved, well, I still sleep around, but I tell them, ‘Jesus loves them’ at the end.”

How ridiculous of an idea that you never have to change and leave your sinful life behind upon salvation!

Dennis Pollock: How ridiculous of an idea that you never have to change and leave your sinful life behind upon #salvation! Click To Tweet

But, back to Paul. Look at the example of Romans 5, which is all about grace. Paul explains how we are justified by grace through faith and not by works. That fits in with their idea of hyper-grace. But, now look at Romans 6. Paul turns around and asks, “Shall we continue in sin that grace may abound?” He replies, “God forbid!” or “Certainly not!” He explains in verse 14, “For sin shall not have dominion over you, for you are not under law but under grace.” He goes on and on explaining how when you become born again you change, and if you haven’t changed, well then you haven’t been born again.

The Apostle James tells us that faith without works is dead. When talking about believing God, He said the demons believe and they tremble. Demons in some ways are smarter than a lot of people who call themselves Christians. At least the demons tremble over the fact that they know they are not going to Heaven. But, there are a lot of Christians who don’t even tremble. They live as they want. They’ll sleep around. They’ll do this. They’ll do that. They claim, “All I have to do is believe.”

Well, they are going to be in for quite a shock because Jesus said in Matthew 7 that people were going to come to Him on the last day and say, “Lord, Lord, we’ve done all kinds of things in your name.” But, He is going to respond with, “I never knew you; depart from Me, you who practice lawlessness!”

Nathan Jones: The same God who provides forgiveness to the penitent is the very same God who brings judgment on the lawless. God never changes (Mal 3:6). He is the same “yesterday and today and forever” (Heb. 13:8).

In the third part of this discussion about major apostasies, we’ll next look into the Prosperity Gospel heresy.