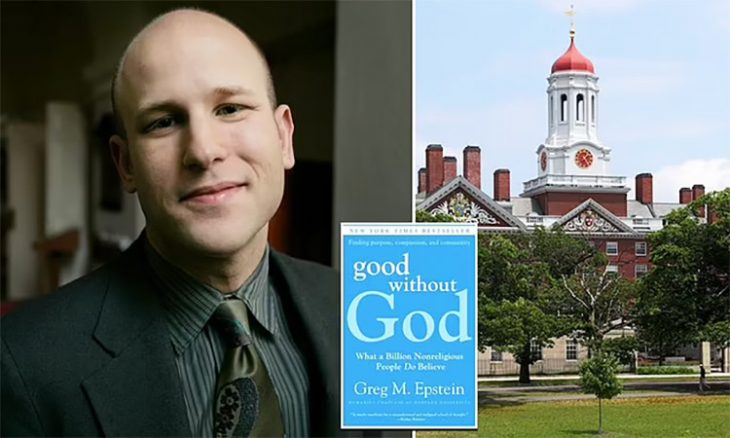 When Satan first endeavored to deceive Adam and Eve, he did so by discrediting God. His sly twisting and contradictions of God’s clear instructions stoked sin in the human heart. The resulting curse consigned the creation to decay and mortal man to eventual death.

In the generations that followed, mankind strayed further and further from the living God. Recognizing the existence of a spiritual realm beyond our physical senses, many cultures fashioned and worshiped false gods. Satan and his entourage of rebelling spirits lurked behind every idol crafted by the hands of men.

In today’s upside-down world, there are men and women who profess to be Satanists. They laud the devil as lord and seek to purposely offend God Almighty. Their eventual recognition of truth will be tragic and swift if they pass from this life adhering to such foolishness.

Additionally, a rising chorus of people — especially in the former Christian West — now assert their rejection of any belief in God. They claim an enlightenment that frees them from belief in any deity. These self-claimed atheists instead worship humanity. Calling themselves humanists they believe that mankind will elevate its collective consciousness, leading to a utopia without suffering, want, or war.

When asked about their religious affiliation in nationwide polls, more and more young people are declaring themselves to be “nones” — meaning that they refuse to affiliate with any religion, especially Christianity (see the Pew Forum).

Our own culture’s slide into post-Christian oblivion was deceptively slow over the past century. But lately, the rush toward secularism is accelerating with shocking speed. One such example of this occurred when Harvard University elected an avowed atheist to serve as its head chaplain.

Greg Epstein has been the humanist chaplain at Harvard since 2005 and at MIT since 2018. The New York Times reports that his focus is “teaching students about the progressive movement that centers people’s relationships with one another instead of with God.” His book asserts his belief that people can be “good without God” — a pointed rejection of God’s testimony. Speaking of the sons of men the LORD said, “They have all turned aside, together they have become corrupt; there is no one who does good, not even one” (Psalm 14:2-3 and 53:2-3).

Epstein’s identification with the progressive movement is telling. Most Americans are familiar with progressives like Alexandria Ocasio Cortez and Bernie Sanders. This ultra-Left fringe of American politics is committed to unlimited abortion on demand, socialist policies at every level of government, the sexual revolution in general and LGBTQ advocacy in particular, and condemnation of Israel. The unifying inspiration for such an unholy mantra is a vehement rejection of God.

These modern-day pagans consider the God of the Bible to be an oppressive, patriarchal, white-privilege relic of the past that must be rejected and opposed. They ascribe to humanism that aspires to Satan’s false promise “… you will be like God” (Genesis 3:5). Reflecting on the rebels of Babel, they seek to build and make for themselves a name. The age-old aspiration to “reach for the heavens” in this context implies a clear rejection of the true and living God.

Although atheism in America is growing like a cancer, there is nothing new about this lie. David observed, “The fool has said in his heart, ‘There is no God'” (Psalm 14:1).

In his letter to the Romans, Paul spoke of those who willfully flaunt their rebellion.

For even though they knew God, they did not honor Him as God or give thanks, but their thinking became futile in their speculations, and their foolish heart was darkened. Professing to be wise, they became fools. (Romans 1:21-22)

We could begin understanding God and His provision for mankind just by believing and obeying His testimony about the beginning. Instead, America is enthusiastically rejecting God’s prescription for human flourishing in Genesis 1 and 2:

What Does It All Mean?

The world seems bent on pursuing foolishness. Christians should stay grounded in the Truth — and rooted in the One who created us all. In the fullness of time, He will deal with those who reject Him and “take counsel against the LORD and His Anointed” (Psalm 2:2).

The fact that our society is being “given over” to lusts, degrading passions, and a depraved mind proves that His wrath will soon be revealed (Romans 1:24, 26, 28, 18).

We are living in the season of the Lord’s return!